Competing in the Pro-Am division, Mayer passed defending series champion and pole winner Mike Skeen on the ninth lap and gradually pulled away in the 25-lap contest that ran green start to finish.

“It's about time I won a race here at my home track!" said Mayer. "To win here is just huge. I've been trying to win here the last three years, that's like an eighth of my life. I can't thank the TeamSLR guys enough. This is my last Trans Am race of the year, and they rolled the car off the trailer this way, that's how good this team is. This series is just so fun. It's great to win in front of all my friends and family."

The second-generation driver from Franklin, Wisc., is the son of former Indy Car driver Scott Mayer, who won a Grand-Am Rolex Series race for Starworks Motorsport in 2013 at Road America. 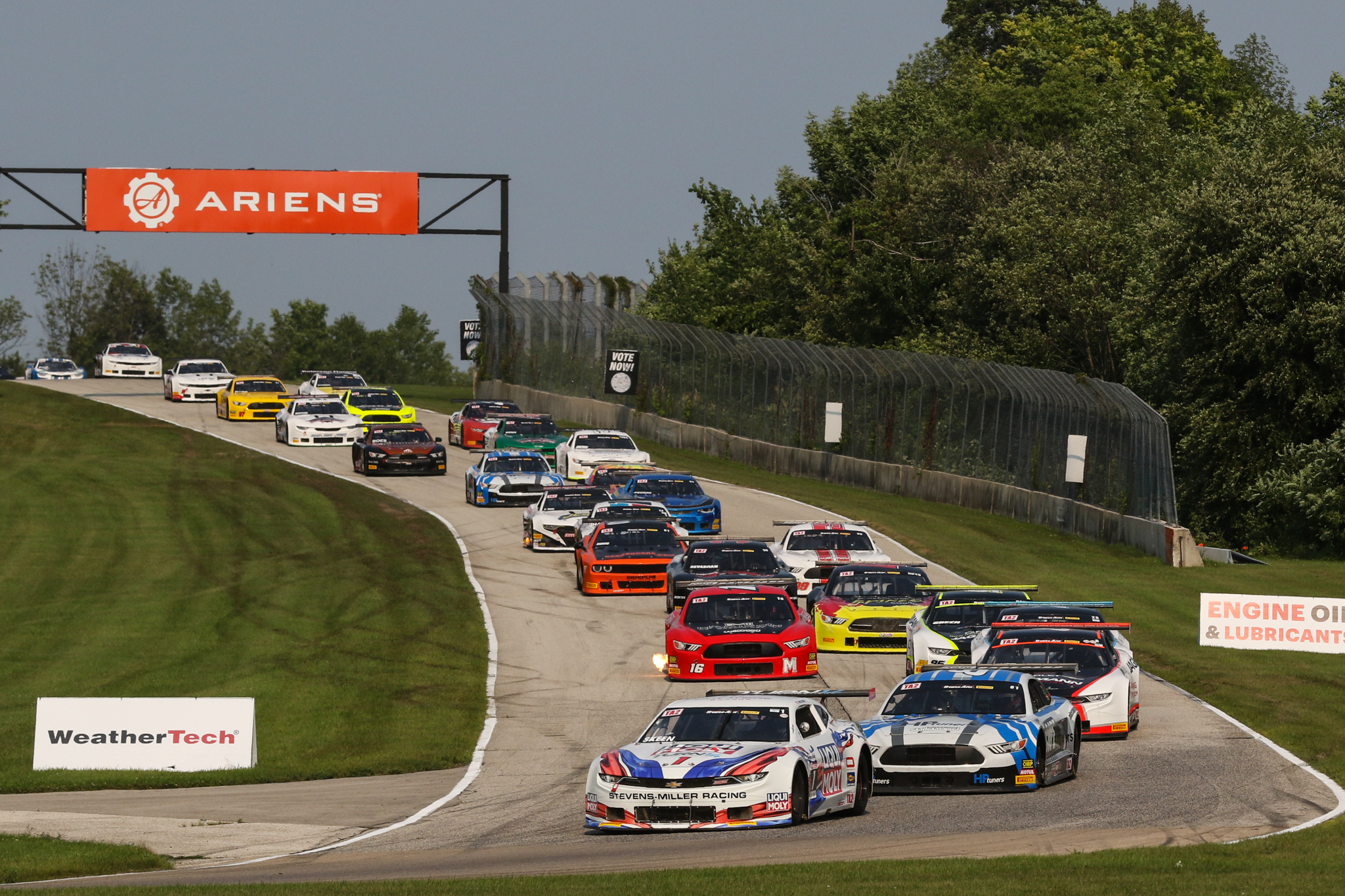 "It is a lot more stressful watching him drive than driving here myself," said Scott Mayer. "What a great day. This kid is unbelievable, he makes me look like garbage, he is that good. He is the man, I am so proud of him."

The leader of the TA2® Pro-Am class, Sam Mayer won a Trans Am West Coast Championship race at Sonoma and finished second in the ProAm debut at Charlotte. He finished second at Road America in 2020.

Skeen, who started the race from pole, took advantage of Connor Mosack’s misfortune to take second, 5.224 seconds back, in the No. 1 Liqui-Moly/Turn 14 Distribution Chevrolet Camaro. (Video: Mike Skeen Qualifies on Pole at Road America)

"The first few laps I thought this was going to be the easiest race of my life, we felt like we had great pace," explained Skeen. "Then all of a sudden TeamSLR turned it up and had tons of speed. I didn't want to battle with them that early so I thought that I would follow along and let them wear down. I was able to do that with Connor (Mosack) but by that time, Sam (Mayer) was already checked out."

Starting at the back of the grid after failing post-qualifying technical inspection, Rafa Matos electrified the crowd by charging from 36th to finish third in the No. 88 3-Dimensional Services Ford Mustang.

"We were so disappointed after the issues we had in yesterday’s qualifying," Matos said. "I promised my guys we would have a good day today. We went from the back to the front last year (when he also finished third). We were hoping for a double yellow at the end so we could try to pass the two guys ahead of me. It's my first Trans Am race in a long time that went full green, so I was surprised when the yellow never came. It was a good day for points and with how the day started, we are happy to be on the podium." 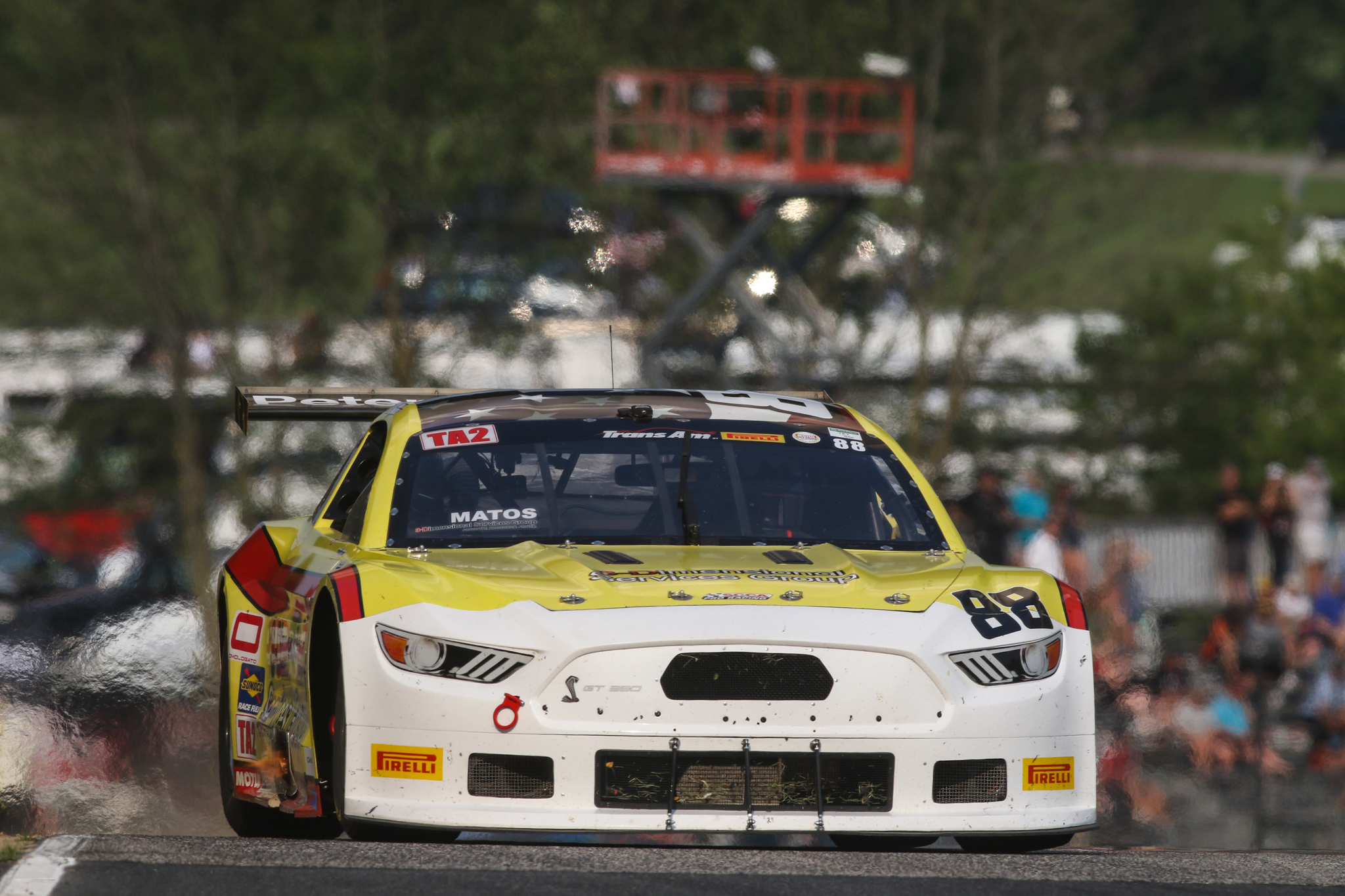 Scott Borchetta took a career-best fourth in the No. 48 Big Machine Vodka Ford Mustang. The drive earned Borchetta the ChillOut Move of the Race.

"Everyone is so aggressive on the start so we wanted to make sure we had a clean start, getting through turn 1 and 2," said Borchetta. "Then it was just working on our race pace, hanging with Sam (Mayer) and Connor (Mosack), then of course Mike (Skeen) and (Thomas) Merrill. I just wanted to keep putting consistent laps in. I am just so proud of the team, there's so much work that goes into getting these cars out on the race track every week."

The heartbreak of the race was suffered by Connor Mosack, as he looked to better last week’s career-best third place finish. Running second with only four laps remaining, Mosack went off and hit the wall in the No. 28 NicTailor/FS M1-SLR/Fields Camaro, putting him out of the race.

Championship contender Thomas Merrill ran third on the opening lap, but his new engine began overheating and he parked the No. 81 HP Tuners/Mike Cope Racing Mustang on the fifth lap. 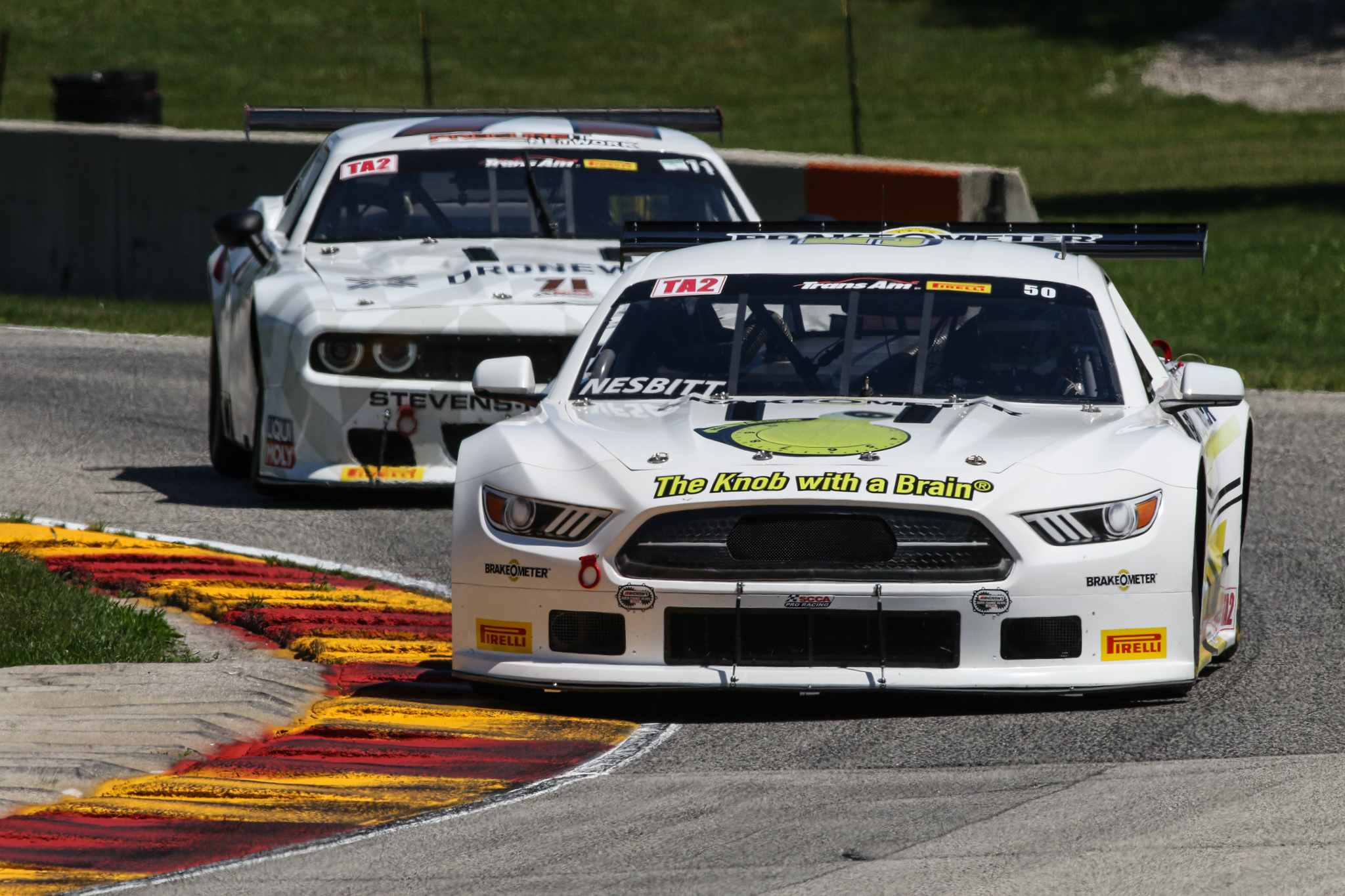 Others falling out included NASCAR drivers Ty Gibbs – who ran fourth in the early laps – and Christopher Bell.

Doug Peterson took the Masters Award with a 14th-place finish.

Bruce Nesbitt marked his 50th anniversary in Trans Am competition, placing 26th in the No. 50 BrakeOMeter Ford Mustang. It was the 99th career start for the Chicago businessman/driver.

The TA/XGT/SGT race is set to start at 8 a.m. CT on Sunday. The next TA2® race will be at Brainerd International Raceway on Sunday, July 18.