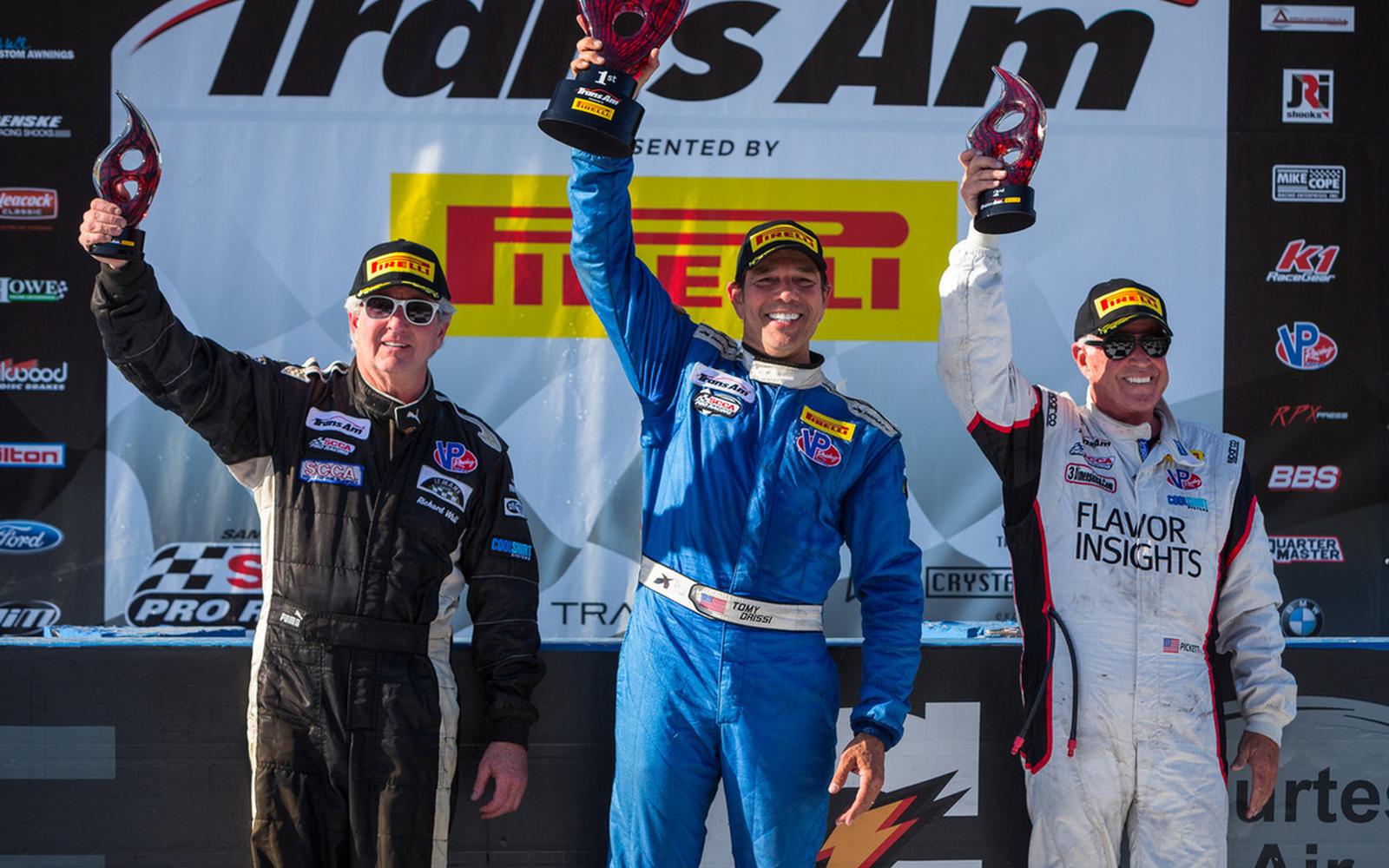 Fontana, CA – May 2, 2017 – The 2017 West Coast Trans Am Championship presented by Pirelli roared back into California this weekend with the second round of the regional series set at Auto Club Speedway. The SVRA combined weekend delivered more exciting racing out West for car fanatics in So Cal.

A premium field was assembled for the TA class, with Richard Wall resuming his seat in the No. 7 GoShare/Weld Fixtures Burtin Racing Chevrolet Corvette. With a new engine and Wall’s continued progress and increased familiarity with the car, the team was looking to build on a highly promising second place finish last time out at Willow Springs.

“We were on the pace but couldn’t quite close the gap to the front two,” Richard Wall stated after the race. “The team worked really hard all weekend. I’m getting to know the car better every time we go to the track, so hopefully, there is more to come.”

Wall sits third place in the standings for the chase of the Trigon Trophy. He has positioned himself well heading into the final two races of The Trans Am presented by Pirelli TA class for the West Coast Driver’s Championship which will conclude with the season finale at Circuit of The Americas Nov 4.

Burtin Racing would like to thank the GoShare drivers from the Los Angeles area and employees based out of the San Diego main office who joined the race day festivities. The group arrived at a GoShare truck corral, followed by parade laps around the track, and lunch before the race. Visit our gallery at burtinracing.com for event photos.

“We would like to thank Burtin Racing, Trans Am and the Auto Club Speedway of California for their hospitality. The race was exhilarating to watch and everyone on our team had a great experience at the track. It was an unforgettable opportunity to get up close and personal with the drivers, the race cars, and the pit crews,” GoShare CEO Shaun Savage stated after the event.

The West Coast Trans Am Championship presented by Pirelli takes a break before returning to Portland, Oregon at the International Raceway during the weekend of July 29 and 30.