ELKHART LAKE, Wisc. (5 August, 2020)-  After back-to-back races at Mid-Ohio Sports Car Course and Brainerd International Raceway earlier this month,  the Trans Am Series presented by Pirelli drivers spent a weekend off before returning to race action for the double-header Trans Am weekend at Road America.

Racing as part of the NASCAR Xfinity event, Trans Am will showcase two 25-lap (100-mile) contests on Saturday. The first will feature the Trans Am, Xtreme GT, SuperGT and GT classes, followed by the Muscle Car Challenge featuring the TA2® powered by AEM class. (Watch Live)

With a stable Trans Am rules package that delivers close racing, powerful machines that skip the driver aids and put the racing in the drivers hands, and a schedule that includes some of the most iconic race tracks on the continent, the TA2® powered by AEM class has become a popular choice for up-and-coming NASCAR talent.

In effort to accelerate his racing career, reigning NASCAR K&N Pro Series East champion Sam Mayer debuted in Trans Am last season under the TeamSLR banner in select races. In the very competitive TA2® field, Mayer held his own against seasoned veterans and multi-class champions.

Fielding the No. 96 M1 Racecars Chevrolet Camaro, Mayer rejoins the TeamSLR crew running beside teammate Scott Lagasse Jr. TeamSLR, in partnership with Fields Racing, provides a competitive opportunity for drivers like Mayer to hone their road racing skills in top equipment combined with  proven road racing driving techniques in preparation to compete with the best in NASCAR.  With years of experience in NASCAR and Trans Am, Lagasse Jr. serves as the perfect mentor for the 17-year-old Mayer.

“I am lucky to have the opportunity to race with Scott Lagasse and TeamSLR,” said Mayer. “Scott has taught me a lot about braking and the minute things that add up to make a better lap. The TA2® cars are a similar drive on road courses to the ARCA cars, and getting this extra seat time with a driver like Scott is invaluable.”

As a Wisconsin native, Mayer considers Road America his home track, even though he’s never competed on the legendary circuit. Pressed up against the fence line watching his dad, Scott Mayer, wheel laps around the legendary circuit, Mayer has several fond memories there, including his dad’s Grand-Am Rolex Series win in 2013.

“The first time I ever watched my dad live was at Road America and he won (Grand-Am 2013),” Mayer recalled. “Road America is my dad’s favorite track. He told me to not underestimate The Kink.” 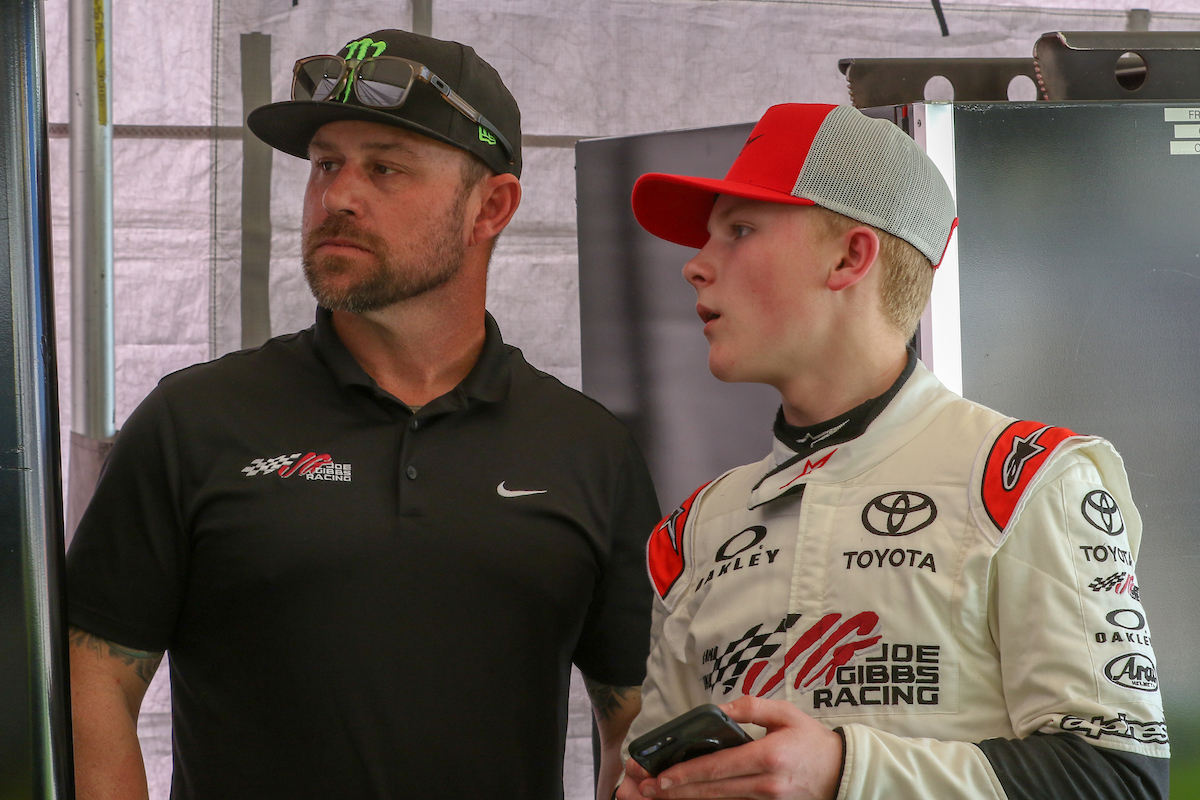 Combining the prowess of a purpose-built racing platform, relevant manufacturer power plants and a rules package that focuses on excellent cost containment, the TA2® class represents an outstanding value platform in racing. With engines capable of lasting an entire season and cost control measures that allow drivers to fully focus on racing, not the financing of it, while showcasing their talents and skill.

“We firmly believe that the TA2® powered by AEM class is not only a tremendous value for the competitors, but it is also an outstanding platform from the competition side,” said Trans Am President John Clagett. “We’ve attracted a lot of different kinds of racers to this class, and it is a testament to the structure of the class that some of the next guard of NASCAR racers are coming here as part of their development.”

The Trans Am Series presented by Pirelli field will participate in a test day on Thursday. Friday kicks off with a pair practice sessions in the morning, followed by split back-to-back qualifying sessions in the afternoon.

An exclusive opportunity for fans with the Trans Am by Pirelli Racing App will be available for the Road America weekend. Fans with the app will be able to choose from five different on-board cameras to watch the race from a driver’s perspective. (Download here)