Trans Am Series Heads to Circuit of the Americas

AUSTIN, Texas (1 October 2019)-  With a season-high number of entries and multiple championships at stake, the Trans Am Championship presented by Pirelli descends on Circuit of the Americas (COTA) to stage the penultimate race weekend of the national championship as well as the final event of the 2019 Trans Am West Coast Championship. One of the most modern circuits on the Trans Am schedule will play host to the thunder as the largest field of the year takes to the Texas track with a mix of 54 TA, TA2 powered by AEM, SuperGT and GT class machines.

The Trans Am Series will present two 102-mile (30-lap) races at the 20-turn, 3.427-mile circuit. The Trans Am 100 race, featuring theTA/SGT/GT classes, will take place on Saturday, while the TA2 powered by AEM class will have the Muscle Car Challenge on Sunday.

The largest TA2 powered by AEM field of the year will look to get up to speed with a pair of test sessions on Friday, with qualifying set for Saturday.  With 33 TA2 cars entered for the weekend staked with season veterans like NASCAR star Mike Skinner (No. 69 Multi Building Services Inc. Chevrolet Camaro) and Texas-natives vying for the Southern Cup Championship, Virginia International Raceway round winner Marc Miller (No. 40 Prefix / Stevens-Miller Racing Dodge Challenger) can relax a little bit knowing he only has to take the green flag on Sunday to clinch the national TA2 championship. 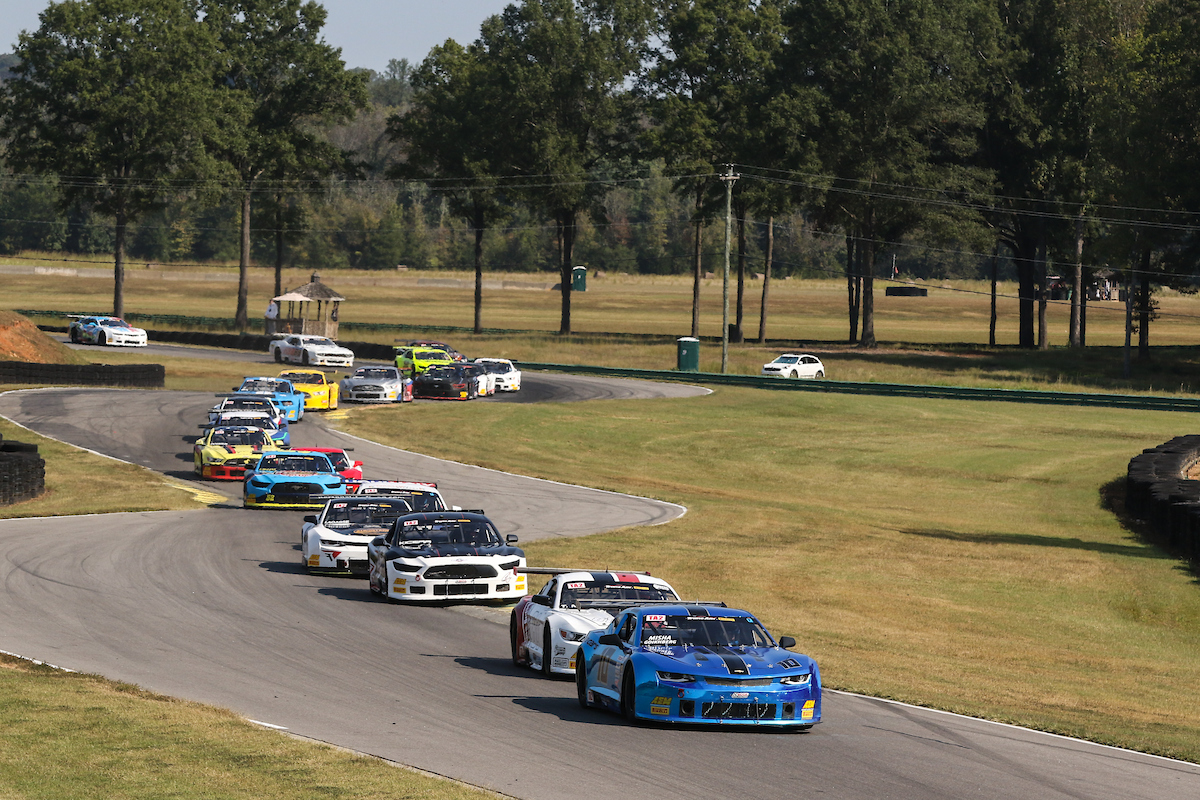 "I absolutely love COTA,” said Miller. “It has a bit of everything and I have a lot of great friends in Austin and the racing environment is great. It would be nice to continue podium runs or have a shot at the pole there so my focus will be to keep the pressure on. SMR has done a great job preparing fast and reliable equipment for our team all year. As a driver I want to be able to reward them with race wins, podiums and a championship. Overall it would be great to see all of our full-season entries make it into Top 10 results this year and bring home a Team Championship for SMR!”

With six top-10 finishes and one top-five standings so far this season, Lawless Alan (No. 52 AutoParkIT Ford Mustang) has the opportunity to secure the Rookie of the Year award in TA2. While Alan could take top rookie honors at COTA, the NASCAR K&N Pro Series part-time driver is on the hunt for his first podium of the year.

“The competition in Trans Am is world class,” said Alan. “You have drivers that have competed in IndyCar, IMSA, different European series, previous Trans Am champions and some of the best road course drivers in the world. So to come in and be challenged with new tracks from week to week and then to also be running up front with this level of talent is just really fantastic.”

Defending TA class title holder and current points leader Ernie Francis, Jr. (No. 98 Frameless Shower Doors Ford Mustang) is hoping to fend off Chris Dyson (No. 20 Plaid Ford Mustang), as the duo are only separated by 16 points leading into the penultimate round for the national TA class championship.  The event marks the second season that COTA sets the stage for the championship shootout between the two, as the Texas circuit saw Francis Jr. claim the 2018 victory ahead of Dyson on his run to the championship.

The championship in the SGT class was sealed up by Mark Boden three rounds early, therefore, Boden’s Porsche 991 GT3 Cup decided not to make the Texas trek for the penultimate round. Watkins Glen International winner Aaron Pierce (No. 26 Logica lSystems Inc/Sam Pierce Chev. Chevrolet Corvette) and three-time runner up Ken Thwaits (No. 5 Wilwood Brakes/Franklin Road Apparel Audi R8 LMS) are drivers to keep an eye on this weekend. 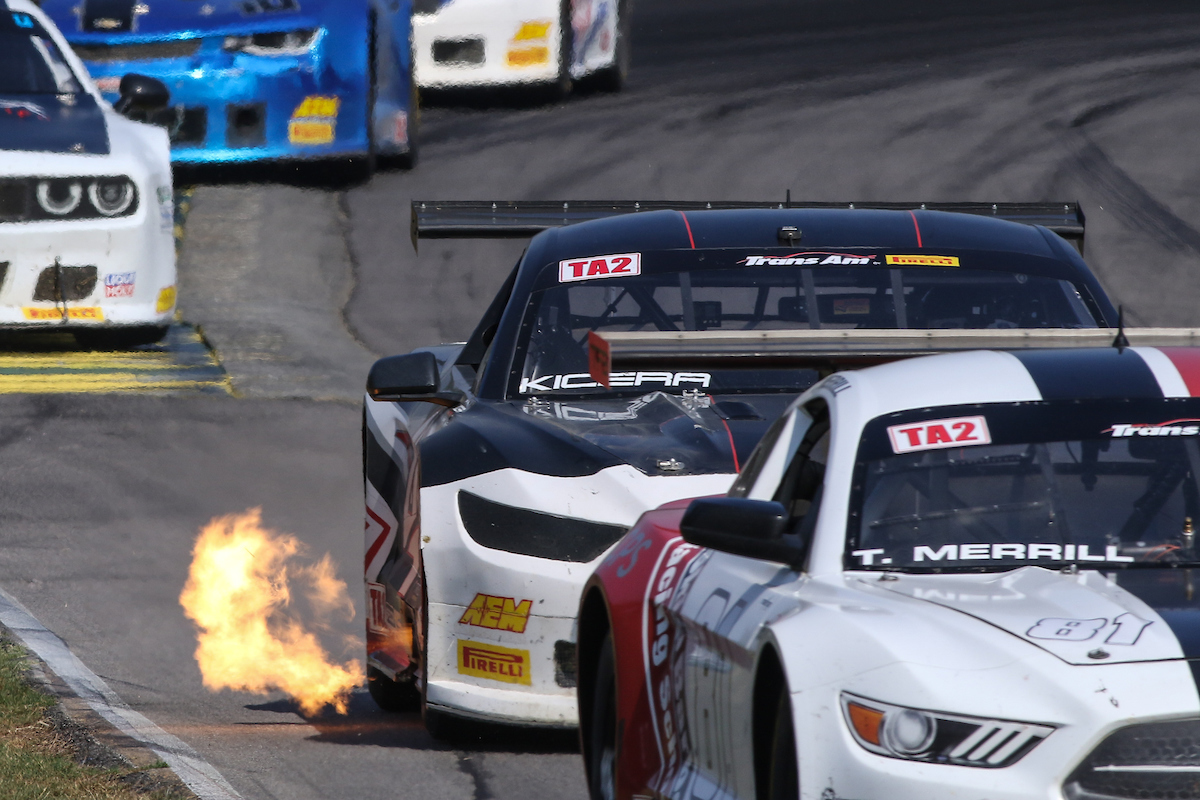 In the TA2 West Coast Championship finale at COTA, the stakes are even higher. There is no margin for error and every point matters as Anthony Honeywell (No. 76 Honeywell Competition Alexander Ranch Chevrolet Camaro) and Brad McAllister (No. 24 www.PortlandImplantDentistry.com Ford Mustang) enter the weekend just two points apart having battled all season long.

“After having two months off, I’m really excited to get back behind the wheel of the 76 Honeywell Competition Alexander Ranch Camaro and complete our push to be the West Coast Champion,” said Honeywell. “There’s no nicer track in the country to have the West Coast Championship finale than at Circuit of the America’s in Austin, Texas. Being a joint series race with 55 entries, fans can expect a great show. Being one of the first teams to make the switch to the new lower cost Trans Am spec “Choice” engine, it has given us the power and reliability you’d expect from Prefix. I have the best guys in the business helping me and with a little racing luck, I’ll achieve my goal of winning the championship.”

After a two month break, Trans Am West Coast Championship GT Class leader Roger Eagleton (No. 98 Five Star Property Management / Energy Real Estate Ford Mustang) is looking forward to getting back in action at the Formula One Grand Prix Circuit to close up what has been a breakthrough year for the DIG Motorsports rookie.

"I really want to thank the entire Five Star Property Management and DIG Motorsports team members for a solid year of hard work which has allowed us to show up to COTA leading the points in class," stated Eagleton.

The official COTA weekend kicks off on Friday with a practice for the TA/SGT/GT classes in the morning followed by qualifying later that evening. Saturday starts with a 25-minute practice for the TA2 class, with the TA/SGT/GT 102 miles (30 laps) feature race starting at 11:10 a.m. Central. Saturday concludes with a TA2 evening qualifying session. Sunday wraps up the Trans Am weekend with the TA2 powered by AEM race at 11:05 a.m. Central.