BRAINERD, MINN. (15 July 2021)- The Trans Am Series presented by Pirelli will celebrate the life of Jed Copham at Brainerd International Raceway for the second-annual Ryan Companies US Jed Copham Tribute Weekend July 16-18.

The Ryan Companies, US presents the Jed Copham Tribute Weekend at Brainerd International Raceway marks the fifth year of Ryan Companies US, Inc. playing a pivotal role in bringing the iconic Trans Am Series to a legendary race circuit. 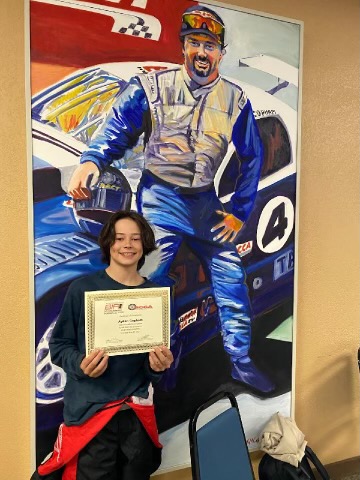 Ryan Companies, US designs, develops, finances, manages and constructs buildings that tell the stories of its employees, its customers and its legacy. Ryan Companies will assist in building Trans Am’s story and legacy this weekend by also supporting the live stream on the Trans Am by Pirelli App and the race replay premiers following the weekend.  (Download Trans Am by Pirelli Racing App.)

"Ryan Companies is honored to sponsor the Jed Copham Weekend Tribute at Brainerd International Raceway again this year to honor the life of Jed Copham,” Ryan Companies US Chairman Emeritus of the Board and TA2® driver Tim Gray. “Every Trans Am event brings excellent competition, and this one in particular means a lot to me, as this raceway is where I did my SCCA drivers school and competed in my first-ever Trans Am race. I look forward to another fun event this week here in Brainerd."

The chase for the TA championship is now at its mid-way point after six rounds with Chris Dyson leading the standings by 22 points following his third consecutive victory at Road America. However, last season at BIR was a huge upset for Dyson’s championship points. During the opening legs of the 100-mile sprint, Dyson experienced a drive train failure, putting him out of points contention. This year, Dyson expects a better outcome for his No. 20 ALTWELL Ford Mustang after a strong, consistent first half of the season.

“Throughout this year, we have had excellent reliability and the points standings reflect our consistency,” said Dyson. “Improving our finishing record was the biggest priority of the off-season, and I'm really encouraged so far.

“Of course every single Trans Am Series race is a fight, and we never underestimate our competition,” Dyson continued. “Tomy (Drissi) has put up a strong challenge all year and you can never count out Ernie (Francis Jr) as a factor in any race. The fans at Brainerd are real enthusiasts and the track loves Trans Am, so we are looking forward to competing there next week."

Last season, BIR was a crucial points race for Tomy Drissi. Following a race-long battle with Amy Ruman, Drissi took the lead and the win at Brainerd, his first victory since 2018. The win edged Drissi back into the championship chase in 2020. 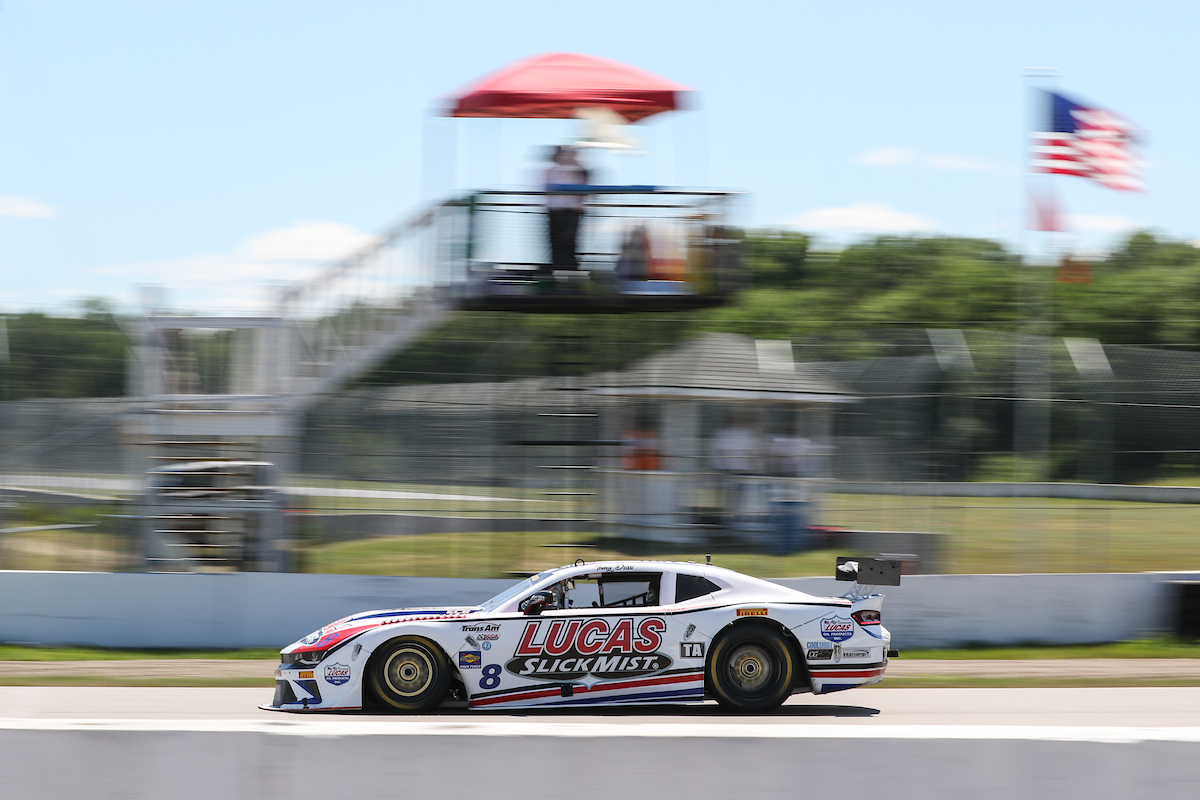 Entering this weekend the Weathertech Raceway winner hopes to capture the same success in the No. 8 Lucas Oil SlickMist Chevrolet Camaro as he did last season as he trails Dyson in the season-long points battle by 22 points.

“Our Lucas Oil SlickMist car was fast at Brainerd last year but we’re going to have to be faster to beat (Chris) Dyson, Ernie (Francis Jr.), Amy (Ruman) or any of the ringers that have been showing up. I’m proud to be representing the Lucas oil SlickMist family and I can’t wait to get to Brainerd to see the true-blue fans in Minnesota.”

Two-time TA champ Amy Ruman ran her best race of the season last year at BIR, battling Drissi for second place and eventually the lead. Despite losing power steering half way through the race, Ruman wheeled her No. 23 McNichols/Cornertech Chevrolet Corvette to a second-place finish.

“It was a quick turnaround from the Road America race and the guys have been working diligently to repair the No. 23 McNichols/Cornertech Chevrolet Corvette after a front suspension part failed and sent us into the wall,” said Ruman. “We had a great race at BIR last year capturing a second-place finish and as always, our strategy is to land a podium spot on Sunday!”

Splitting his time again this weekend with SRX, Francis Jr. will test on Friday morning and skip practice and qualifying on Saturday to make his SRX commitment in Nashville. The seven-time champion will then hop on a red eye to make it back in time to race on Sunday. 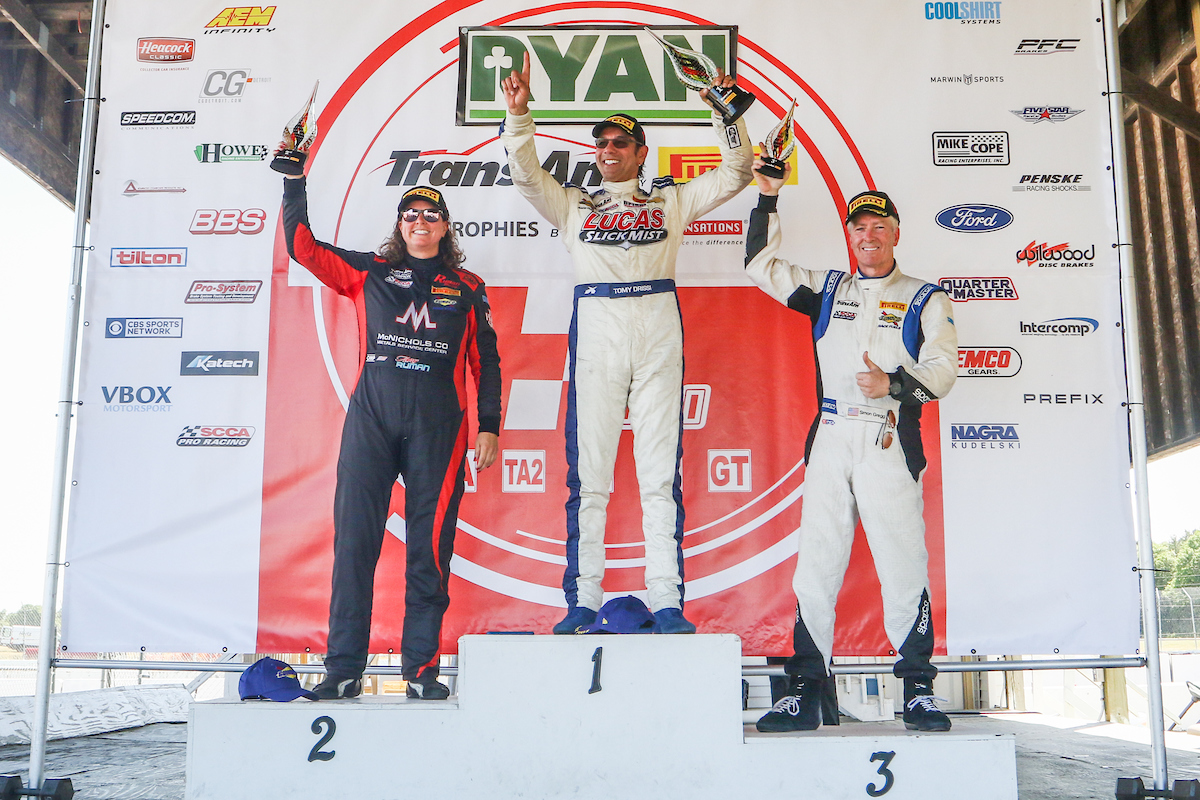 Last season Francis Jr. went flatout around the two-mile road course, building more than a 20-second lead within 18 laps before his day was cut short by a mechanical failure. Though, Francis Jr. will start at the back of the field for the 100-mile sprint on Sunday, his No. 98 Future Star/Breathless Racing Ford Mustang will be one to watch make a bid for the podium.

Trans Am drivers will compete in a full test day on Friday (July 16) with practices filling Saturday (July 17) morning before TA2 qualifying block at 1:15 p.m. Central followed by TA qualifying at 3:35. Sunday (July 18) closes the three-day event with a combined 100-mile sprint from Trans Am TA and TA2® drivers at 11:25 a.m. Central.

The weekend will be live streamed on the Trans Am by Pirelli Racing App starting on Saturday. Download and subscribe: https://bit.ly/34qQfCG