Trans Am Ready for Utah after Decade Absence

It's the first time in a decade that the roar of American Trans Am muscle will echo 4,409 feet above the Beehive State.

The national Trans Am Series last visited Utah in 2011 when the facility was named Miller Motorsports Park, running the 3.048-mile course. Tony Ave won from pole while setting the fastest lap in an Ave Motorsports-prepared Corvette, the same Corvette he claimed the checkered flag during the inaugural Trans Am Utah event in 2010 (on the 2.2-mile Miller course).

This weekend will mark the West Coast Championship's first visit to UMC where 18 drivers will compete on the 14-turn, 3.048-mile Outer Course as part of the Utah SpeedTour. With two rounds left in 2021, the title chase for the TA2 West Coast class tightens up with nine drivers still mathematically  in the hunt, though four of those drivers, Carl Rydquist, Tim Lynn, Mitch Marvosh and Darrell Anderson, have pulled a gap ahead of the rest. 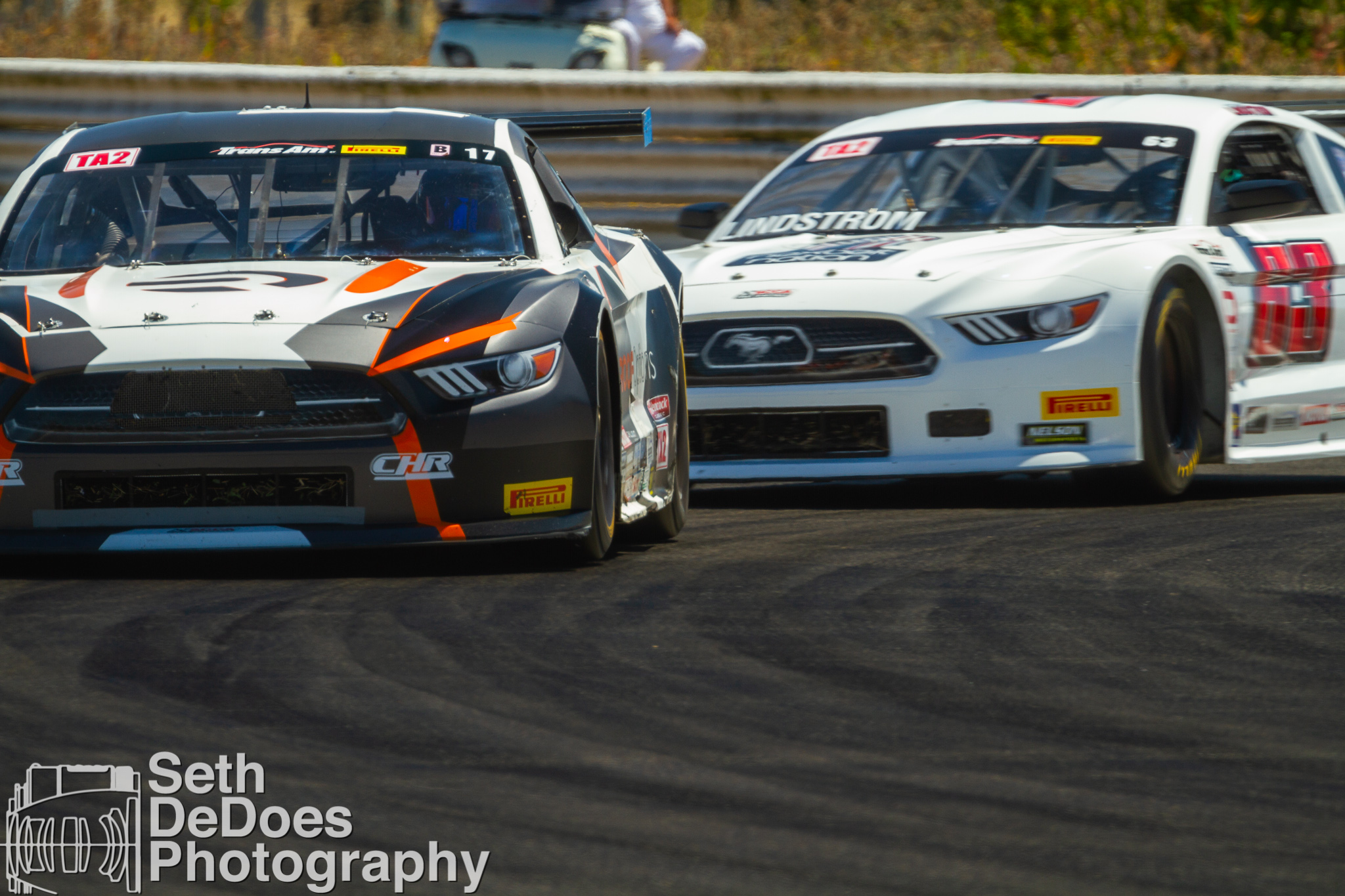 After winning the SGT West Coast Championship in 2020, Rydquist has continued his success in his first season of TA2, amassing three wins in the No. 47 Racecars4Rent/GroupWholesale/OptimalStunt Ford Mustang. Rydquist will be working with a new motor at Utah, after mechanical issues at Portland forced the Nelson Motorsports' driver to retire early and eventually lead the team to replace the powerplant between events.

Despite the Portland setback, Rydquist still leads the class with 137 points, 29 points ahead of his nearest rival Lynn (108 points) who has two season victories.

"Utah has such a great circuit layout, I  look forward to racing the No. 47 Nelson Motorsports/GroupWholeSale/Optimal Stunt Mustang," said Rydquist. "At 4400 foot altitude the cars see less cooling effect so everyone will be monitoring drivetrain and brake temps a little extra. I've done a lot of extra long run cardio and intervals the last eight weeks because  you need extra stamina at this place because of the elevation. The field is stacked with quick and experienced drivers to keep us on our toes, additionally Tim (Lynn) is a smart racer who is hunting us for the title. We've had a championship mindset all year which has been to work our way toward incremental goals session by session. It works well so we'll keep our heads down and keep doing that."

As Rydquist keeps his head down, Marvosh intends to keep his eyes clear looking ahead to his first hometown race. A small margin of 15 points separates second place from fifth place in the championship. Marvosh is third overall in the TA2 class, first in the Master's Class, trailing Lynn by five points (108 vs.103) entering Utah.

"As a driver with Team CHR, I’m personally super excited to see UMC for the first time, it looks like a fast, fun track!" said Marvosh. "My family origins are from Utah, so we are taking this one as a “Home Track”, regardless of never running UMC before!. We are currently locked in a crazy tight race between a great group of drivers. UMC is a pivotal race leading up to the final round at Circuit of The Americas for the season  The No. 29 Wolf Entertainment Howe Ford Mustang will be 110 percent podium hunting in the Beehive State!"

Leading the Rookie of the Year standings and fourth overall is Anderson in the No. 45 Park Place Constructors Chevrolet Camaro. Anderson finished third overall at Portland in a recovery drive to the checkered.

"We are going through the car thoroughly after hitting the wall in Portland," said Anderson. "We will need to bring our A game to Utah to stay up front. I have never been to the Utah Motorsports Campus so we will really need to put our head down and utilize every lap in Practice to get the car and driver to a place where we can compete up front."

This year marks John Schweitzer's first season in professional racing after winning a season championship at the club level. The rookie wheeled the No. 00  Superior Builders Inc Ford Fusion to victory at Thunderhill Raceway and leads the SGT championship.

"Our rookie season in the Trans Am West Coast Championship has been a big step up from club racing in all aspects, and to be leading the SGT class points with two events to go is very exciting for our team," Schweitzer said. "None of this would be possible without a lot of support and encouragement from my family and the efforts and commitment of the team. On a personal level the experience has been challenging both mentally and physically since the races are quite a bit longer than typical club races and I have learned so much about racing and myself too. Our goals for the remaining events continue to be staying focused on getting to the starting line fully prepared, executing our race strategy and having fun." 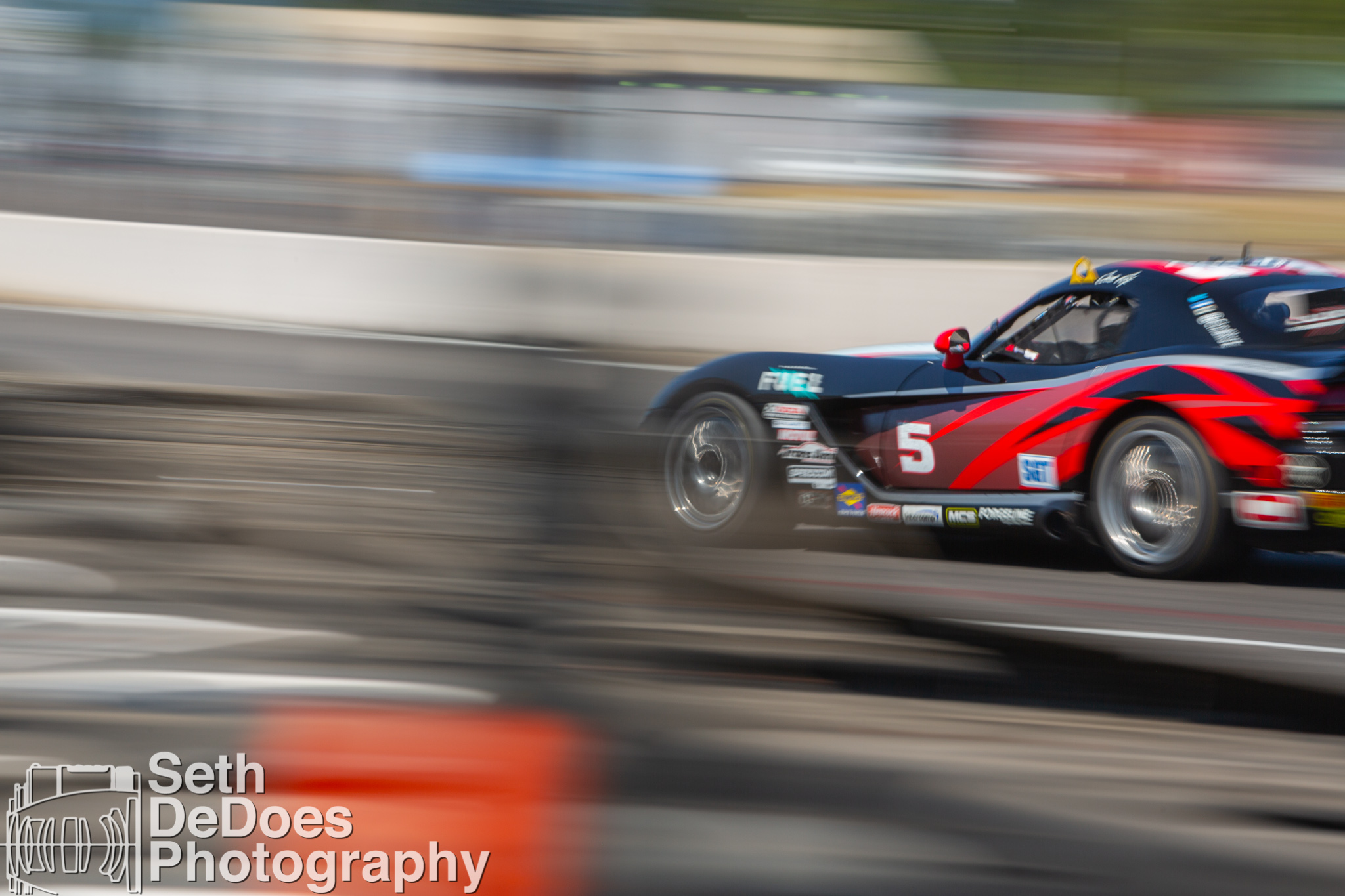 Schweitzer will have a pair of Vipers in full attack mode behind him as Lux Performance returns to the lineup with Cindi Lux (No. 5 LuxPerformance/BlackRockCoffee Dodge Viper) and Dirk Leuenberger (No. 35 Lux Performance Group Dodge Viper). Lux's season started at The Ridge, and she's won every round she's entered since. Out of all the drivers on the entry list, Lux has the most laps turned at UMC. The Portland native served as the Director of the Ford Racing School, working with the former track owners for a decade.

"I have probably turned more than 25,000 laps at UMC over the 10 years of teaching and testing there," explained Lux. "I haven't been back since 2016 but I am confident that the team will fall right back in motion."

The Trans Am West Coast drivers will have a full day of testing on Friday to get up to speed before the official race weekend starts on Saturday with an all-class practice starting at 10:50 a.m. Mountain Time followed by qualifying at 2:50 p.m. The drivers will take the green on Sunday at 10:50 a.m. for 33 laps or 75 minutes.