It was this time last year when Connor Mosack made his debut in the Trans Am Series presented by Pirelli. The 21-year-old was only a few months into his senior year at High Point  University in North Carolina when he climbed behind the wheel of TeamSLR’s Chevrolet Camaro for a doubleheader at Virginia International Raceway (VIR). Mosack finished fifth in his debut race and 14th in the second round on the 3.27-mile, 17-turn road course. Now a full-time Trans Am competitor, Mosack returns to VIR for the penultimate Trans Am round (Sept. 24-26) as the series’ most recent TA2® winner.

Even though he’s a young man on the move, Mosack slowed down for a few minutes to talk about what it felt like to get his first career Trans Am win, how the Lagasses helped him get there and what he’s learned over his first year in this edition of Trans Am Corner: 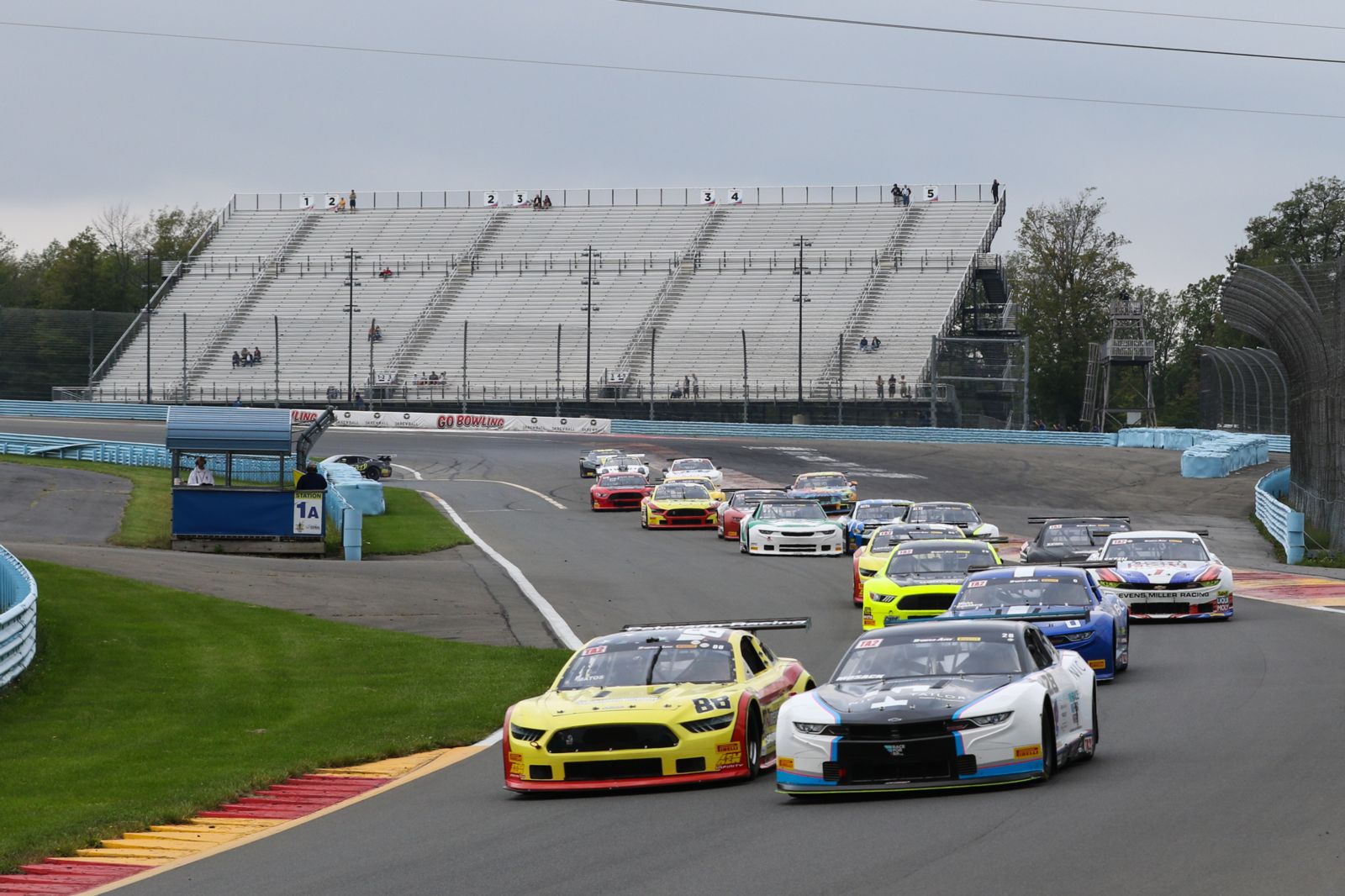 TA- Trans Am winner. How did that sound when you were walking up to the podium at Watkins Glen?

Mosack- It was a big relief for me just to know that I can do it. But, I think it will really help us going forward because the first one always seems so hard to get and the next ones come pretty quickly. Hopefully, that’s the case for us and we can go get another one or two the rest of the year.

TA- How satisfying was it to get that win, especially after some strong drives at Mid-Ohio, Road America and Nashville?

Mosack- The celebration there was definitely short-lived. Obviously, the car was very fast, but we all felt like there was a lot of room for improvement, and that’s what we’re wanting to get after, but the win was very nice.

TA- How did you get started in racing?

Mosack- I’d always been a fan of cars and motorsports, and when I was 16, I did a racing experience at Charlotte Motor Speedway and that really sparked my interest. I fell in love with it and just tried to see how I could get into it from there. The people at the track recommended Legends cars since I was already a bit older, so that’s what we got into. Did that for two years and moved into Late Models. 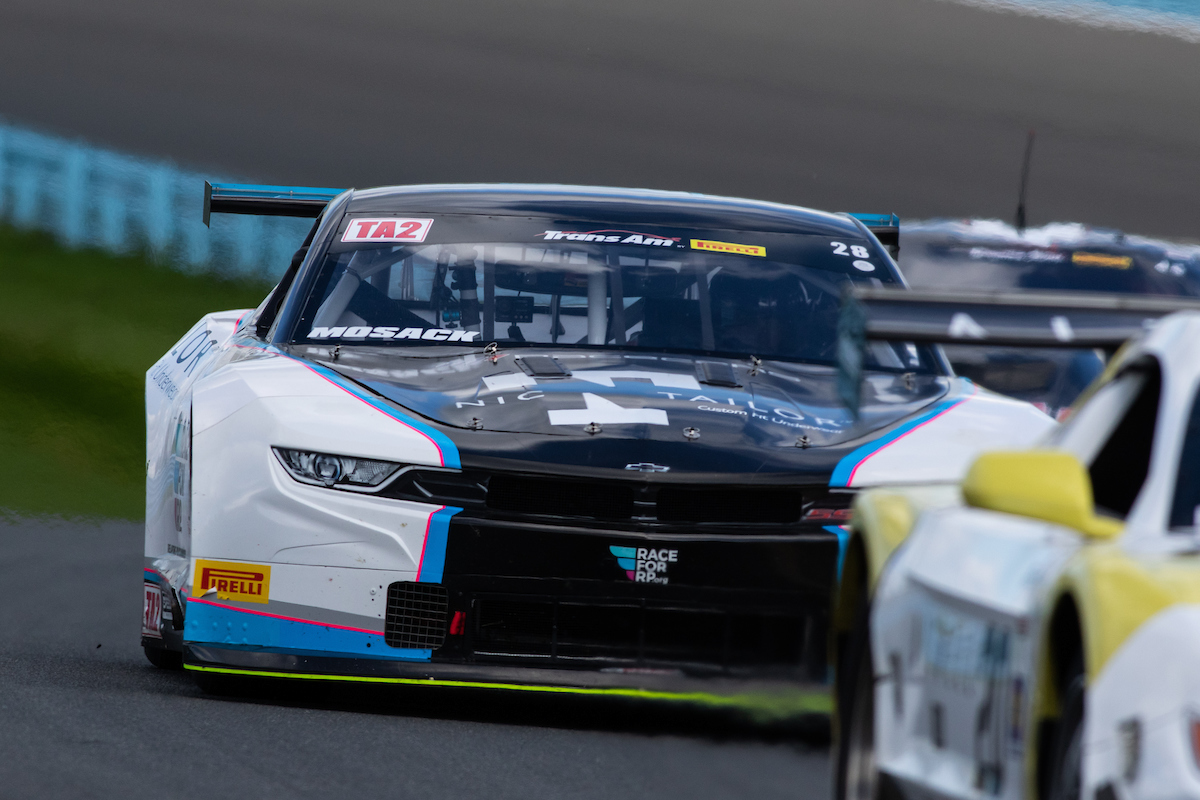 TA- Your win at Watkins Glen bumped you up to third in the championship standings. Is second place attainable, or is it more about defending third in these last two races?

Mosack- We definitely would try to get second more than try to defend third. At the end of the year, I don’t think there’s anything you gain by saying you’re second or you’re third or you’re fourth. Really, our main goal is to try to win these last two races. Without having a real shot at winning the championship, points don’t really matter to me. Rafa Matos and Mike Skeen would have to have two really bad weekends, and I don't see that happening.

TA- Talk about your progression in Trans Am. After all, it was this time last year when you made your Trans Am debut at VIR, and here you are returning to the track as Trans Am’s most recent race winner.

Mosack- I’m looking forward to going back to VIR. I feel it’s the track I know the most, it’s the one I have the most laps on, and it’s the first track I raced Trans Am in. Definitely feel like I’m much more experienced in these cars than I was last year. I know the guys that I’m racing with now, which is a big deal, and I have a lot more confidence, which also is a big deal. Last year, I didn’t know these cars very well and I was just kind of doing what I knew how to do naturally. Now, I’m doing that and also applying the experience I’ve gained and how to race these guys – it’s just a matter of knowing how to put a whole weekend together now. I feel good about the weekend, going into it, confident about at least being on the podium. I really think, barring a mechanical problem or something like that, we could have a really good shot at the win.

Mosack- It’s got a lot of high-speed sections and it’s got some very technical corners. Turns three, four, five – that whole section is one of the toughest set of corners of any track we go to, and that leads up the hill to the esses, which is probably second or third of my favorite sections of a track. It’s really close to being wide open. You’ve got to really be perfect to make that happen, and it’s just a really fun section. That leads to the back straightaway, a long straightaway, heavy braking zone there, and then down the hill – we call it Roller Coaster. It’s another really fun section, but you’ve got to really get it perfect to get set up for the front straightaway that ends the lap. It’s really a track that has every kind of corner – both slower corners and a lot of high-speed corners. Being a driver, it’s a lot of fun. 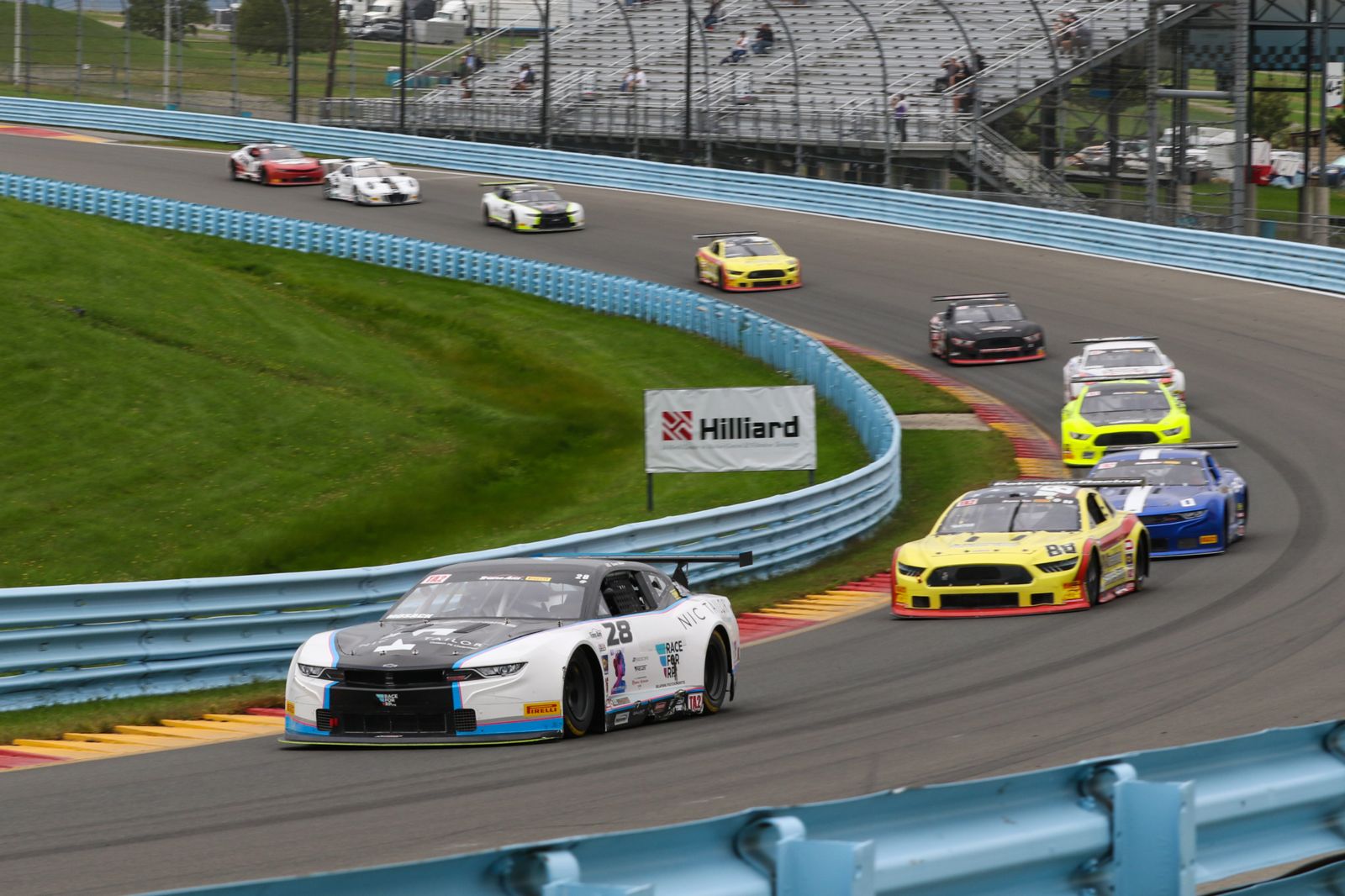 Do you view VIR as kind of a home race, as you went to High Point University, which is not too far from the track?

Mosack- I don’t know if I’d call it a home track. It’s not really somewhere I grew up going to. To now have the Charlotte Roval on the schedule, I would consider that my home track. But, otherwise VIR, I would say, is the next-closest one I would call a home track since I know it the most and I get to go up there more often than any other track. You can say it’s somewhat of a home track. That’s where I had my first and have the most road-course experience.

TA- You graduated from High Point back in May, and while racecar driving wasn’t a course, you’re already proving to be a successful alumni. What were some of the courses that helped prepare you for this career, and who were some of the professors that stood out to you?

Mosack- I had several very good professors, and lot of it for me was business advice that can be applied to racing, not really behind the wheel, per se, but as a driver trying to find sponsors or talking with teams. I think there were definitely helpful moments there. I feel that’s been the biggest help about going to a good university like High Point, understanding that side of the sport more. I think that will help me find and support sponsorships for later in my career and always be with good teams. It’s important to work well with them in addition to just being their driver.

TA-How has the coaching from Scott Lagasse Sr. and Jr., helped you develop your road racing skills? What's it like being with a team that has so much racing pedigree?

Mosack- They’ve both been really helpful and helped me pick things up quickly, from restarts to passing to defending, race strategies, how to take care of your car and, really, how to put a whole weekend together from practice onward. Just taking care of everything the whole weekend. Senior, especially, helps in understanding the car and what the team needs to know from me about how to make the car better. They’ve been very helpful in just about everything. They both have a lot of experience and I feel I’m able to gain some of their knowledge by just listening and absorbing when they talk about different things. I think they’re the best fit for me in Trans Am and I’m happy to be with them.