This weekend (Oct. 8-10) will mark the first time in a decade that Trans Am power will return to Utah, this time with the Trans Am Series presented by Pirelli West Coast Championship at Utah Motorsports Campus. It's also a bit of a homecoming for SGT driver Cindi Lux, who spent 10 years (2006-2016)  traveling back and forth from Portland, Oregon, to Toole, Utah, serving first as the track's driving instructor to eventually moving into the role of Director of the Ford Racing School.

In this edition of Trans Am Corner, Lux reveals some insider secrets about Utah Motorsports Campus and what the West Coast Trans Am drivers should expect for the upcoming Utah SpeedTour. 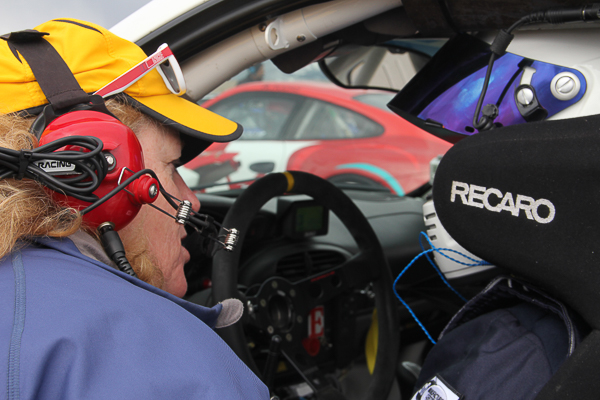 TA- You were a race instructor at Utah Motorsports Campus?

Lux- Yes! When Larry H Miller built his race track, he wanted to start a racing school.  I was there in the beginning when the school first started in 2006. I started out as an instructor, then moved into lead instructor and then promoted to the Director of the Ford Racing School. So in all, I spent 10 years commuting each week from Portland to Salt Lake City.

TA- What were your responsibilities ?

Lux- My responsibilities included overseeing all instructors, curriculum for all schools, managing the race shop that prepped more than 70 vehicles. These vehicles included Ford GT Mustang, Boss302, GT350, Off-road Raptors, Focus ST and Ford GT.  For a short time, I was even was part of the Yamaha Champions Riding School that was part of the LHM companies.

I also designed and managed dynamic driving events, sales training, consumer marketing, vehicle testing and a precision driver for videos and commercials. Jack of all trades.

TA- How many laps do you think you have at UMC?

Lux- I have probably done over 25,000 laps at UMC over the 10 years of teaching and testing. 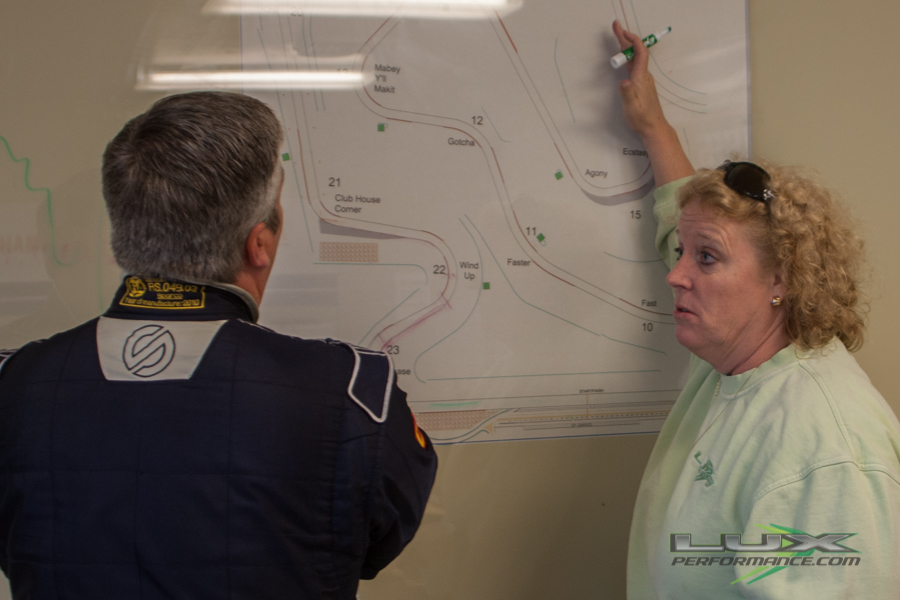 TA- How does the high elevation at UMC change the car's performance?

Lux- The near 5000 foot elevation certainly affects cars at UMC, some more than others. It definitely does change the performance especially on longer runs. Not only does it affect HP but also the cooling as well. Funny thing is people forget about the drivers and crew members as well. It was not uncommon for drivers/students to not deal well with the altitude and get sick. Headaches and low energy levels are usually what hits first. People really need to focus more on hydration, sleep and no alcohol during their visit. (It sucks, I know)

TA- What do you like most about UMC?
Lux- Personally, for me, it’s the history. Having spent a good portion of my professional career at this track, it will be interesting to go back and see how much has changed. There are a lot of moving parts to this facility. Multiple events going on at once. You have wonderful paddock space, top notch garages, intense kart track, café and so on. People will definitely get their “steps” in walking about this facility. Another cool feature is the ability to drive around the outside of the track and watch in your personal street car or golf cart.
TA- What is the most challenging aspect of the circuit?
Lux- Trans Am will be running the Outer Loop track, my personal favorite. This 3.09 mile configuration combines some fast speed sweepers with some very technical corners. There are 15 turns and most of them have names vs. corner numbers. “Witchcraft” and “The Attitudes” are very entertaining if you get them wrong but magical when you get them right. Believe it or not, the wind does play a large factor in terms of grip with a light sand being blown on the track. I really enjoy car setup for this track as it requires a lot of compromises between aero grip and mechanical grip corners. 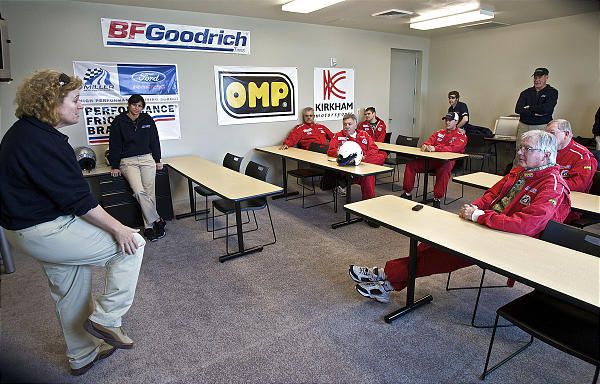 TA- You've won the last two SGT races you've entered; do you think your experience at the track will help you take that count to three in a row?
Lux- I just take each race as they come and try to do my best. I take nothing for granted when racing. I just need to minimize mistakes behind the wheel and drive smart. I am always trying to find ways to make more speed and I think I drive my team nuts at times. Since we are just doing a partial season this year, there is no chance of a championship. So, due to this, it allows me to get more aggressive and go for the race win.
TA- How did you get started in racing, what have been some of your career highlights along the way?
Lux- My grandfather was a racer in the 1950s and 60s, and my father was a successful racer on the west coast. Even my two older brothers raced, one a drag racer and the other a road racer. Racing was always a part of our family, but being the youngest and the only girl- I was never encouraged to become a racer. When everyone was out racing. I was often left with my grandparents when I was little. But I got the bug from the family. 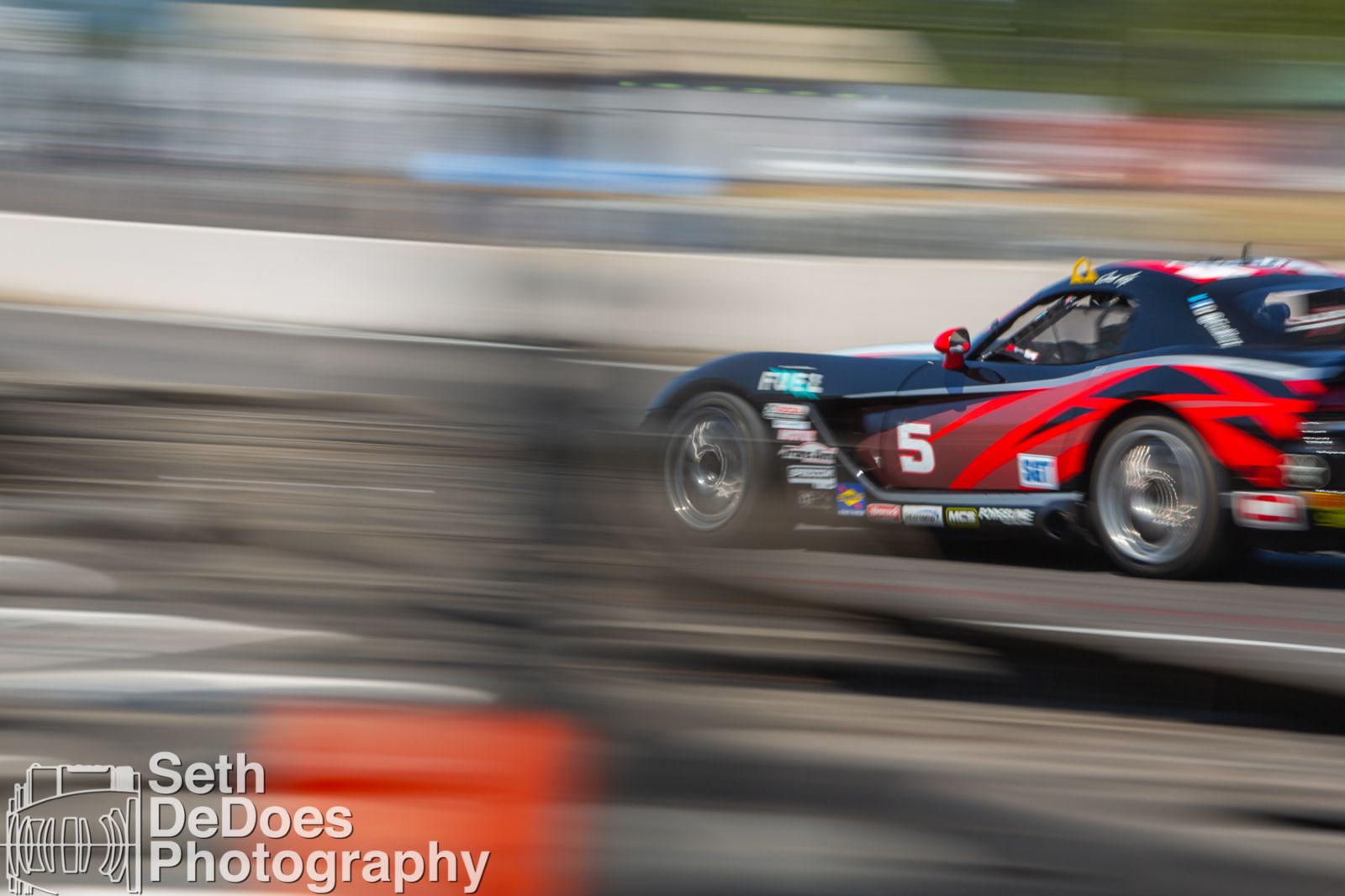 Today, our business, Lux Performance Group, which we started in 1985, takes up a great deal of my and my husband’s time. In the beginning we primarily focused on motorsports and car builds – but my husband, Fred, is the genius behind the curtain. He has done a lot of robotics projects for the military for swat teams, including small unmanned projects through remote controls for projects such as mine sweeping. He has done a lot of prototyping for businesses and one-off projects or engineering projects. I have a hard time identifying what career highlights mean the most. They all do. Been fortunate to win 13 road racing championships, more than 85 victories, 165+ podium finishes and 60+ pole positions. Being a factory driver for Dodge Motorsports SRT in 2005 to 2007, Mopar factory driver in 2008 driving in the World Challenge Series and winning the June Sprints twice was pretty cool. But I am looking forward to the next adventure in 2022.