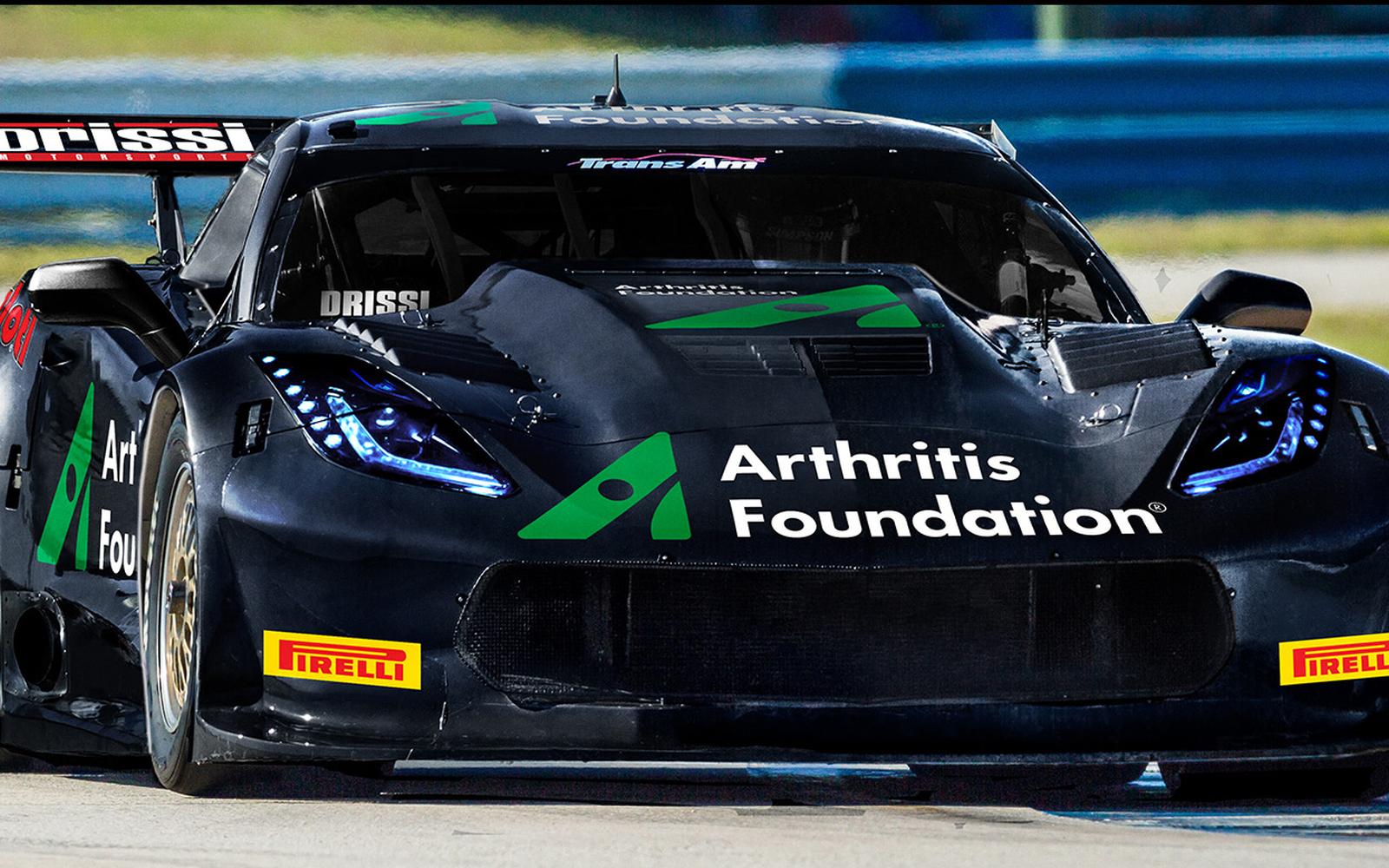 TEAM RELEASE- Racing on the west coast for Tomy Drissi means sleeping in your own bed. It also means a chance to go back-to-back in Trans Am West wins. Tomy won the inaugural race last month at Willow Springs. You can bet he’ll be bringing his winning ways to the Auto Club Speedway when the series hits the track April 28-30 in Fontana, California.

Driving the No. 8 Ave prepared C7 Corvette, Tomy will forego his usual movie livery in order to support the Arthritis Foundation. The Arthritis Foundation leads the fight for the arthritis community. The Foundation helps conquer everyday battles through life-changing information and resources, access to optimal care, advancements in science and community connections. Their goal is to chart a winning course, guiding families in developing personalized plans for living a full life – and making each day another stride towards a cure.

“I’m excited to do the West Coast Championship,” noted Tomy. “It’s always nice to race close to home and have the opportunity to be around friends and family. I’m especially pleased that we’ll be partnering with the Arthritis Foundation. People with arthritis face unique barriers. It’s hard for anyone to have fight the battle alone. The Foundation provides trusted information, powerful health tracking tools and ways to connect with others. We’ve experienced juvenile rheumatoid arthritis in our own family, so this is extremely important work. We’re proud to be a part of it.”

Tomy started off the Trans Am season with a second place finish at Sebring, the West Coast win at Willow Springs and a hard fought seventh place at Homestead-Miami Speedway. Tomy is currently fourth in points.

“It’s been a good start to the season,” added Tomy. “There’s a lot of racing ahead of us, but I’m confident we’re heading in the right direction. We’ve got a great car and an extremely hard working crew. When we’re at the track, everyone is on the same page and everyone is focused on getting the best result possible. Everyone is aware of the big picture. You know, it’s easy to say you want to win races… who doesn’t? But we’re after a championship. That requires the commitment to run strong, week in and week out. When we flat spotted the tires at Homestead, we made the call to come in and change them. We knew we’d be giving up a win. But we also knew we’d have a better car to work our way through the field and finish the race higher in the points. I like that the team has the confidence to make those calls.”

“I haven’t driven the Auto Club Speedway,” said Tomy. “Like Homestead, it’s another “roval,” and the infield appears to be fairly technical. I’ve been taking advantage of all the in-car videos available on You Tube trying to get a sense of the track and seeing where other drivers pick up time. I’m sure it’ll be totally different the first few laps, but once I get settled in, I’ll have some baseline knowledge of the track. It’s a huge help.”

Fans of the Trans Am Series by Pirelli can follow along throughout the weekend at www.gotransam.com, on Facebook at www.facebook.com/gotransam and on Twitter at @gotransam.  Live Timing and Scoring can be found throughout all sessions on gotransam.com and on RaceMonitor.