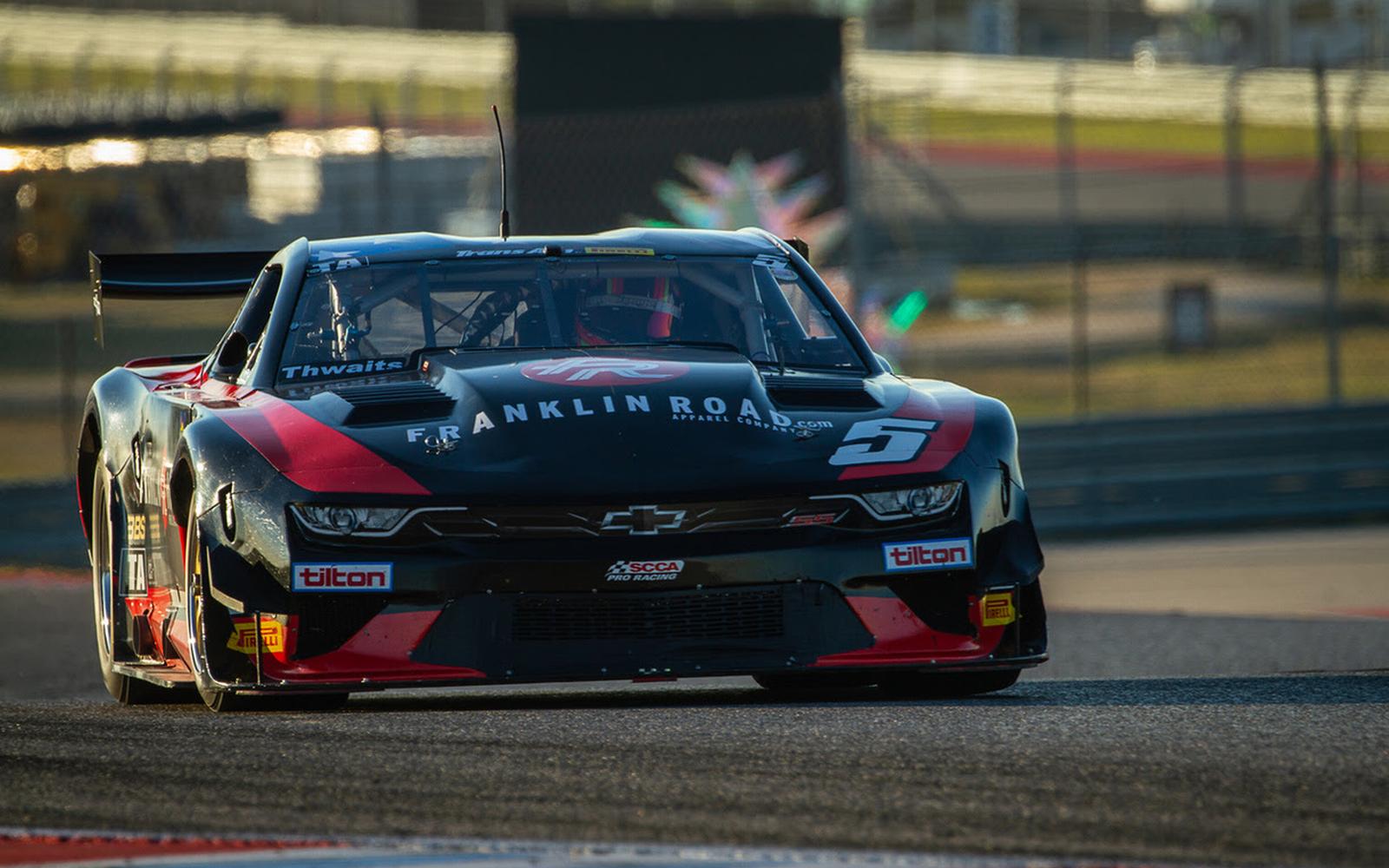 Austin, TEXAS – November 8, 2021 - Ken Thwaits has rapidly established himself as one of the most popular faces in the Trans Am paddock and the 2020 Trans Am Xtreme GT Champion has enjoyed an outstanding first season in the TA Class. Ken finished fourth overall in the Drivers' Championship as the Trans Am presented by Pirelli season came to a wrap at Circuit of The Americas just this weekend.

While the result in the final race of the season down in Austin, Texas wasn’t quite what he had hoped for, it barely dented Thwaits’ sense of achievement at what he and his team have accomplished this year in 2021. In addition to his TA Class exploits, which included two podium finishes at Laguna Seca and Virginia International Raceway, Ken has also driven with distinction in TA2. That car was in action as well with new pilot Cameron Lawrence guiding the No. 6 Franklin Road Apparel Chevrolet Camaro to P5 at the finish.

“It's kind of a disappointing end to a really great weekend for us,” said Ken after today’s race. Reflecting on the TA2 effort he added, “It was the first time we had Cameron Lawrence in our TA2 car and he did a great job today. He qualified fourth and finished fifth. These guys are pretty rough when it comes to driving these TA2 cars but he hung in there and got a top five, so that was cool.”

“We qualified the TA car on the grid in P5, got a great start, I was running fourth. Myself and Teran had a battle going and he got by me so I was back in fifth. I go around the hairpin after 5 laps or so here and all of a sudden I got sideways and I spun and I had no power at all. As they found out afterwards I had three broken ground wires for some reason and I had no power. I was dead in the water! So that was the end of my day. We were having a great race up to that and as it turns out Tomy had spun so I would have been in front of him. It was turning out to be a really good race.”

About the year as a whole, he added, “Overall when you look back at everything, I really wasn’t even intending on running TA at all. One thing led to another and I drove Pancho Weaver’s car but I was still thinking I don’t know if I can do this or not! But we got better and better and better. We’ve come to CoTA and qualified fifth and were fourth until the last minute of the session. As it turned out I was fourth anyway.”

“So we’ve come a long way. These cars are just monsters to drive and it's just been a thrill to see the improvement. I’m not at the sharp end of the races yet, but today was the first time this year I got into a really good battle  - with Oscar Teran. He’s a really good driver. Panamanian Champion. He races clean and races close. The banquet’s going to be fun tonight and it’s going to be a good way to finish it off!”

The new partnership for 2022 with Forgeline Wheels is another step forward for Trans Am, which is well positioned to be more competitive and more popular than ever next year. With a full season now under his belt, a settled team and a reliable and increasingly competitive car, expect Ken and his Franklin Road Chevrolet Camaro to cement his position among the Trans AM elite when racing resumes at Sebring in February.