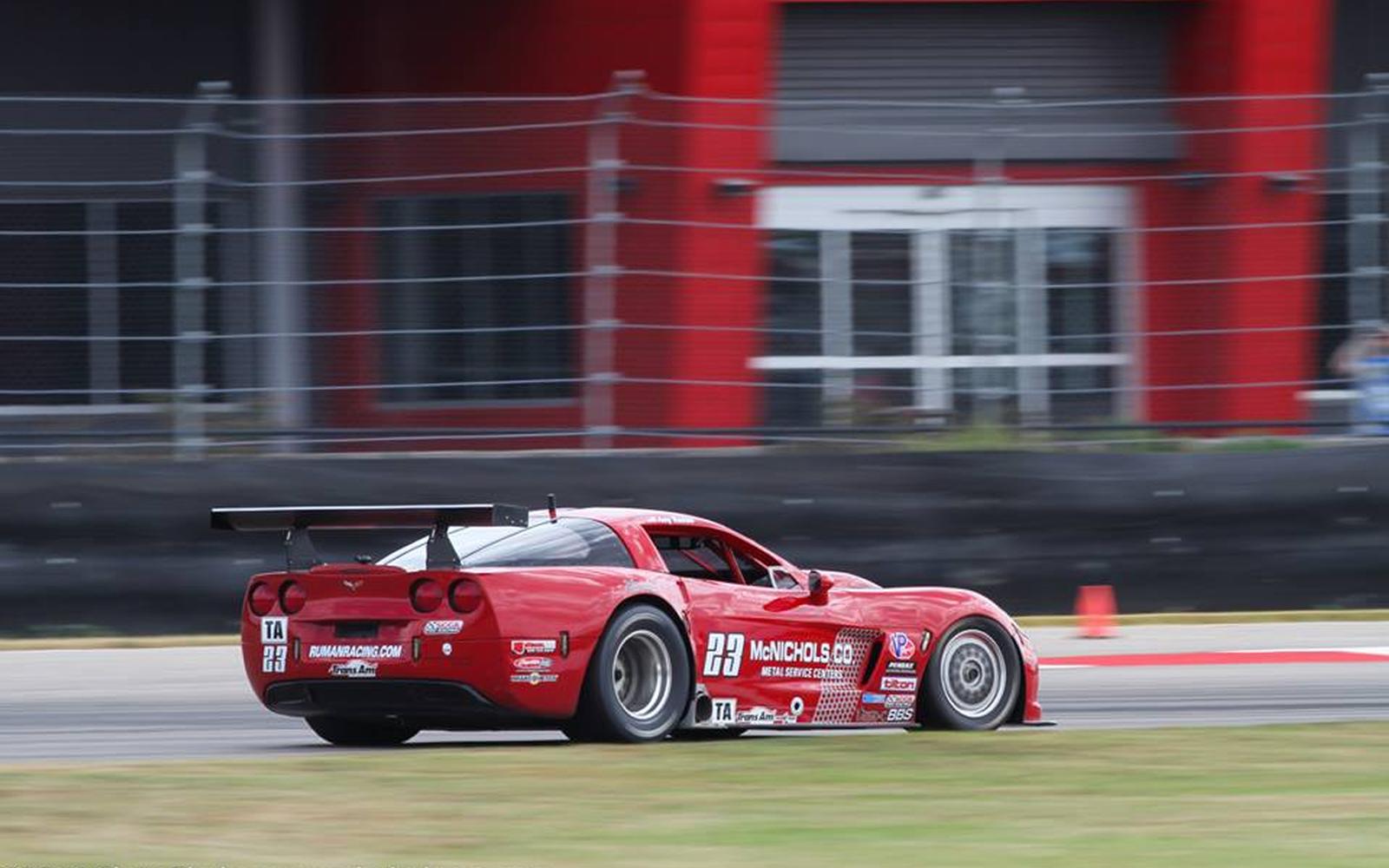 Munroe Falls, Ohio – Ruman and her team made their way back to the podium in Round 10 of the Championship at NOLA Motorsports Park in Avondale, LA this past weekend.

Ruman qualified the No. 23 McNichols Chevrolet Corvette in third slot on the starting grid of Saturday mornings race.  The race started with good weather and sunny skies. The green flag dropped and Ruman was off to another great start, immediately moving up into second position, with a pass on Cliff Ebben. The race stayed green for better than half of the race until a full course caution came out giving the drivers a break as the field closed up.  On the restart, Ruman was all over race leader Paul Fix, but was unable to overtake him for the lead.  When the checkered flag flew, Ruman brought home a much needed second place finish.

“It feels great to be back on the podium!” celebrated Ruman. “We needed a solid finish and finally got one.  The Championship is tighter than ever right now, but there is a lot of racing left with two to go.  I won both COTA and Daytona last year, so these are must wins for us again this year.  This exciting Championship battle is going down to the wire that’s for sure.”

Ruman regained the TA class points lead by just one point at 239, followed by Fix with 238, and Ebben with 229 in third.  The teams have only a short two week break before they are back on the road for the final two rounds of the season at Circuit of the Americas (COTA), TX and Daytona, FL.

Sponsor:  McNICHOLS CO. is the nation’s largest distributor of Perforated and Expanded Metals; Wire Mesh; Bar, Plank, and Safety Gratings; Stair Treads; Matting; and more. Products are carried in all styles and materials–stocked for 24 hour shipment. “Inspired to Serve”™ 800.237.3820 mcnichols.com.