Silver Hare Racing Solid All Around at Road America 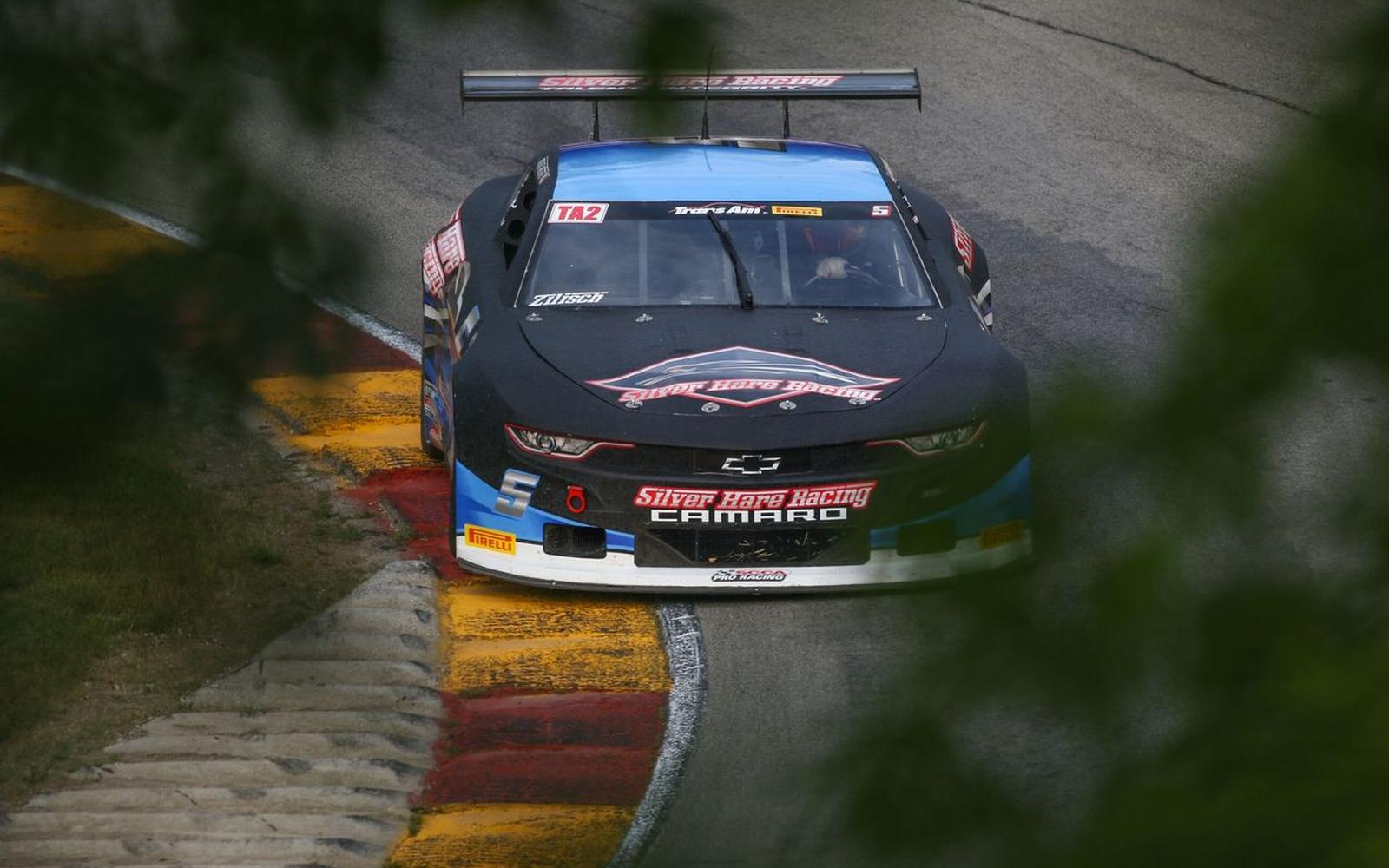 Connor Zilisch, Driver No. 5 Silver Hare Racing/KHI Management Chevrolet Camaro:
“It was a really busy weekend here at Road America. Overall, we kept getting better throughout the weekend. We qualified sixth and in the race we were up to fourth early on. And on a restart, the two cars behind me both jumped it and kind of made me three-wide – I was stuck in the middle and had to wait for a gap. And then, in turn five, Rafa (Matos) got up inside me a little late and doored me out of the way and I fell back to 11th or so. I managed to crawl back to sixth place to finish off the race, but I think we were really fast. We had the second-fastest lap of the race. We were headed in the right direction until that restart. We’ve got a few little things we need to work on, but overall I think we’re headed in the right direction.”

Maurice Hull, Driver No. 57 Waukegan Farms/Silver Hare Racing Chevrolet Camaro:
“Road America is just a wonderful place. It’s really fast, and today it was full of cars. We had a full field and everybody behaved themselves for a while, and then the class got rowdy and things started happening. We had a super car. I can’t complain about my car at all, it was absolutely perfect. We had speed, the car handled great, we had good brakes, everything worked. The only problem I had was that my air tube fell off the top of my helmet but, other than that, it was about as good as it gets. We came from pretty far back. Really enjoyed the run. I thought the series did a good job not putting the black flag out. We had a couple of full-course cautions, but the race finished under green the way it should have and it was full-tilt racing the whole time. We were very fortunate that we missed all the carnage. We were in the middle of it at times, had some parts and pieces that actually hit the car, but we did well on the restarts. We made up a number of positions on each restart. It was fun, and a good ride for my first time since Road Atlanta back in March. It’s fun when you can race, and I got to race today.”

Marc Sharinn, Driver No. 75 Silver Hare Racing Chevrolet Camaro:
“The weekend got off to an inauspicious start but we kept at it. The car was well-prepared all weekend, I just needed to get comfortable in it. The race itself was quite eventful. There was a lot of carnage and I tried to keep my nose clean. I had a bit of a spin but I stayed on track and just kept working at it and, fortunately, moved up a number of places. I look forward to running with this group again. They were fun and they were top notch – professionals, polite, welcoming, it was really a nice environment and I was just glad to be a part of it.”

Next Up:
TA2 competitors in the Trans Am Series presented by Pirelli have a month-long reprieve before heading to the streets of downtown Nashville, Tennessee, Aug. 5-6 for the Big Machine Music City Grand Prix, an event headlined by the NTT IndyCar Series. The race weekend begins with a pair of practice sessions on the 2.17-mile, 11-turn temporary street circuit on Friday, Aug. 5. Qualifying takes place on the morning of Saturday, Aug. 6 with the TA2 race going green later that afternoon. Coverage will be livestreamed via SpeedTourTV.com and the SpeedTourTV page on YouTube.

About Silver Hare Racing:
Silver Hare Racing is a fulltime competitor in the TA2 division of the Trans Am Series presented by Pirelli. The multicar team has won the TA2 Masters class championship three times (2018, 2019 and 2020) with driver and team co-owner Maurice Hull. Under the leadership of Hull’s wife, co-owner and team manager Laura Hull, Silver Hare Racing provides a variety of services that includes private testing and arrive-and-drive programs. The team offers six, professionally built and maintained TA2 chassis from Howe Racing and operates from a state-of-the-art facility in High Point, North Carolina. For more information, please visit SilverHareRacing.com.