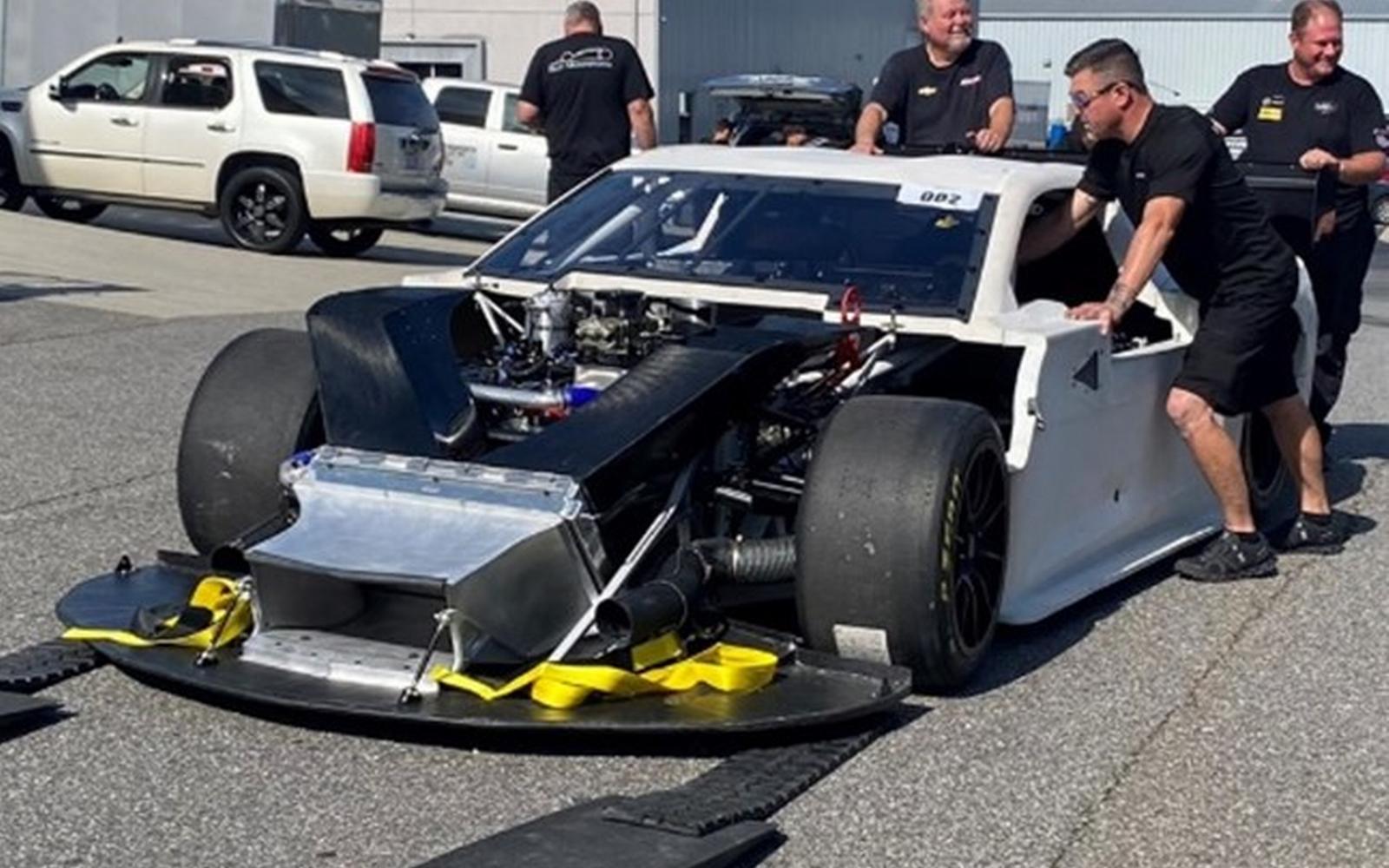 MOORESVILLE, NC (October 25, 2022) – Showtime Motorsports picked up their brand-new Ave-Riley AR3 Trans-Am car as they prepare for the 2023 Trans-Am Championship. This is the third Ave-Riley AR3 to roll off the line and will undergo winter testing and development, before hitting the track with driver Justin Marks.

Showtime Motorsports, owned by Ken Thwaits, plans a three-car attack on the Trans-Am series in 2023, and will be taking delivery of one more car. The Showtime cars are powered by Earnhardt-Childress Racing (ECR) Chevy engines. “We had a very successful 2022 with the old Ave-Riley ECR powered car, I am very excited about this state-of-the-art new car,” Thwaits said.

The second car is currently being built and will be ready within a few weeks.  The Franklin, TN based team is in its fourth full season of Trans-Am, having already won multiple series races, the latest being the Franklin Road Apparel Classic at Watkins Glen in 2022 with driver Justin Marks.

Gary Selix, Team Manager for Showtime Motorsports, feels their strong ties with Riley Technologies will help pay dividends as they gear up for the 2023 season.

“It’s an honor to be working with Bob and Bill Riley at Riley Technologies,” said Selix as their history goes back years, all the way to the early 80s with Bill and his father. They were partners back in the day with Trans-Am. “I’ve had 5 or 6 of the older Riley chassis that ran in Trans-Am that were very successful.”

“It’s nice to build a car for Gary Selix because he and I grew up in racing together and this next-generation car will be a part of the continued history,” Bill Riley said.

Safety and performance were at the forefront of the design, with Bob and Bill spearheading the engineering. “Racing is an engineering sport and there is always something new to learn and apply to the future generation of cars,” Bob Riley said taking the AR3 Trans-Am car as a classic example. “We implemented into this car all the thoughts and ideas we have developed over the past 20-plus years since we designed and built their previous generation of cars that are continuing to be raced today.”

“We are looking forward to running one of their new, latest, and greatest cars. It’s going to change the whole series and the direction. This new car is way more advanced technologically and I can’t wait to get into it and see what I can make this car do,” Selix said.

“Showtime Motorsports does such a great job at the track, we are excited to see the car in their hands and see what they can do with it,” Bill Riley said.

About Riley Technologies: Riley Technologies is family-owned and based in Mooresville, NC. Dating back to 1960, Riley has been a mainstay in North American automotive design engineering, manufacturing, assembly, and race team operations. Riley designed, operated, and built cars that have won the 24 Hours of Daytona 20 times in addition to countless other motorsport races.