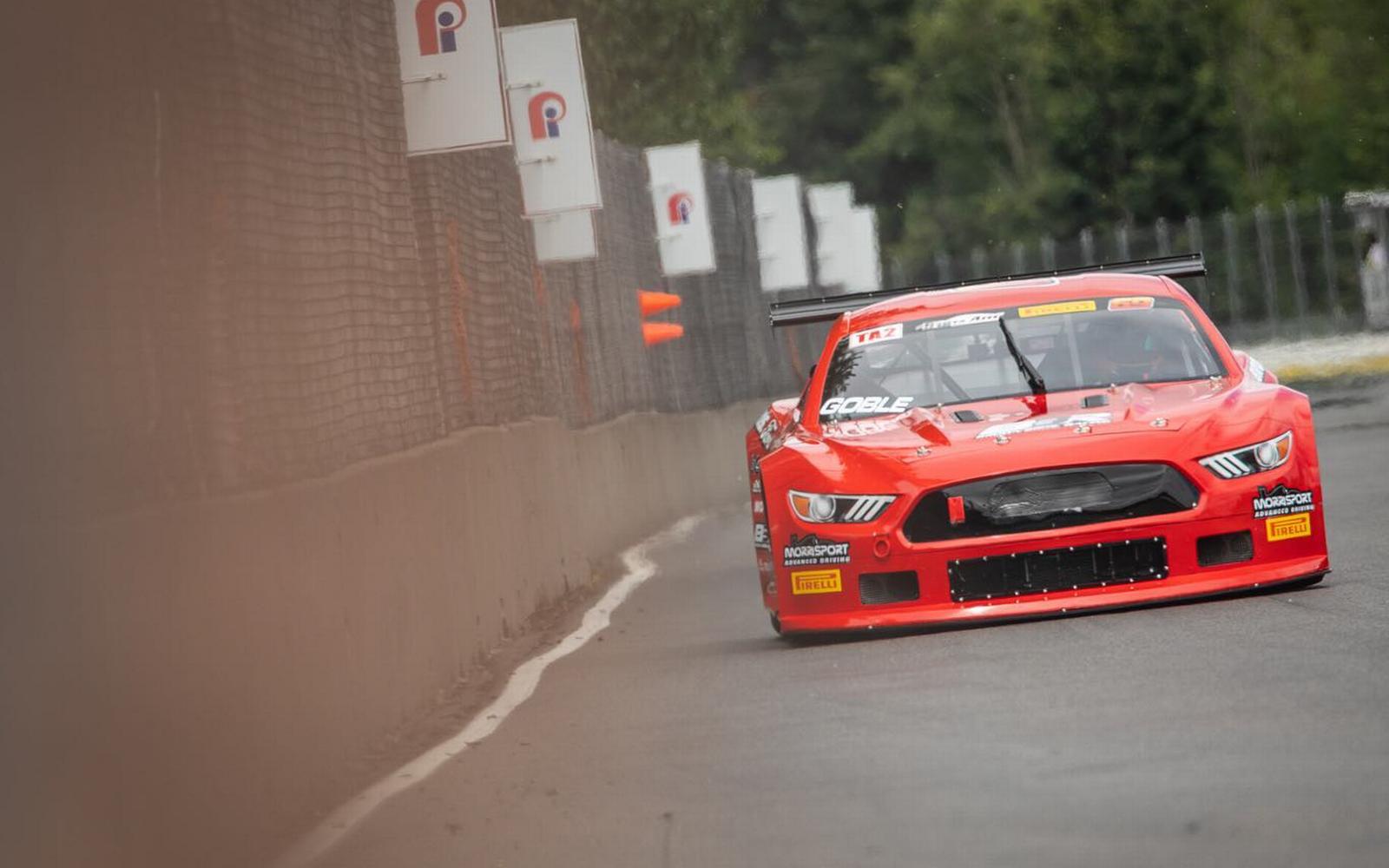 Round 5 for the Trans-Am Western Championship saw 21 cars square off for a 75-minute battle around Portland International Raceway. Brody Goble was making his second start in the TA2 class, in hopes to back up his maiden victory in his Trans-Am start at The Ridge Motorsports Park.

Come race Sunday, luck wouldn’t be on his side. Goble slotted in behind Ken Sutherland where the 2 would team up to put some laps into their 75-minute final. After a short first opening stint of the race, the track went full course yellow as a safety truck needed to be deployed to the back straight.

“As Ken [Sutherland] and I were turning laps, I had noticed some smoke coming from the grass on the outside of the backstraight… Each lap past it seemed to develop a little more, I knew there was something that had come off a car that was catching the brush on fire which ultimately led to the full course yellow for the safety crew to extinguish it” said Brody after the race.

Brody went on to say “while behind the pace car on the backstraight near that fire, I remember running over something that I just never saw, felt it and thought to myself… that better not cut a tire down. After looking at the video, we couldn’t see it on the track but picked it up in the audio when we drove over it.”

That was at the worst possible time for Goble as the pace car turned it’s lights off and the field sped to the green flag restart. Being an inside right rear, there are only a couple left hand corners at Portland where it would really be a factor, but a bolt had gone straight through the center of his right rear Pirelli tire.

“On that restart lap, I first felt something off in turn 6 following Ken, the car just stepped out on turn in and I struggled to get off that left hand corner. The next left after that was turn 10 off the backstraight, where the most commitment on this track is needed. As soon as I turned in, at 155mph, I knew I was going to have to straight line it and try to do everything I could to not just go off.”

He was fortunate to be able to get it gathered, back around for a complete lap of the track without losing further positions and make his way to pitlane for a right rear tire change. His Brown Bros. Ford team was able to get it swapped and keep him on the lead lap.
“We never gave up.” Said Goble. “We knew that if we could keep fighting there was still a chance that a caution could come, and we could get that reset we needed but sadly it went green to the end. In the end all was not lost as we picked up a ton of spots, but we ultimately ran out of time. I’m so proud of our team; In only our second race we were organized enough to have everything ready to go in the pits where Gerry and Clay knocked out a super quick stop. We had Filip from Cortex Racing lending a hand with setup advice and the Brown Bros. Ford Mustang was the car to beat. Tim Brown kept me hungry via the radio and I just did everything I could to maximize what the car would give us for the next 60 or so minutes. These things are so much fun to drive.”

He would end up driving from 17th back to 5th place in the TA2 field over the course of that next 60 minutes and go on to set fastest lap in TA2 by over 7-tenths of a second.