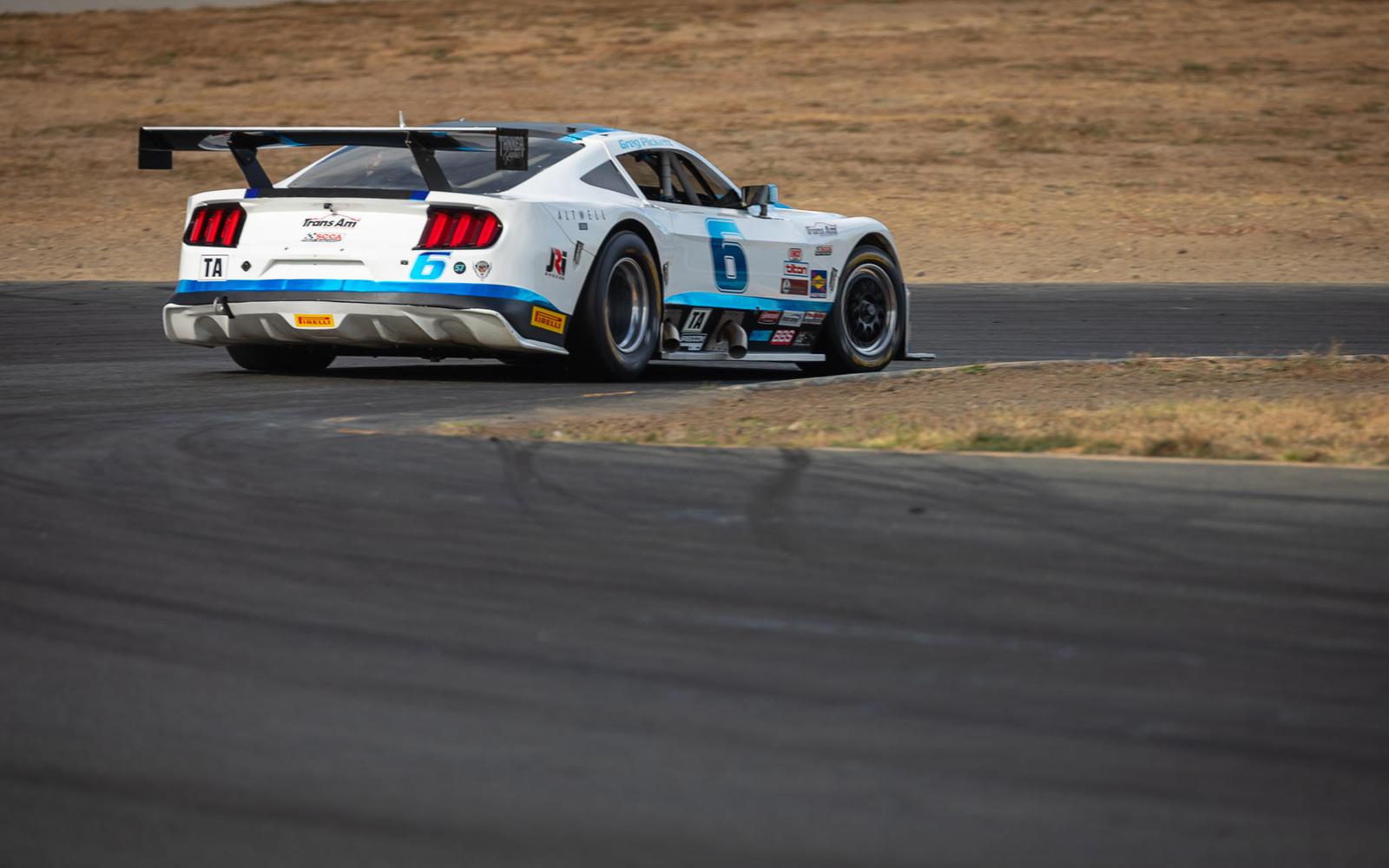 SONOMA, CALIFORNIA (9 OCTOBER 2020) – At 73 years old, Greg Pickett is still out pacing drivers half his age, and during Trans Am Series presented by Pirelli West Coast Championship qualifying , Pickett proved that a driver’s speed is not bound by age as he broke the Trans Am qualifying track record Friday at Sonoma Raceway  on his way to claim his third pole-position start of the season (Full Results).

The last time Pickett visited Sonoma marked another history-making moment for the California native as he claimed his fifth Trans Am victory in four different decades at the same track. He accomplished that on seven of his eight cylinders, all while lapping the entire field besides the second-place finisher Simon Gregg.

On Friday, in another dazzling display of power and speed, Pickett set the fastest lap of the session on Lap 2, and by his eighth circuit, Pickett bagged the new Trans Am qualifying record with a 1:34.994-second flier, driving the No. 6 Pickett Racing Ford Mustang. 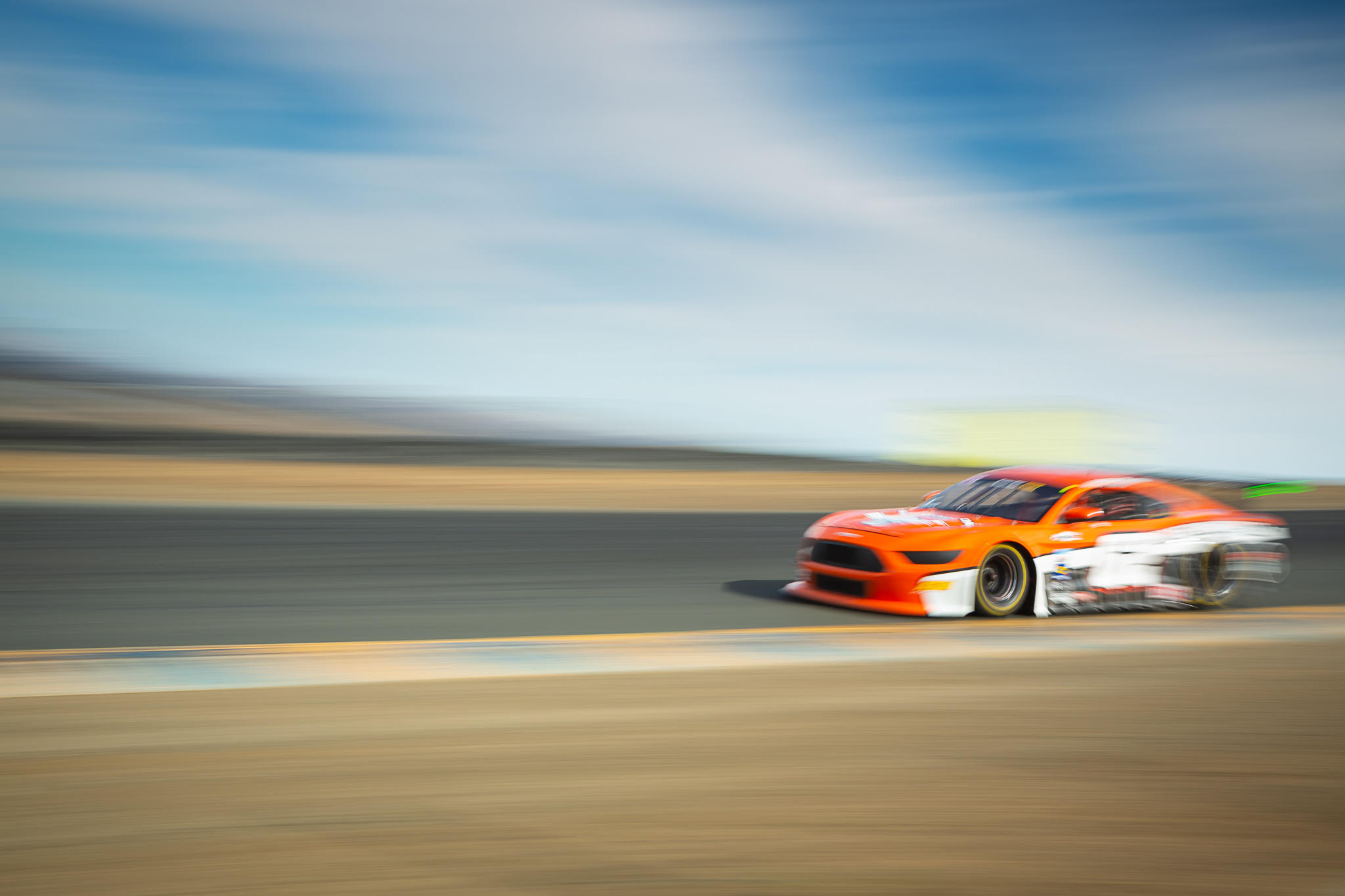 Through his experience and poise on the race track, Pickett gave an effortless performance, but the mixed class qualifying gave Pickett's Mustang a challenge as he was racing the clock to set the new track record.

“Typically TA2® qualifies in its own separate group, and today adding them to the session, made it more difficult to get a clean lap without traffic,” explained Pickett. “We are here to race the clock, and I was always catching someone, so getting into the 1:34s was challenging. But, I was a bit lonely out there without Simon (Gregg). I’ll miss him this weekend. I wish him luck at Road America.”

Simon Gregg, who leads the championship points in the XGT class, is a long-time rival of Pickett and the two have exchanged overall fast times all season. Gregg was forced to miss the Sonoma doubleheader due to schedule conflicts with the SCCA National Runoffs this weekend in Road America.

Feeling a vibration in her motor during practice, Michelle Nagai stayed parked for more than half the 20-minute qualifying session while her Nagai Racing crew investigated the issue. Nagai only turned four laps in her No. 72 NagaiRacing/BerkeleyJetDriveInc. Chevrolet Corvette during qualifying, but managed to lay down the third fastest time of the session with a 1:39.163-second lap.

“We are a bit disappointed today,” said Nagai, “but, we wanted to play it safe today so we could finish the weekend strong.”

Driving the No. 62 Nelson Motorsports Race Cars 4 Rent, Thomas Merrill was the closest to Pickett’s lap with 1:38.558-seconds. Merrill, visiting from the national championship, will start pole-position in the TA2® Powered by AEM class on Saturday.

Before becoming a full-time national Trans Am driver, Merrill got his start competing on the West Coast. The last time he raced at Sonoma in Trans Am in 2018, the California native led every lap from pole position. He intends on repeating that success on Saturday during the 75-mile feature.

“The car felt car felt great today,” said Merrill. “The Tom Nelson team put together a great car on such short notice. We rolled off the truck with a really good car, and just made fine tuning through the day. We raced at Sonoma with Trans Am two years ago and we are looking forward to continuing that streak.”

Nick Rosseno (1:40.437-seconds) in the No. 33 BurrtecWasteIndustries/AMSOIL Chevrolet Camaro will share the front row in TA2® with Merrill. Starting from Row 2 is Tim Lynn ( No. 17 Roof Options/TFB Performance Ford Mustang) and Cameron Parsons (No. 88 Parsons Racing Chevrolet Camaro).

Trans Am debutant John Schweitzer in the No. 00 SuperiorBuilders/KidderMatthews Chevrolet Holden opened up his maiden SGT starting on pole with a fast time of 1:54.593-seconds.

The first combined class 75-mile race will kick off Saturday at 1:35 p.m. Pacific. The weekend will wrap up on Sunday with a 75-mile finale going green at 12:45 p.m. Pacific, the grid will be set on each class’ fastest lap during the race on Saturday. Fans can follow live timing and scoring on TransAm.com/LiveTiming or on Race Monitor. (Full Schedule)