Tom Gloy captured the pole for the 1983 season-opening race of the Trans Am Championship presented by Pirelli, raising the curtain at the rechristened Moroso Motorsports Park near Palm Beach, Florida. This was the first race at track since it was purchased and upgraded by dragster and speed parts magnate Dick Moroso.

Willy T. Ribbs qualified second for his debut in what was then known as the SCCA Budweiser Trans-Am, one position ahead of teammate David Hobbs. Greg Pickett took the outside of the second row in his own No. 6 Corvette.

After sponsoring several independent Trans Am efforts the previous two years – in addition to a $500 pole position award – Portland Mercedes dealer Neil DeAtley stepped up to field a pair of Budweiser-sponsored Chevrolet Camaros for the 1983 campaign. Newcomer Ribbs was at the wheel of the red-and-white No. 28, while Hobbs drove the No. 29.

Qualifying back in ninth was the No. 4 Bondo/Oftedahl Racing Pontiac Trans-Am of four-time IMSA Kelly Girl Challenge champion Gene Felton, making his third Trans Am start.

Gloy took the lead for the following day’s race – highlighting the Phil’s Auto Stores Weekend – and paced the opening 13 laps. The Mercury driver dropped out after 23 laps with suspension damage.

Ribbs then took over, leading four laps, before being passed by Hobbs. Felton – a four-time champion of IMSA’s Kelly Girl Challenge, passed Hobbs on the final lap and nipped the Upper Boddington driver by 0.718-seconds.

While it proved to be Felton’s lone Trans Am triumph, the two DeAtley drivers were only getting warmed up. Ribbs went on to win five of his eventual 17 victories in a breakout season, while Hobbs recorded his only four Trans Am victories en route to edging Ribbs by 10 points for the title.

Cover Photo of Tom Gloy in 1983 action by Mark Windecker 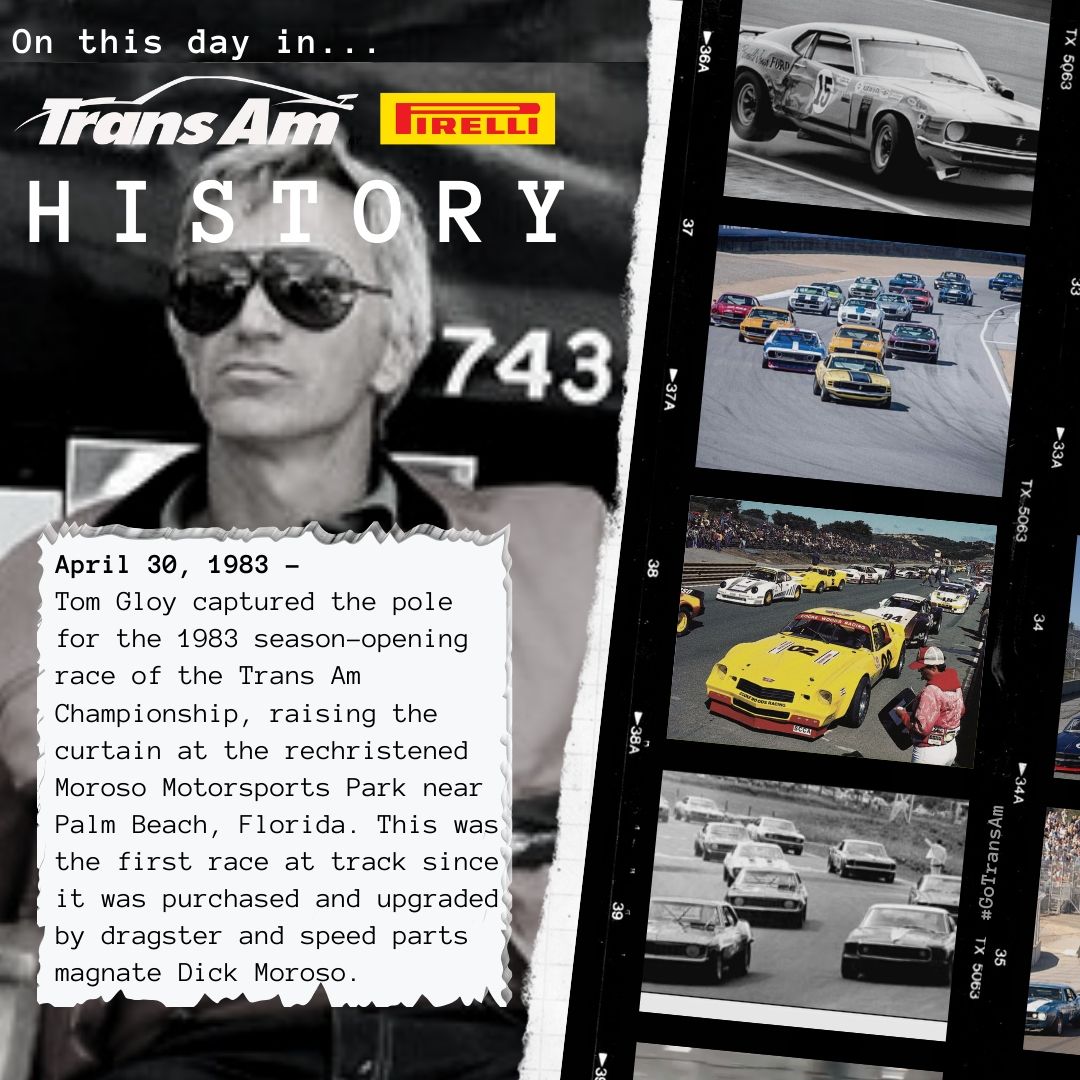