It was the second straight triumph of the campaign for Matos, driving the No. 88 3Dimensional Chevrolet Camaro. The 2009 IndyCar Series Rookie of the Year went on to win five of the 12 races.

Jan Heylen made his Trans Am debut with a second-place finish, with Jordan Bupp scoring a career-best third. Heylen was driving the No. 87 3Dimensional Camaro fielded by Coleman Motorsports, with Bupp at the wheel of the No 80 Doinatelife.net Ford Mustang.

Shane Lewis started on the pole in the No. 92 Turnkey Industries/Surphis Camaro, but lost the lead to Matos in turn one on the opening lap. Third-place starter Kyle Marcelli took over the lead on lap four in the No. 96 AARD/FerPal/MRBP Camaro. Matos regained the point on a restart on lap 18 and led the rest of the race.

Earlier in the day, Francis went flag-to-flag to win the TA event in the No. 98 Frameless Shower Doors Ford Mustang. It was the second-consecutive home-track triumph for the Dania resident, and his 12th career victory in TA competition.

His biggest challenge came from the No. 20 Plaid Mustang of Chris Dyson, but the New Yorker was hit from behind and spun, resulting in a fifth-place finish. Lawrence Loshak took second in the No. 2 Pennzoil/ETE/GoShare Camaro, followed by Amy Ruman in the No. 23 McNichols Company Corvette. David Pintaric held off Dyson to take fourth in the No. 57 Kryderacing Cadillac CTS-V.

Double-duty driver Shane Lewis won in the TA3 class, winning in the Trans Am debut for MGM and its No. 28 Porsche 997.2. 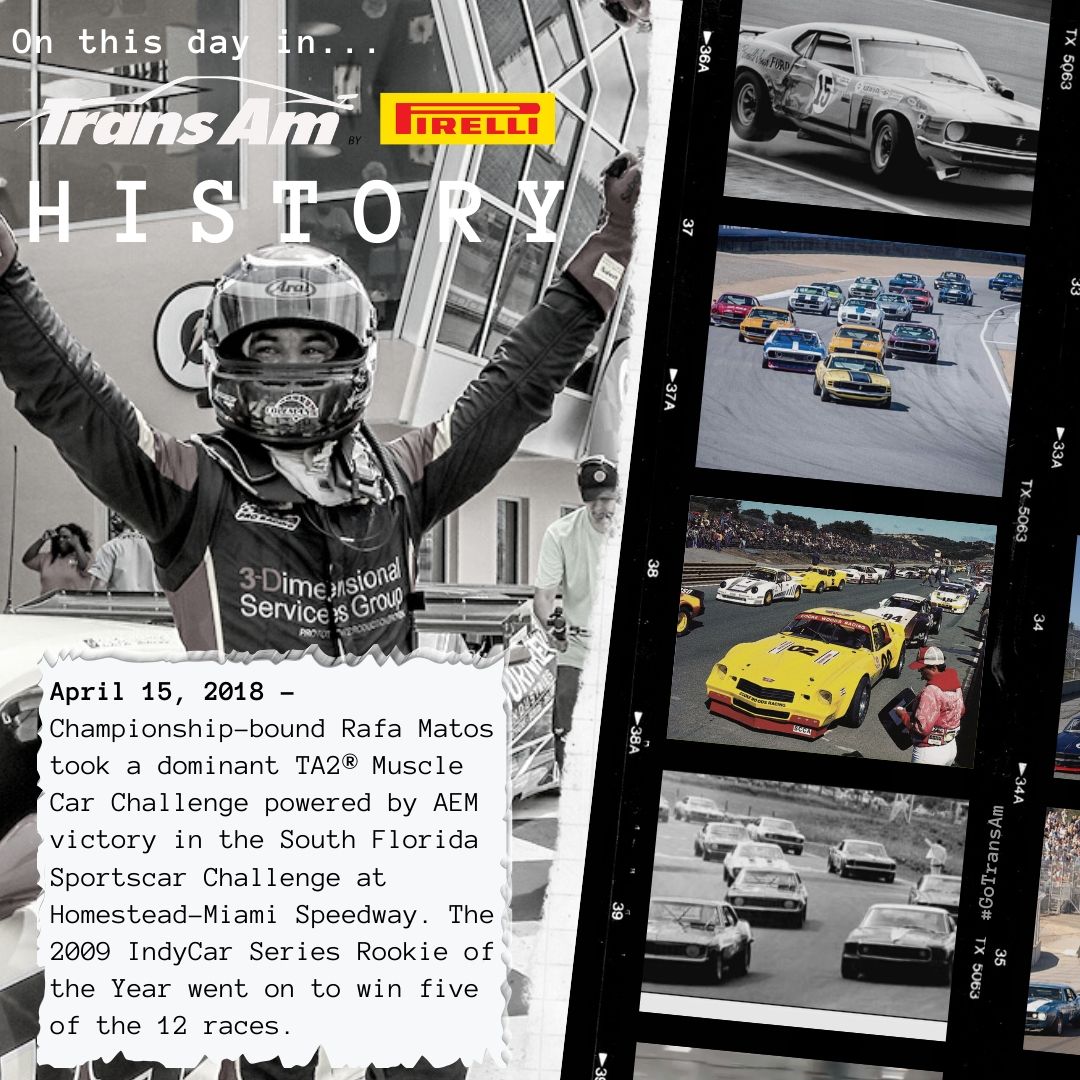