Amy Ruman ran the table to win at Road Atlanta, capturing the pole, leading start to finish and recording the fastest race lap en route to her 14th career victory.

The Ohio driver also took the TA points lead with the victory. She would go on to capture her second-consecutive title in Trans Am Championship presented by Pirelli competition aboard the No. 23 McNichols Company Corvette.

It was the third Road Atlanta triumph for Ruman, who became the first woman to win in Trans Am history at the circuit in 2011.

Ruman quickly sprinted to a 10-second lead by the 14th circuit before the first of three cautions brought the field back together.

John Baucom matched his career-best finish by taking second in the No. 86 Roadraceparts.com Ford Mustang, 2.445 seconds behind after starting from the back of the field. Greg Pickett rounded out the podium in the No. 68 Flavor Insights Jaguar XKR.

Pole winner Tony Buffomante won the TA2® race in a Ford Mustang, followed by the Camaro of Tommy Archer and the Mustang of Dillon Machavern. 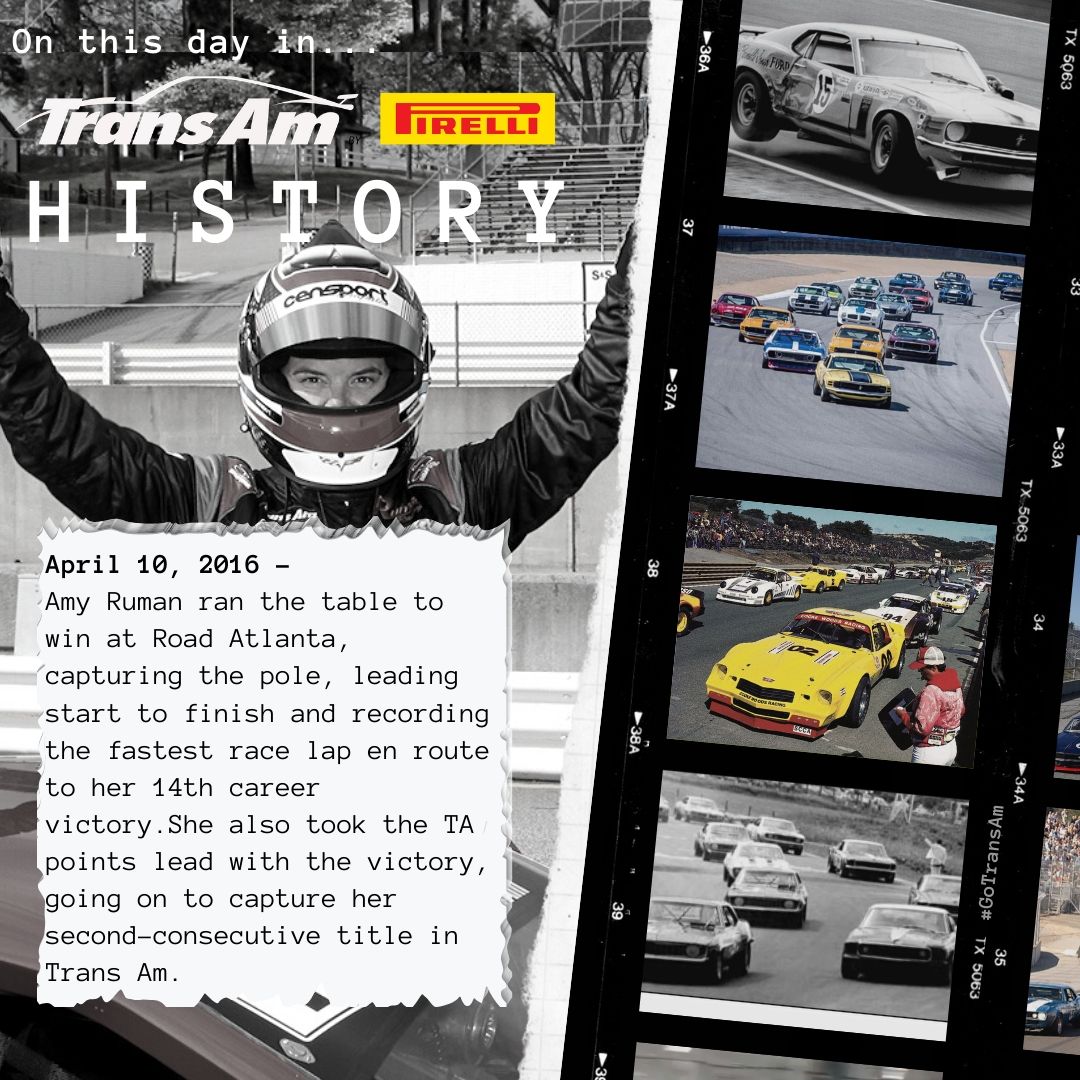