Adam Andretti is born into America’s most famous racing family in Brownsburg, Indiana. The son of Aldo, nephew of Mario and brother of John Andretti, Adam made his Trans Am debut at Road America in 2013. He captured his first pole and first victory at Road Atlanta in 2014, and finished twice in the TA2® standings in both 2014 and 2015. He joined the TA category in 2019, winning at Austin’s Circuit of The America. Andretti has 50 Trans Am starts, with seven poles and six victories among 23 podium finishes.

Adam is set for a full season in TA for 2020. He was running second in the latter stages of the season opener at Sebring when he retired the No. 43 ECC Anchor Bolt & Screw Dodge Challenger due to mechanical issues. The car is painted Petty Blue, with a popular tribute livery that his late brother John carried in NASCAR Cup Series competition for Petty Enterprises. 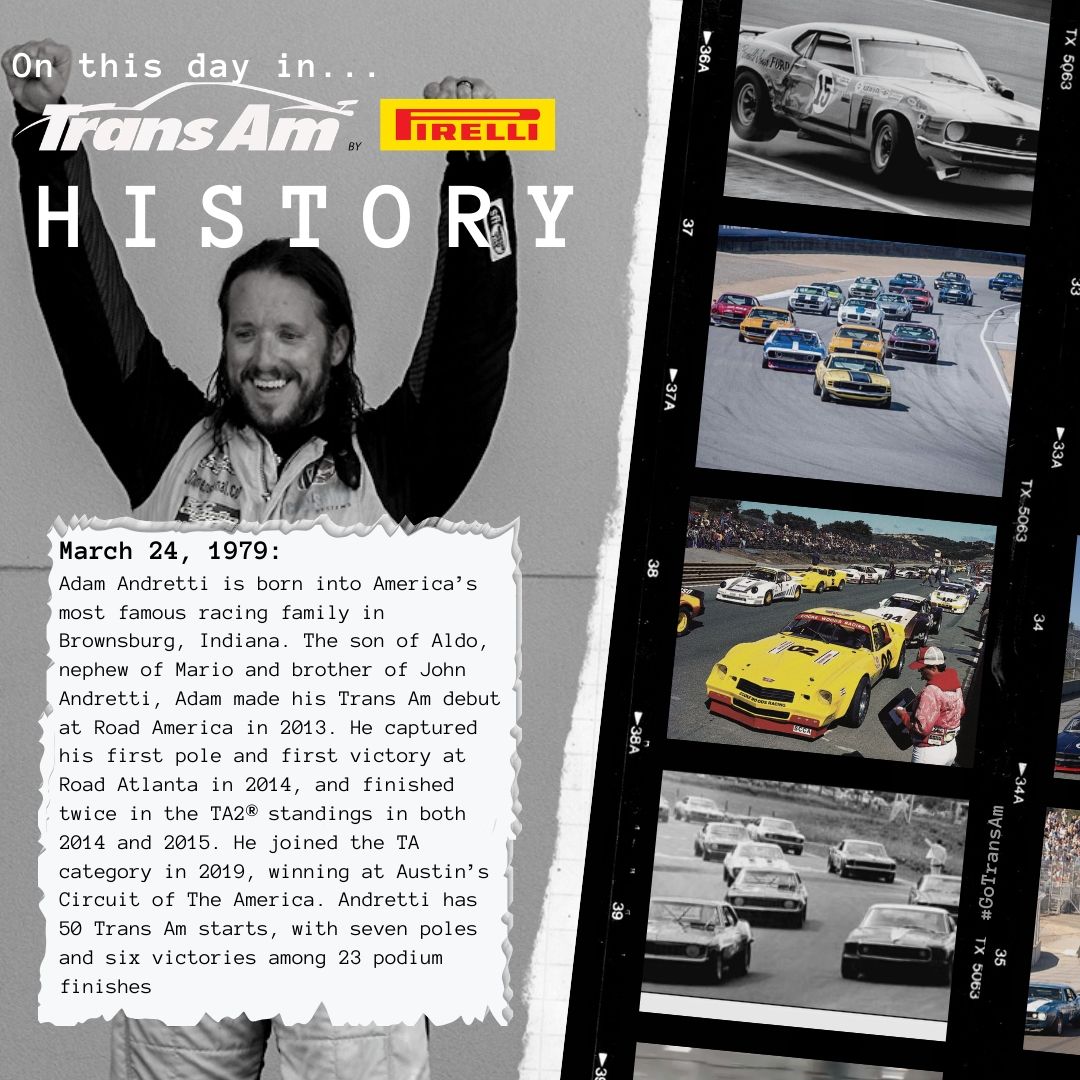