“It was huge,” said the driver from Fife, Washington. “I never thought I would be professional racing in my fifties – let alone chasing the championship.”

The native of Cleveland had a passion for cars from his earlier years. His family had a 1969 Ford Mustang Fastback, and John’s first set of wheels was a 1970 Mustang Mach I he picked up after graduation from high school in 1983 – a car he still enjoys to this day. After participating in track days for a decade, Schweitzer decided to try his hand at racing around five years ago.

"I wanted to step it up and see how I could play with the rest of the boys,” he said. “It’s been quite an experience.”

In his first full season of club racing, he won six races and captured two poles en route to a GT2 season championship, and continued to enjoy success the following seasons racing a Holden Commodore, an Australian-built G.M. product. 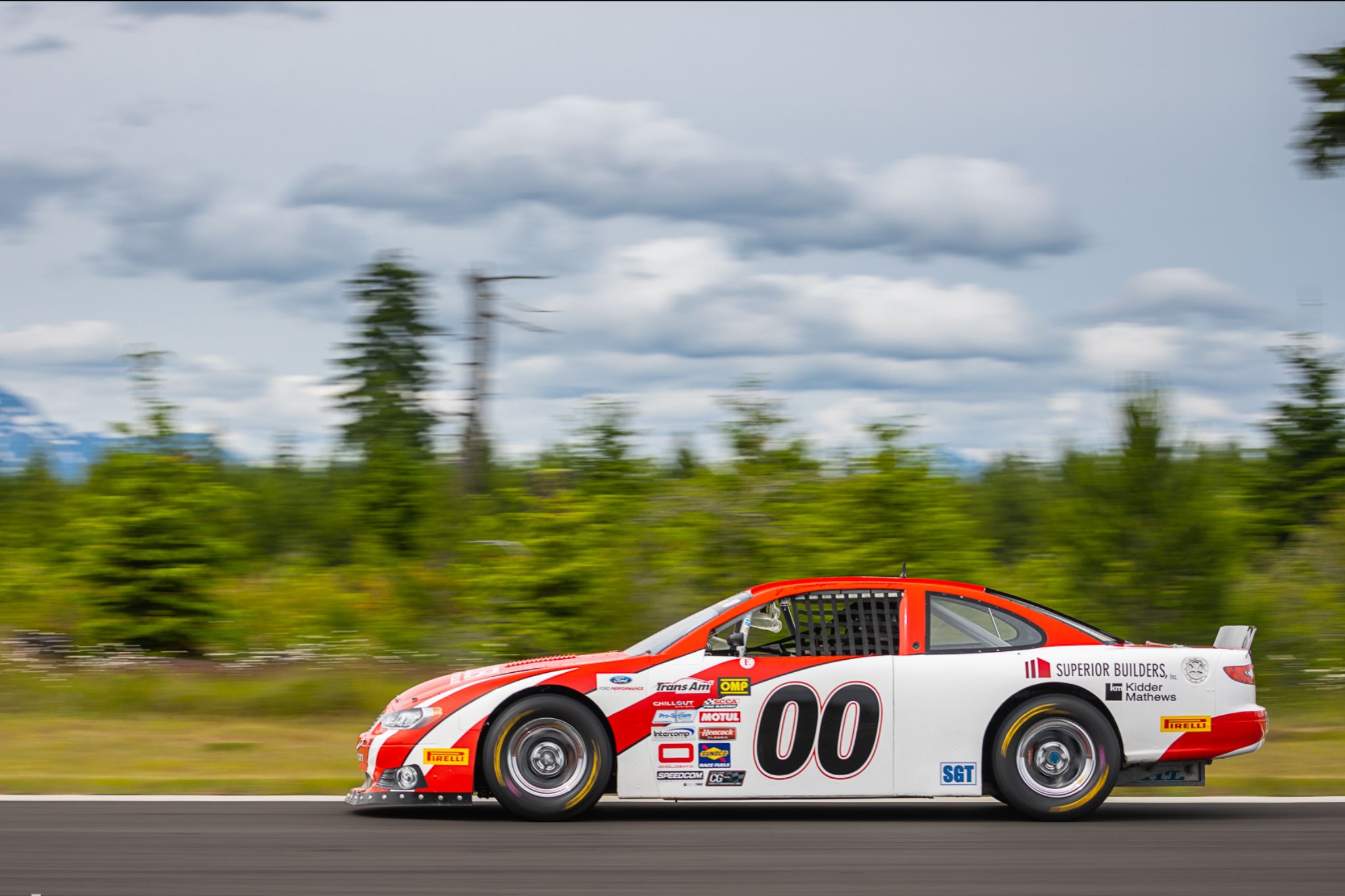 "That car is a 2000 Howe chassis,” Schweitzer explained. “When we were at Laguna Seca, we met Chas Howe, and he built the car and knew the whole story behind it. It’s a two-seater, and that car was a lot of fun. But as the [2021] season went on, the competition got into higher-horsepower cars, so for me to keep up I had to step up the horsepower.”

Schweitzer joined Trans Am in 2020, finishing second at Sonoma in rainy conditions to place on the podium in his first professional racing start.

For 2021, he followed up a third at Sonoma by taking second at WeatherTech Raceway Laguna Seca. At that point, he decided he needed a change, and traded up to a Ford Fusion. His first race with the new car was at Thunderhill, and that became his first Trans Am Western Championship victory.

“The key to that victory was just finishing the race,” he explained. “We had a couple of issues in that race. The exhaust manifold headers, because we were dealing with the sound issue and it caused a big hole to blow out of the headers, so about halfway through the race the header was blowing hot air at my feet, so the last 15 minutes of the race I couldn’t put my feet down. Also, I lost first gear in the transmission. But I was not going to give up first place. I still had good times – my lap times were actually better in the last half of the race.”

He followed up the victory with a fourth at the Ridge and second-place finishes at Portland and Utah Motorsports Campus to clinch the title.

“Every race was a highlight,” Schweitzer said. “Every race had something unique about it. After Thunderhill was the Ridge, and it rained pretty bad. I tried to drive in the rain, but my windshield was so bad I couldn’t see where I was going. My pit crew had to tell me which way to go so I could get to the pits and get parked. 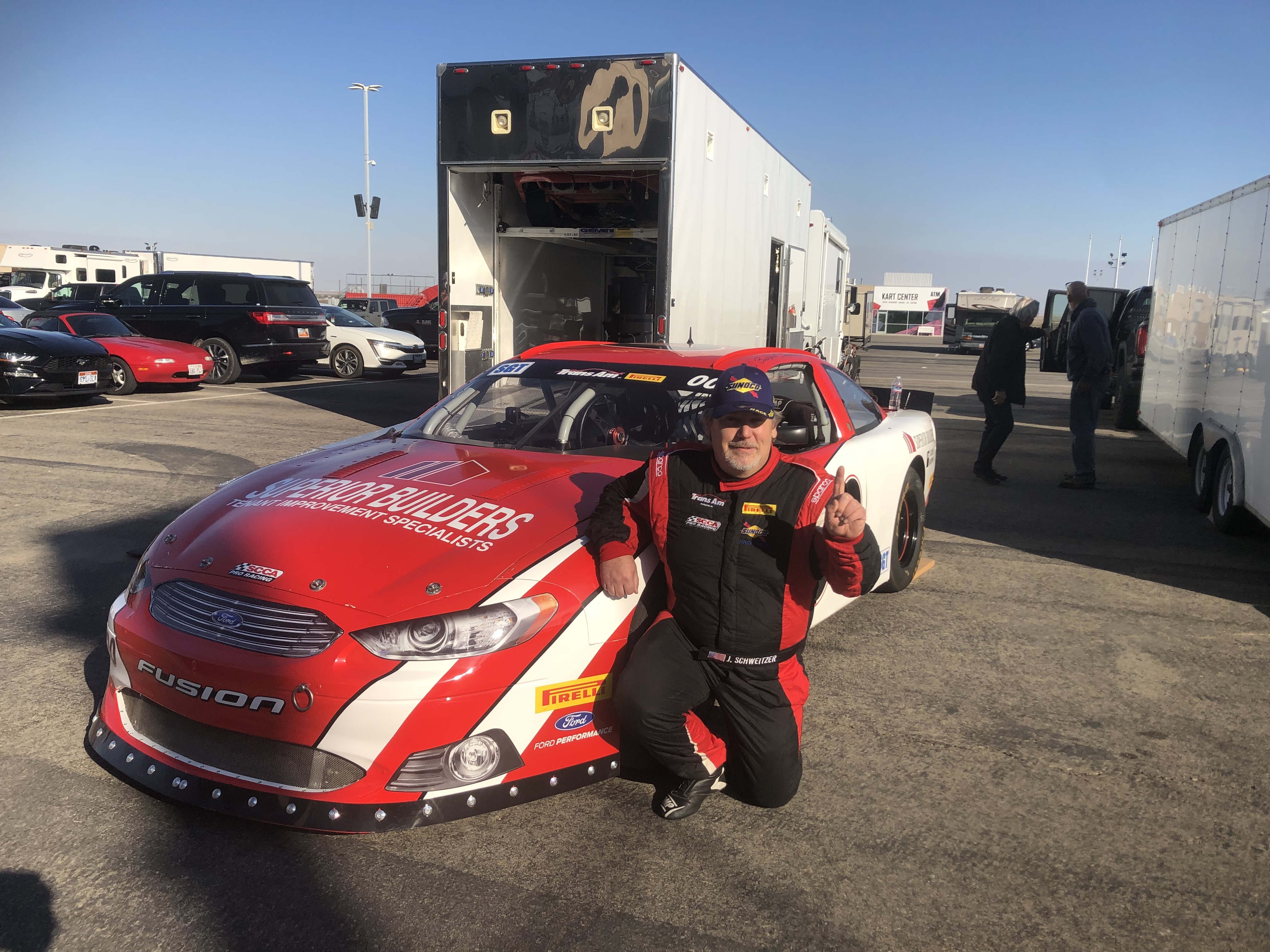 “At Utah, we had a practice day with 50-mph wind gusts. I had my best laps of the weekend during that windstorm. That race went really well for me, but the big downfall was that there were no yellow flags. I was running better laps in the second half of the race, so I was hoping for a yellow to get me caught back up and get another shot at them.”

With the championship in hand, Schweitzer took on a new challenge in the season finale at Austin’s Circuit of The Americas – running in TA2® with an eye to the future.

“I was a little challenged – my first time driving a TA2® car and my first time at CoTA,” Schweitzer said. “We didn’t have a lot of practice time, so I started finding my way around the track in the second half of the race.”

Now, Schweitzer is set to make the step to the new division.

“My goal is to get out there, and always try to finish ahead of where I started, and see how many points I can rack up,” he said.

The move to TA2® takes Schweitzer full-circle – he’s back behind the wheel of a Ford Mustang, a 2020 Mustang built by Stevens-Miller Racing.

“I love Ford Mustangs, and that was a big selling point with Stevens-Miller,” he said. “I have a few Mustangs I keep at my shop, in my ‘man cave.’

"With everything shut down from COVID the past two years, I don’t know what I would have done if it wasn’t for racing,” Schweitzer said. “I’m committed to keep racing for another 10 years, at least. My racing goal is to do some National events on the East Coast. I’d love to go to the July 4 event at Road America, with the NASCAR race going on, that’s a bucket list event for me, along with Watkins Glen and some of the other tracks. I hope to do one or two different tracks out east, I love the National events. When they came to Laguna Seca this year, it was absolutely phenomenal.” 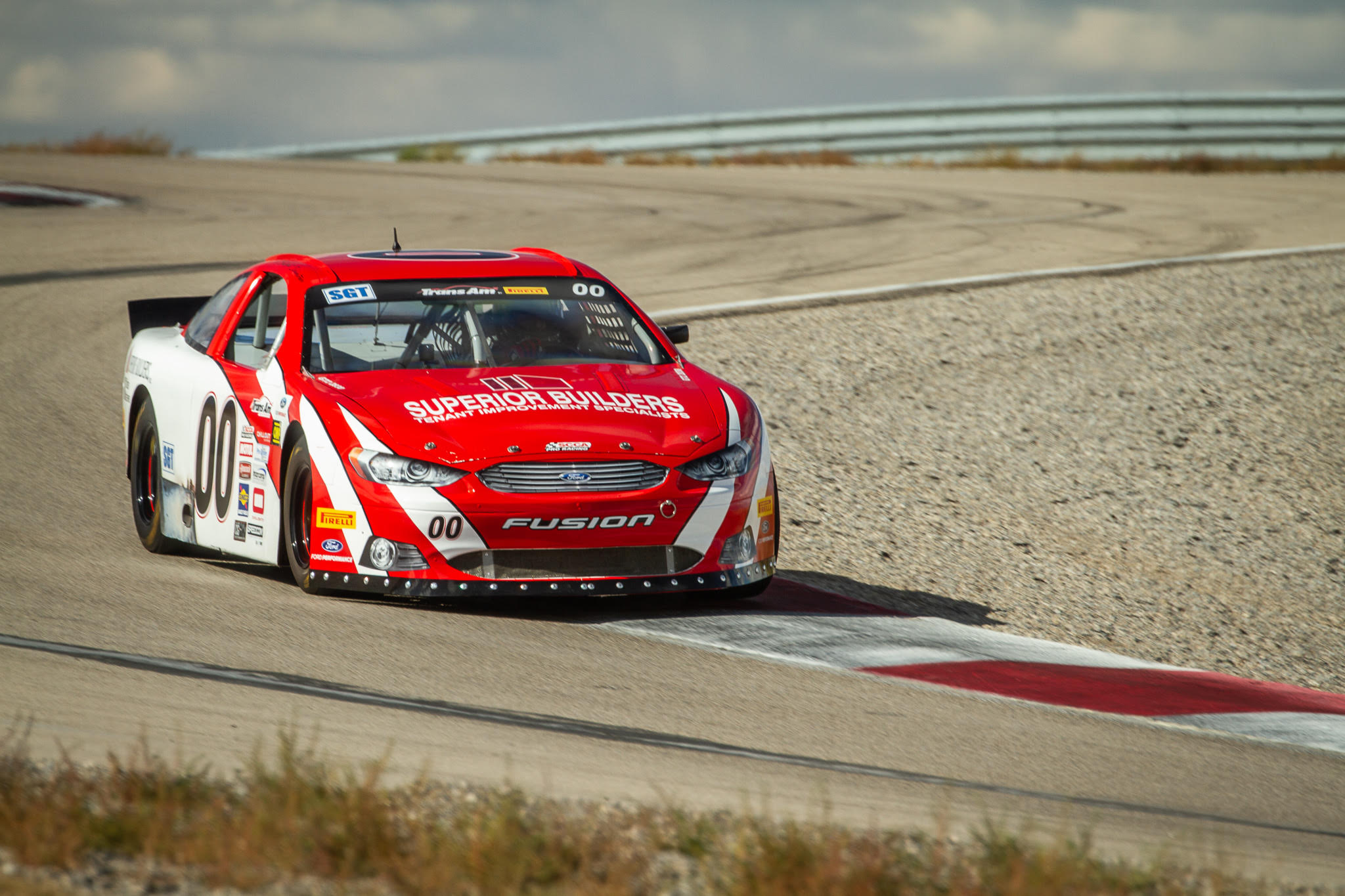 The Trans Am Series presented by Pirelli Western Championship returns for its sixth season in 2022, visiting iconic tracks in the Western half of the United States in conjunction with the SportsCar Vintage Racing Association (SVRA) SpeedTour. The series will open its 2022 season at Thunderhill Raceway April 9-10. For a full schedule and more information on the Trans Am Series, visit www.GoTransAm.com.