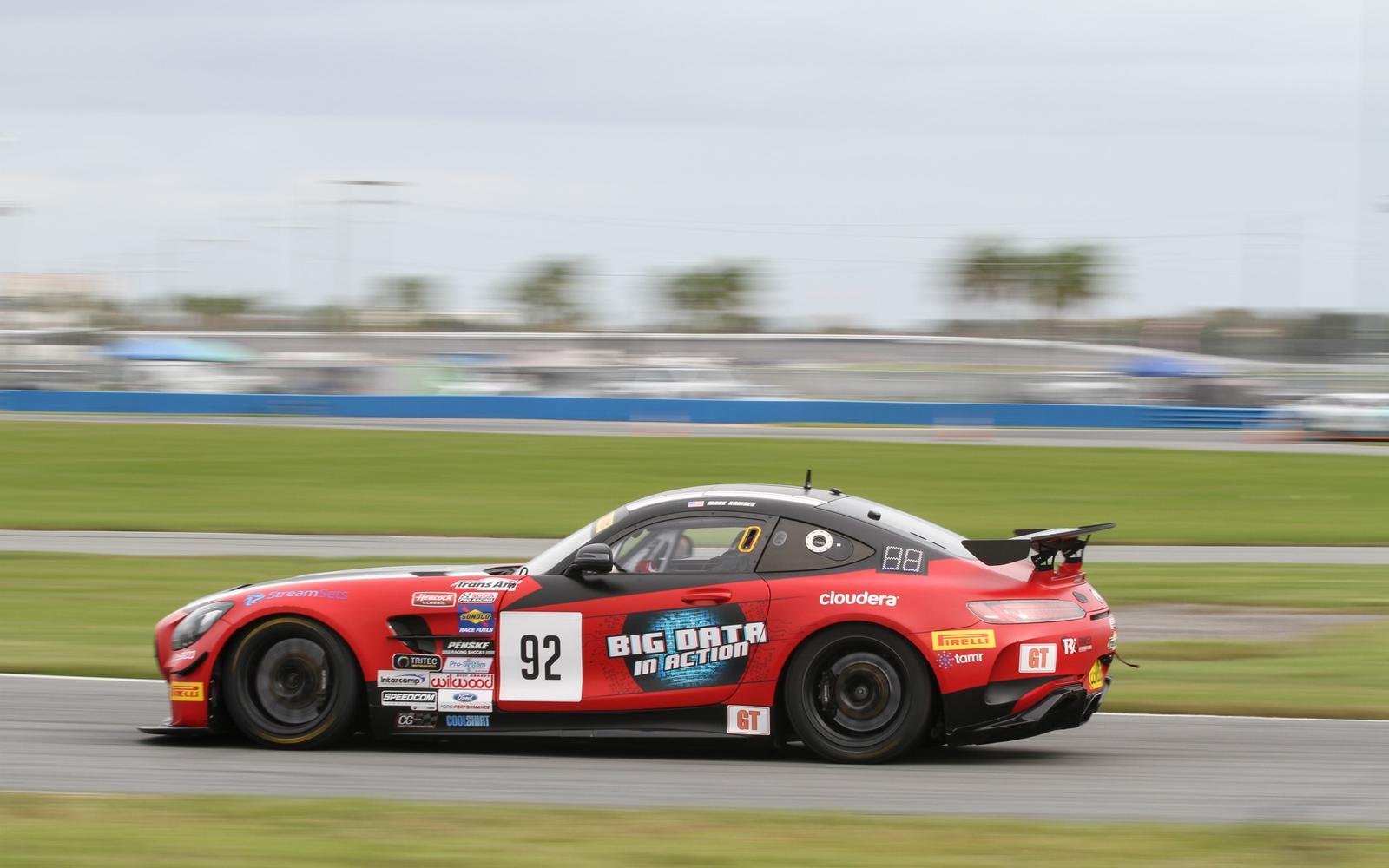 Chris Dyson came home a winner in Saturday’s Trans Am by Pirelli season finale at Daytona International Speedway, leading every lap from the pole in the No. 20 Plaid Ford Mustang for his third victory of the season.

Dyson’s best was not enough to derail Ernie Francis Jr.’s drive to a sixth career Trans Am title. The 21-year-old South Floridian shadowed Dyson throughout the 29-lap race, although he cut a tire on the final lap in the No. 98 Frameless Shower Doors Ford Mustang that extended the margin of victory.

Adam Andretti drove from the back of the pack to finish third in the No. 17 Engineered Components Co./AnchorBolt Chevrolet Camaro, prevailing in a spirited battle to end Tomny Drissi’s bid for a fourth-consecutive podium finish in the No. 8 Lucas Oil/Axalta Chevrolet Camaro.

Steven Davison ended his GT championship season with his fifth victory in the No. 22 Davinci Plastic Surgery Aston Martin Vantage. Davison went to the point during a lap 10 caution when early leader Mark Ramsey had a drive-through penalty when the first-time Trans Am competitor missed the wave-by in the No. 92 Big Data in Action Mercedes-AMG GT4. Billy Griffins took second in the No. 14 Griffin Auto Care/Sheehan’s Towing Ford Mustang.