Matos Turns Up the Heat, Captures Brainerd Trans Am Pole

Matos turned a quick lap early and remained on top throughout the session, with a best lap of 1:30.050-seconds in the No. 88 3-Dimensional Services Group Ford Mustang. Despite soaring temperatures taxing man and machine alike, Matos is ready to race on Sunday. (Video: TA2 Qualifying Report)

“I think the biggest challenge this weekend will be the heat that we are facing,” said Matos, capturing his second pole of the season and 12th of his career. “The heat affects the drivers, but also affects the car setup and the way the car handles. It’s brutal! Tomorrow’s going to be the same thing, but the good news is my car is very consistent. The 3-Dimensional Services Group team is amazing, again. They gave me a great car so I was able to put in a perfect lap, four-tenths ahead of Mike (Skeen), and three more points for the championship. Hopefully we will have a clean run for tomorrow.”

"I feel like this morning we had a really good package when the track was a bit more grippy," said Skeen. "Our car was still quick, tomorrow is a new day. We will make a couple tweaks and go from there." 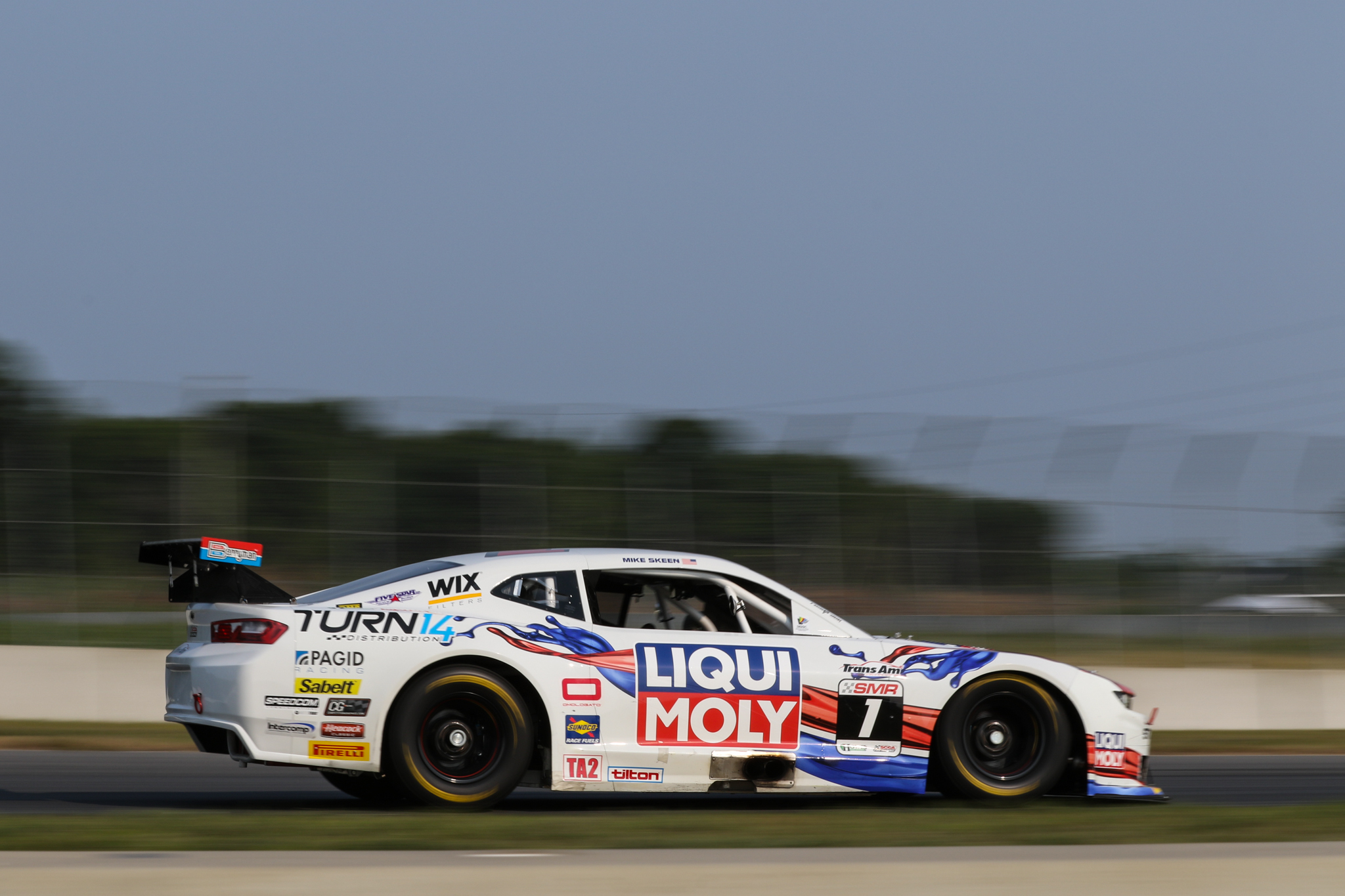 Thomas Merrill, third in the championship with 110 points, was third-fastest, 1:30.627-seconds in the No. 81 HP Tuners/Mike Cope Race Cars Ford Mustang.

"We were much slower this afternoon than this morning, but we expected it," said Merrill. "Our strategy was to minimize the laps on the tires because the surface here is a bit abrasive and we knew we would only have one or two shots at it. We wanted to stay within sight of Mike (Skeen) and Rafa (Matos). We were faster than anticipated and got slowed up a bit behind Mike on our fastest lap. That's a good problem to have, because we have a better car than we thought we did going into the race."

An incident in Friday’s practice session eliminated the No. 48 Big Machine Vodka Ford Mustang of Scott Borchetta, who spun and was hit by Connor Mosack’s No. 28 Nic Tailor/GS M1-SLR/Fields Chevrolet Camaro. Borchetta was cleared to race, but his crew opted to prepare the car for his upcoming home event at Nashville. The TeamSLR team went to its backup car for Mosack, the same vehicle that Sam Mayer drove to victory in the recent race at Road America. 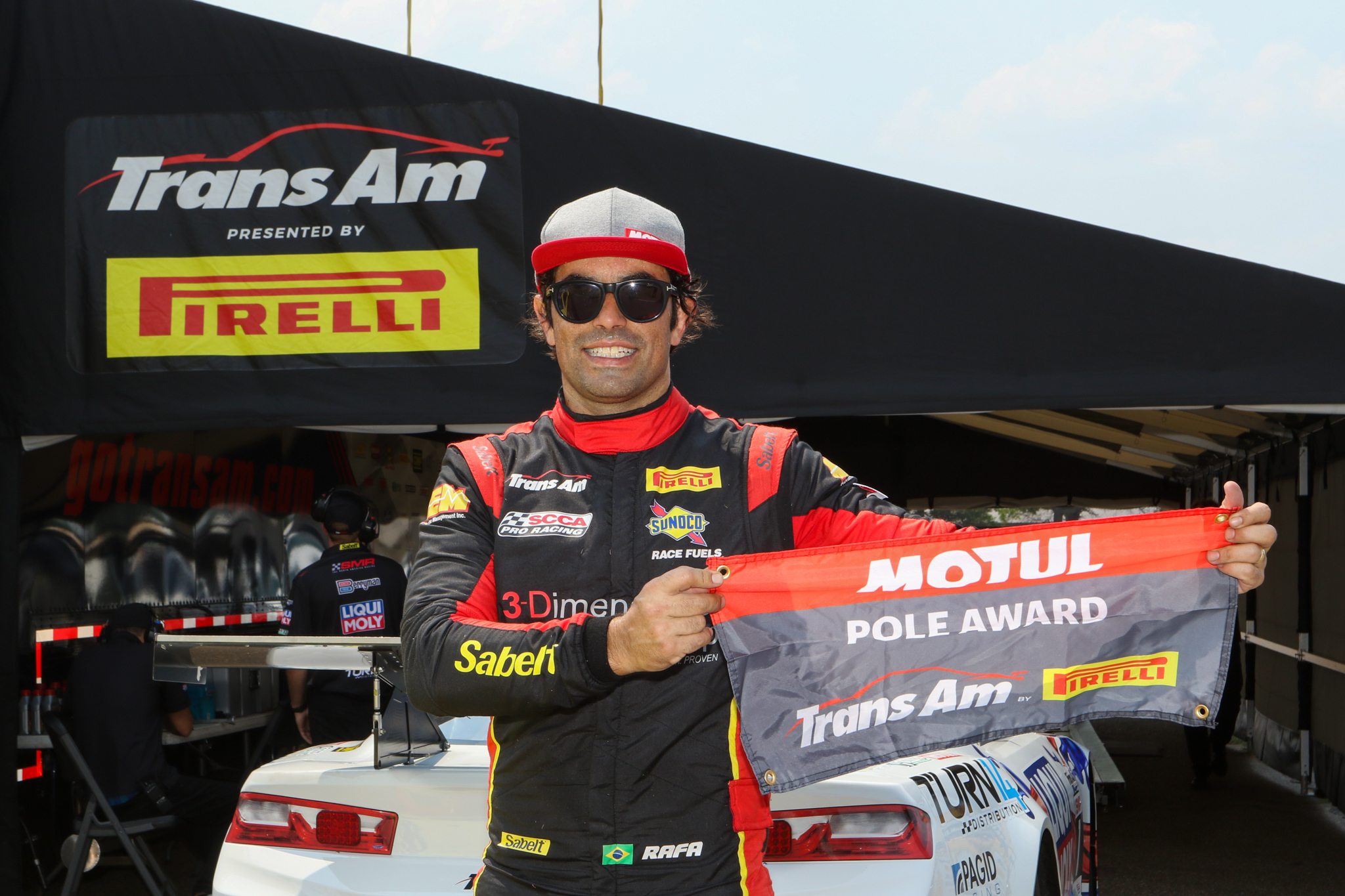 Mosack – fourth in the standings with 97 points – went out and qualified fourth-fastest in the unfamiliar car, 1:31.177-seconds. He was followed by Edward Sevadjian, Michael Self, Adam Andretti, Adrian Wlostowski, TA2® debutant Jack Wood and Tom Sheehan.

The full race weekend is live streamed on the Trans Am by Pirelli Racing App. Download and subscribe: https://bit.ly/34qQfCG