PORTLAND, OREG. (24 JULY 2021)-  Sunday at Portland International Raceway was all about survival for the Trans Am Series presented by Pirelli West Coast Championship as drivers endured nearly 150 degree temperatures from the cockpits of their TA2® machines. The heat wave moving through the Pacific Northwest also caused changing track conditions with several segments of the 1.967-mile circuit polling with traction-robbing oil. 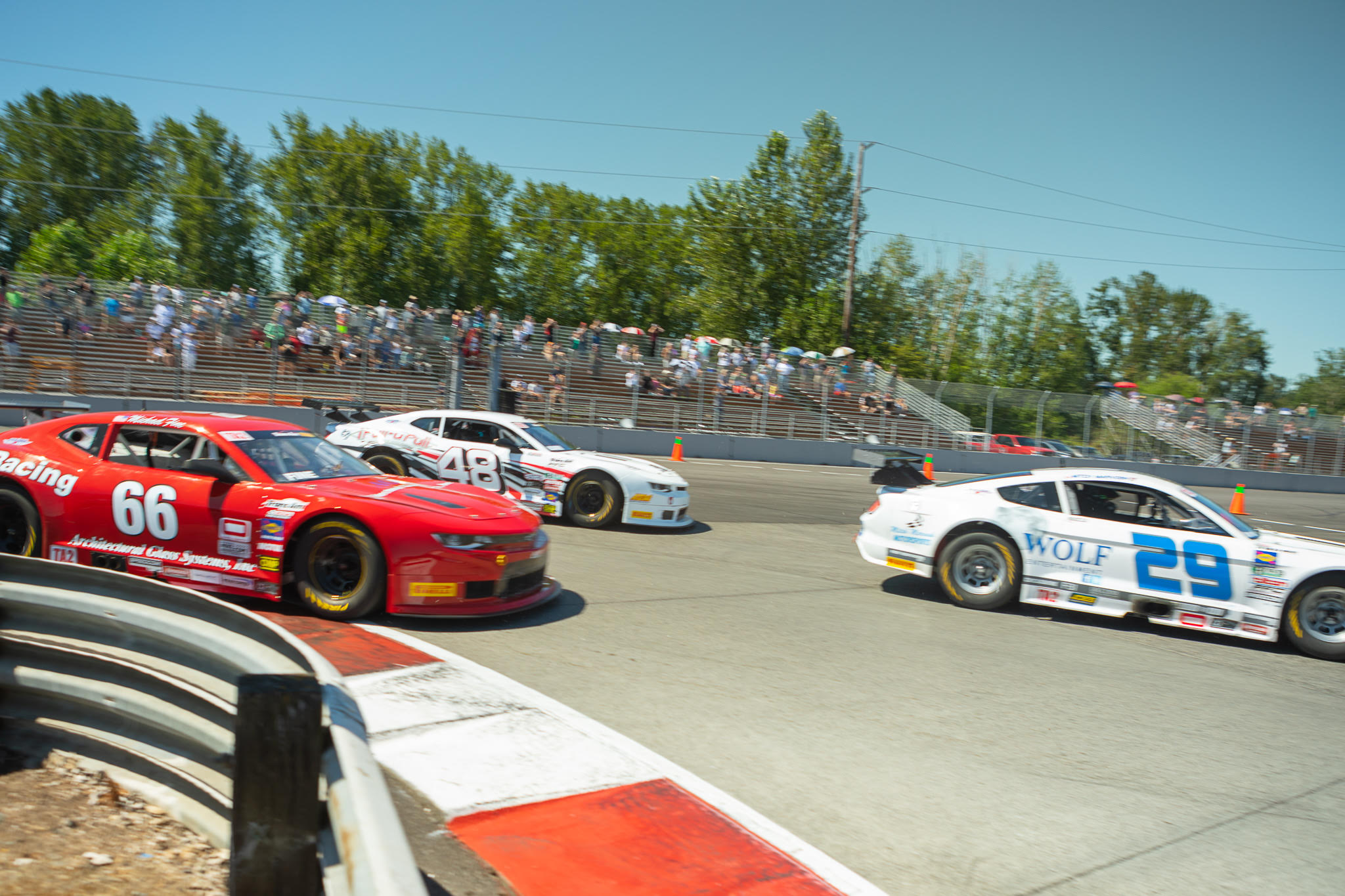 Battling the heat and a slippery circuit, Tim Lynn charged from an eighth-place start to claim his second victory of the season. Lynn’s No. 17 Roof Options Ford Mustang crossed the line in second behind Jeff Holden, but was later promoted to first after Holden’s shocks were found to be noncompliant in post-race tech, which disqualified his race result.

“It was a hot and difficult race,” Lynn said. “We missed The Ridge. To come back and take the win was special for the team.”

The 100-mile sprint saw three different leaders, with Ken Sutherland (No. 68 Cascade Sotheby's Chevrolet Camaro) taking the lead from pole-starter Brad McAllister (No. 28 www.PortlandImplantDentisry.com Ford Mustang) off the start. McAllister repaid the favor on the next circuit and held the point until a full course yellow brought out by Carl Rydquist on Lap 9 grouped the cars back up.

Rydquist missed qualifying on Saturday due to a clutch failure earlier that day in practice. The TA2® West Coast championship leader started from the last row and pierced into the top 10 before his car stalled in Turn 6, requiring a tow. 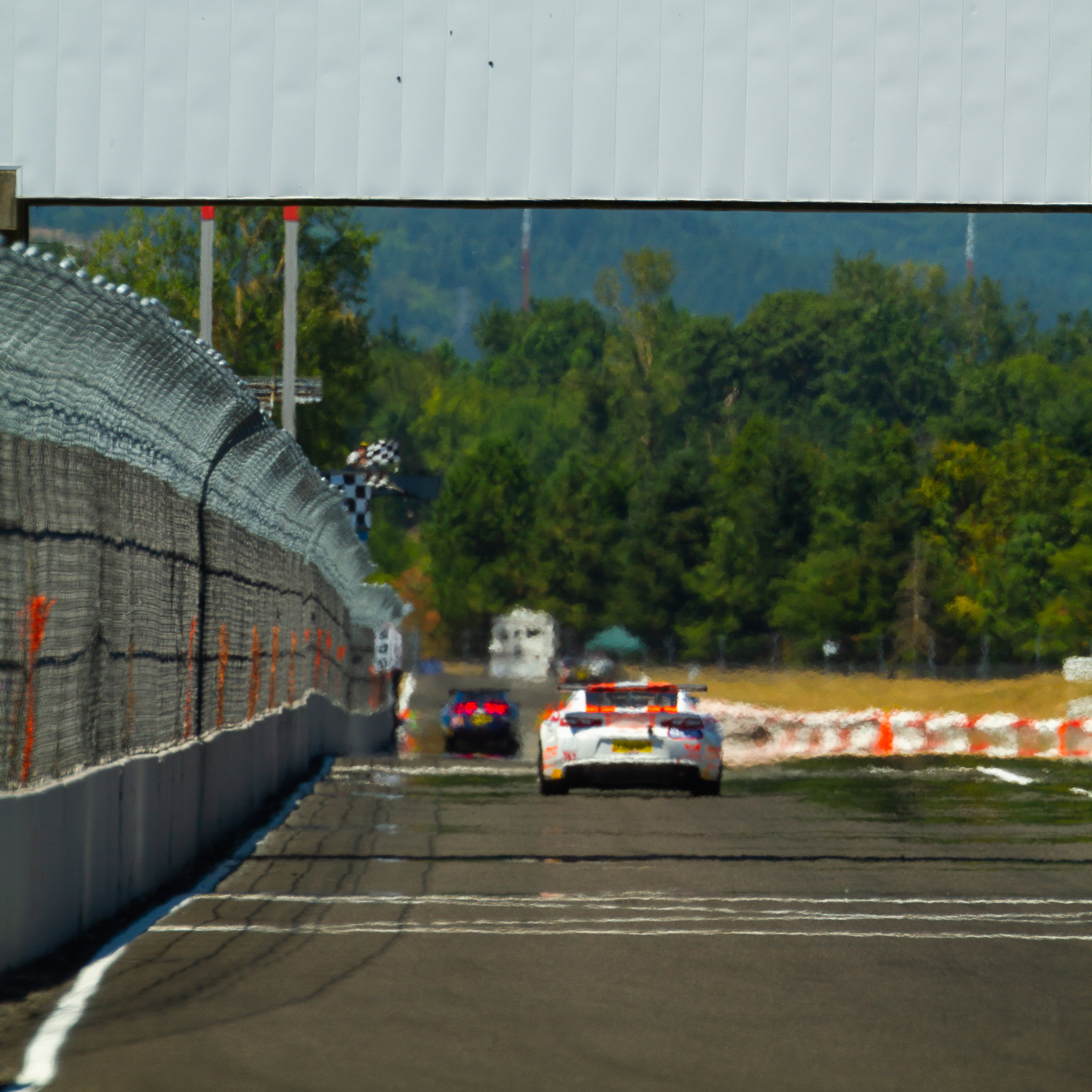 On the restart, Holden got the jump on McAllister. In a wheel-to-wheel dogfight, Holden contested from the outside on the back straight, moving into first and bringing Sutherland up with him. Trying to regain his position, McAllister spun off track through the Carousel. The Portland native continued under his own power, but lost out on his podium chance before retiring later in the race with mechanical issues.

While Holden pulled away from the pack, the battle for the last podium positions were just as heated as the weather, leaving the top three undecided until after the checkered flag dropped.

Lynn charged through the field and started to make his podium bid on Lap 31. The WeatherTech Raceway Laguna Seca winner moved into third after winning a lap-long contest with Troy Lindstrom’s No. 63 RaceCars4Rent Ford Mustang.

With 10 laps left, Sutherland shunted off course and stayed there for the remainder of the race, gifting Lynn his third podium finish of the season.

Starting sixth in the No. 67 Cascade Sothbey's Chevrolet Camaro, Dave Kunicki also had his share of action campaigning for his first podium finish of the season. After a battle against Matthew Butson ended with Buston losing brakes in the final laps, Kunicki was in fourth when he inherited third from Darrell Anderson. On the final lap, Anderson ran out of gas before crossing the finish line .  Kunicki was issued a time penalty post-race for jumping the start, but with Anderson finishing a lap down, Kunicki was able to keep his promoted second-place result. 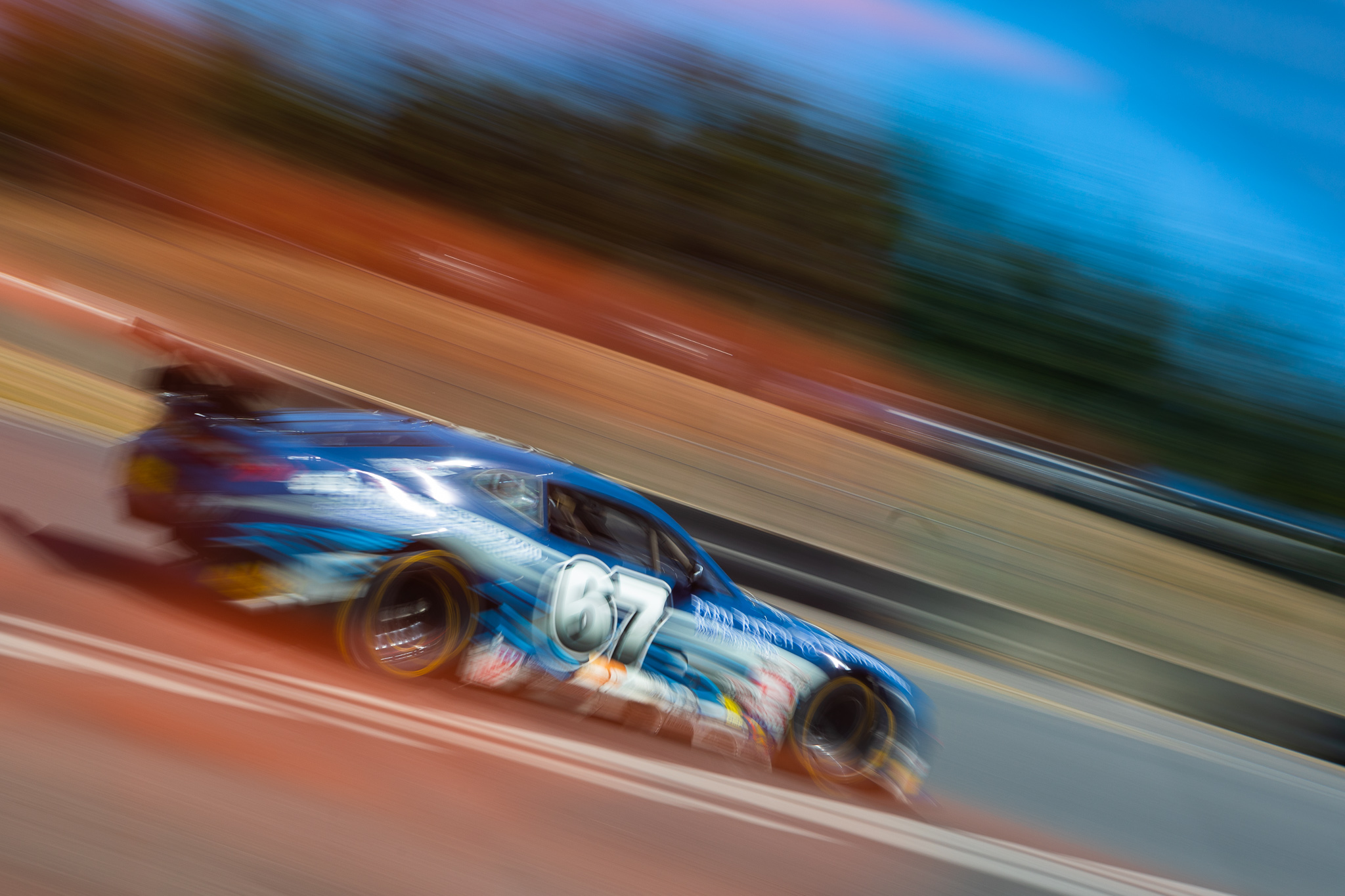 “The track was incredibly oily and there was a lot of action from start to finish,” said Kunicki. “The team did great with the set up, building a car that would outlast these grueling conditions.”

After making contact with the Turn 12 tire barrier in practice, Anderson missed qualifying as his team completely rebuilt his suspension and bodywork overnight. Starting from 15th, the No. 15 Park Place Constructors Chevrolet Camaro pilot charged to third by Lap 42 and built a sizeable gap from Kunicki until running out of gas on the final lap due to a compromised fuel cell damanged in his incident in practice.

Anderson was fourth at the end of the race but was later classified third following technical inspections.

“We got lucky today,” said Anderson. “The team put in a lot of hard work overnight to make sure I made the race. I was devastated when we ran out of gas on the last lap. I didn’t’ know we were in third when it happened, which made it all the more painful. To come away with a podium result after the weekend we had was a true reward.”

Mitch Marvosh recovered from a 12th-place start to finish the race in fourth. His smooth passes in the final laps of the race in the No. 29 Wolf Entertainment Ford Mustang earned Marvosh the ChillOut Move of the Race. Michele Abbate wrangled gremlins most of the weekend but was able to wheel her No. Lucas Oil Products Chevrolet Camaro to a fifth-place finish. 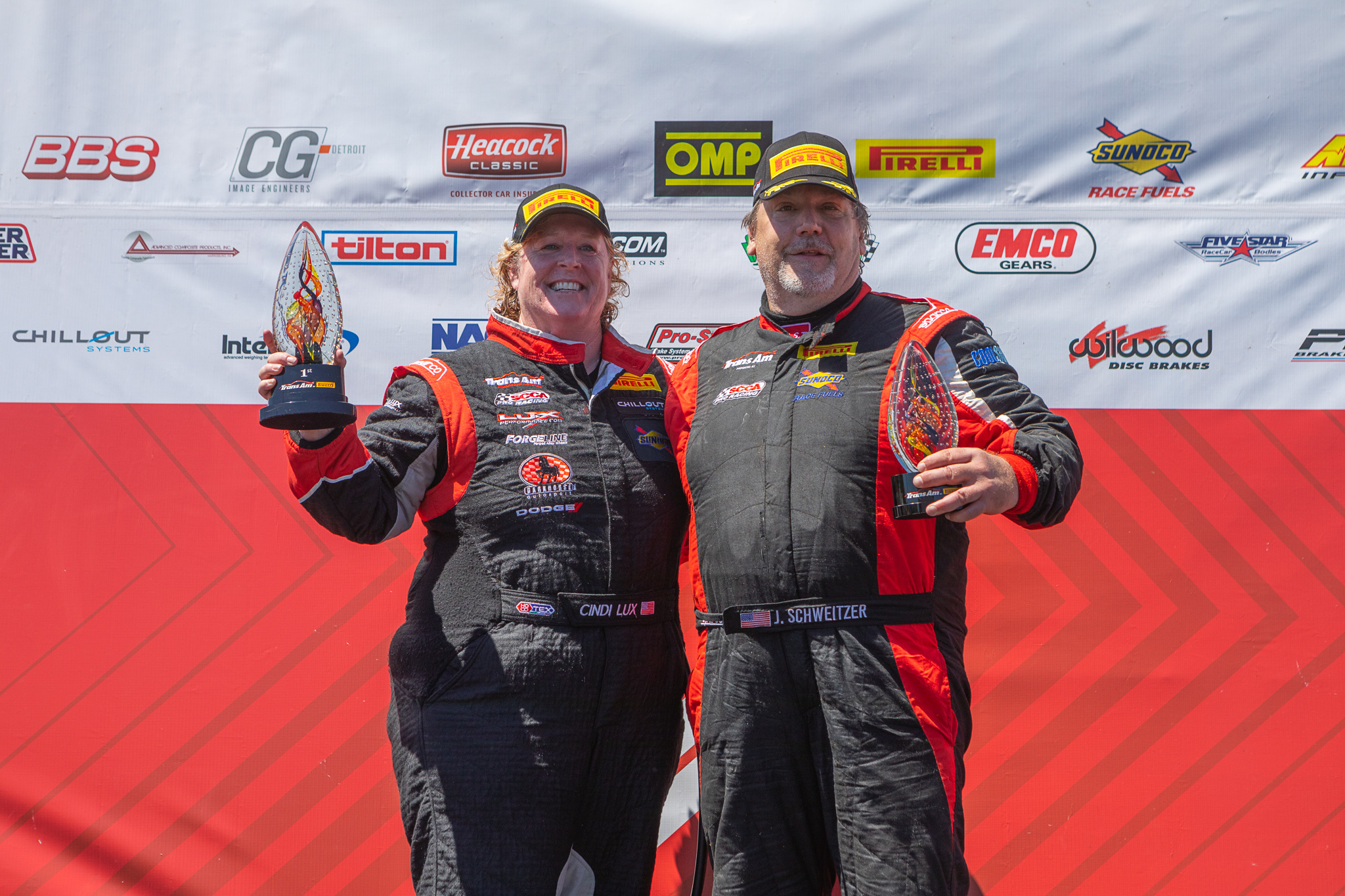 “Today’s race had a lot of action going on all over the place, possibly due to the heat,” said Lux. “Portland is an older track and it gets  greasier with higher temps. My car ran great for the first third of the race, but then the differential got hot, and about 10 laps later it was totally blow up and fried. It was a handful, but we nursed it all the home for the win.“

The Trans Am West Coast drivers will take a summer break before returning for their penultimate round at Utah Motorsports Campus October 9-10.

The next time the National TA2® drivers take the green will be on the streets of Nashville for the inaugural Music City Grand Prix August 6-9.  For more information visit www.gotransam.com