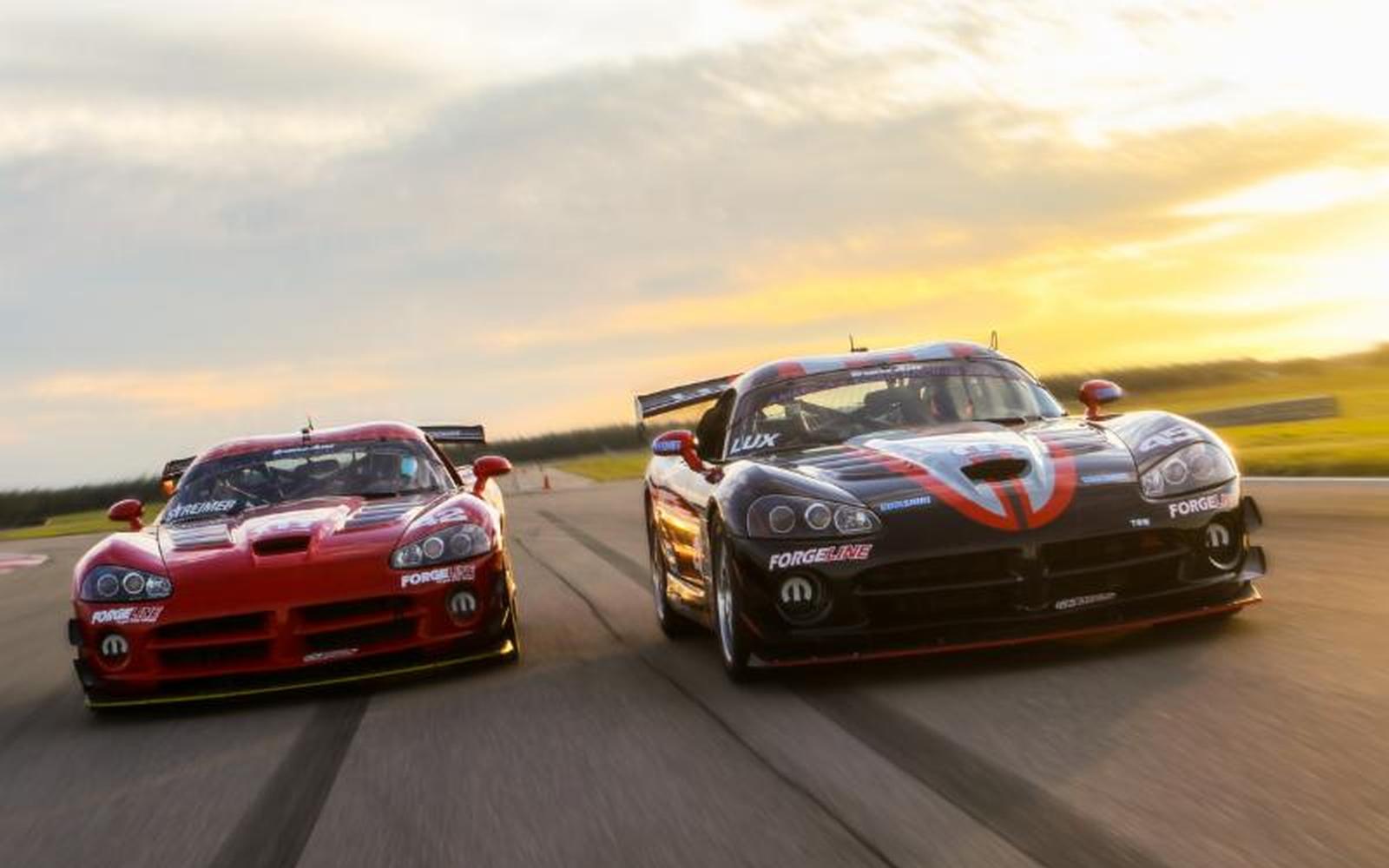 Aloha, Oregon, November 8, 2016| Fifty year anniversaries are commemorated in gold. In 2016, Lux Performance Group celebrated the Trans Am Series' five decades of competition by bringing home two wins, two runner-ups, three third-place finishes, two pole positions. The Aloha, Oregon-based team never ran outside of the top-five taking the checkered flag each weekend. All of that in a limited five race schedule for its two Dodge Viper ACR-X race team. Steve Streimer (Sherwood, Oregon) captured the top-step twice in his red No. 42 Viper while Cindi Lux (Aloha, Oregon) chased her student across the finish-line twice in her own black No. 45 V10 ACR-X. The pair combined for the remainder of the top-tier results in the TA3 class of North America's oldest road racing sedan series.

"I get a lot of questions on why we would haul our racecars over 10,000 miles coming from Portland Oregon to race. However, it is simple," commented Cindi Lux. "Racing in Trans Am is super challenging and exhilarating. Granted, it is not the smartest thing as most of our season budget is consumed in vehicle transportation, which is why we cannot participate in a full season, but the competition drives us. We are always fighting for the additional funding to do more races. If we had that, there would be no question it would be a much different story. We'd be at all of the races."

"It's been an incredible year racing alongside Steve. Started working with him on HPDE days back in 2009 and it has been a joy to see him grow as a driver within our program," Cindi said with much admiration.

With the 2016 season now complete and the two front-engine American supercars back in the team's Northwest shop, Lux Performance team principal Fred Lux has his full attention on the 2017 campaign. 2017 marks 23-years of motorsports distinction for the husband-wife effort. And they are looking to make it the most significant to date - no easy accomplishment for the former Dodge, Mopar and SRT factory effort.

Lux Performance Group currently has an opening on their 2017 team to support a driver in a "turn-key" program.

Cindi and Fred Lux have a record of success.

"We do it all: prepare, transport and provide trackside support." said Team Principal/Engineer Fred Lux. "Cindi will act as driving coach and head the non-mechanical aspects of the team. One of the things I am most proud of in our 2016 season is that we had no DNF. Don't get me wrong, wins and pole positions are important. Nevertheless, it just shows how much we care about vehicle prep and durability that come out of our shop. You can't get wins, podiums and poles without getting to the checkered flag," continued Fred. "We have a record of bringing cars to the finish, and in contention, that I will put up against any team in motorsports."

With the new West Coast Trans Am Series slated to begin next year, Lux is exploring options for a championship assault on that or the prime package back on the east coast. Having had much success in Pirelli World Challenge and SCCA Club Racing as well, Lux Performance Group is also examining the options for several other series and classes.

One of the most decorated teams in any paddock for its fit and finish both on the track and off, Lux Performance Group has shown itself an ideal fit for the "arrive and drive" approach.

"We are just exploring all of our options for 2017 at the moment," offered up Cindi. "It's my busiest time of the year but I love it. We have sort of a 24-hour rule. We allow ourselves to enjoy the successes of the season for about a day and then it is right back to work. The sport is changing a lot right now, that isn't a bad thing. Change brings options and opportunities. I think we have a lot of both, good ones.

"Our success and how we present ourselves on and off the track has attracted a lot of positive attention," continued the 12-time road racing champion. "We had never fully considered the turn-key approach for our own program before but we keep getting people asking so it would be foolish for Fred and I to just ignore the option. After all, we did it during the Viper one-make championship when we prepared the two celebrity factory cars. So, we are open to inquiries. With the off-season getting shorter and shorter each winter and the options being almost endless, we hope to have all of it in place before January 1. Then we can put full-focus on winning races and titles."

About Lux Performance Group, LLC. - Lux Performance Group provides full-service race services and custom components to both club level and professional series drivers. Their truly unique and eclectic background provides a limitless realm of possibility in the any area of car construction - including custom fabrication, specialty safety structures, platform development, hybrid technologies and electric motor specialization - as well as business plan development and implementation. A true "one stop shop" for all things automotive.

See more about the Lux Performance Group's 2016 season at https://www.youtube.com/watch?v=-PDB6AF90Gc&feature=youtu.be

About Trans Am - The Trans Am Series, America's Road Racing Series, began igniting the passion of motorsports fans across the world in 1966 and has been home to some of the greatest names in road racing. Today, Trans Am continues to honor its legacy, while challenging the status quo in racing, through meaningful racing platforms and a driver-oriented focus. The Trans Am Series is operated by The Trans Am Race Company, LLC (TARC), through a five-year agreement in which TARC oversees the management and marketing of the Trans Am Series. SCCA Pro Racing sanctions Trans Am events and provides operations services to the Series. More information is available at www.GoTransAm.com .