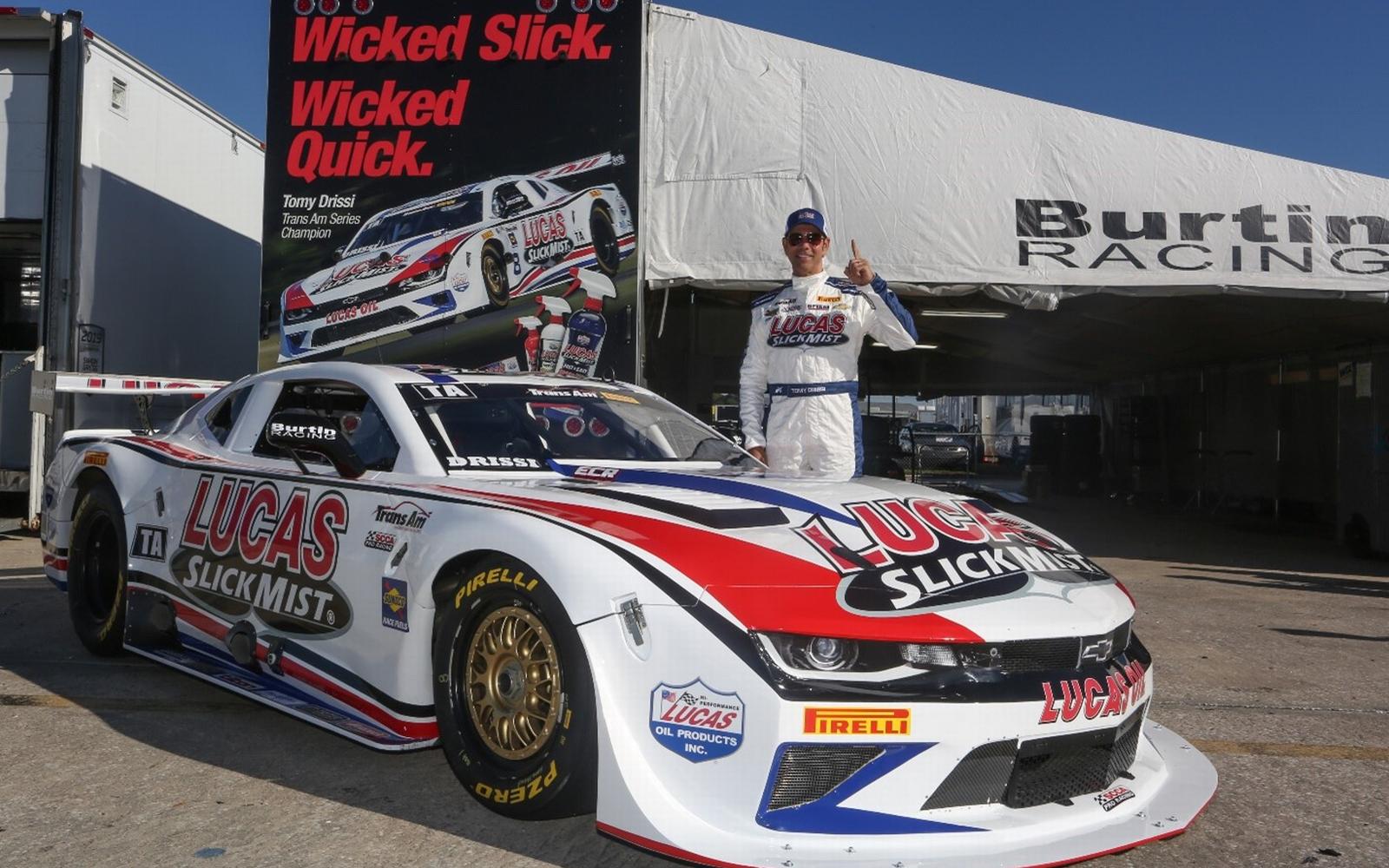 Alton, VA (September 23, 2020) – Trans Am Presented by Pirelli Former Champion, Tomy Drissi, is gearing up for a double header weekend at Virginia International Raceway. The Burtin Racing/Lucas Oil SlickMist driver will be chipping away at the championship where he currently sits just behind the multi-champion Ernie Francis Jr.

“Going into the weekend with two races to run is an exhilarating challenge” the dedicated Drissi said. “I know we all had some extra time between races since we skipped Watkins (Glen) but I and everyone on the Burtin Racing team have been putting all their effort into preparing for this opportunity.”

Coming out of Road America, Drissi is currently in second place for the championship and only 10 points away from the multi-champion Ernie Francis Jr.

You can follow the Lucas Oil SlickMist Camaro and Tomy Drissi live by downloading the Trans Am Presented by Pirelli app in the Apple AppStore or Google Play Store.

Lucas Oil Slick Mist is a polymer paint gloss intensifier, which can be used on other surfaces such as glass, chrome and vinyl decals. Use Slick Mist as a traditional wax, quick detail spray or spray it on your vehicle between rinsing and drying for the easiest polish job ever.

· 2011 Drissi teamed up with Kyle Marcelli for a return to the American Le Mans LMPC division. He scored a 2nd at Long Beach, 3rd at Lime Rock, 1st at Mild Ohio, 1st at Inaugural Baltimore Grand Prix and 2nd at Road Atlanta- 10 hour Petit Le Mans

Follow Tomy Drissi on Social Media at the following:

For media inquiries and booking opportunities:

About the Trans Am Series presented by Pirelli: