Lawrence Shines in the Rain at Lime Rock 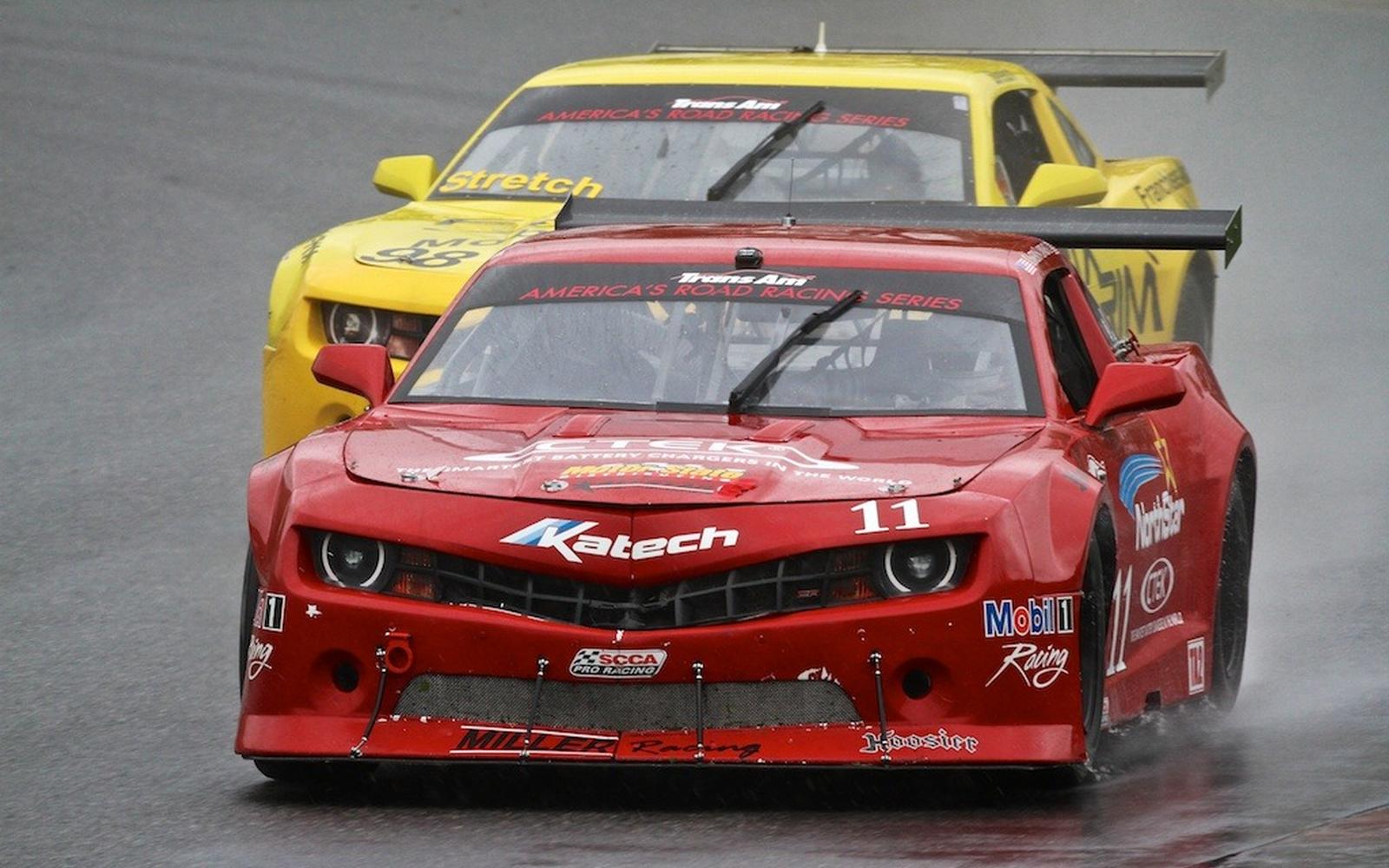 Altamonte Springs, FL/May 28, 2013- Cameron Lawrence entered the gates at Lime Rock Park for the start of the third round of the 2013 Trans Am Series ready for battle with the rest of the TA2 field in his #11 Ctek backed Chevy Camaro.  With wet weather in the forecast for the weekend, it would mark the first time the young Florida-native would drive a TA2 car on rain tires.  How Lawrence would respond could spell out how the season would go for him, and all he did was shine throughout the weekend.  With Qualifying rained out, Cameron was poised in his approach to the race as he knew that whether the Series chose to start the field based on practice times, or championship points, he’d start the race from the pole.

On Saturday morning, with the temperature barely at 40-degrees, and rain already starting to fall, the entire Trans Am field would grid up for the start of the 67-lap event.  Cameron would be lined up next to Robert Huffmaster, who entered the weekend in second place in the Championship.  At the drop of the green flag, Lawrence charged forward with Huffmaster on his tail, the drivers would switch positions on Lap-2, Lawrence staying close in second position.  A few laps later both Huffmaster and Lawrence would be charging through the top TA class in their TA2 machines, the Camaro’s of TA2 proving to be much friendlier in the wet conditions.  Lawrence would pursue Huffmaster through the field and eventually the duo taking top honors overall on Lap-17.
Only one lap later, Huffmaster and Lawrence would both go off-course on Turn-6, Lawrence was able to quickly recover behind the TA leader, while Huffmaster would be stuck and go a lap down.  This would put Lawrence first in the TA2 class, and on Lap-30 Cameron would overtake the #87 Corvette and lead the race overall for the first time in his Trans Am career.  Lawrence would go on to lead 11-laps before being overtaken by the eventual race winner in Bob Stretch in another TA2 Camaro.  Lawrence would bring the #11 Ctek Camaro home in 2nd place in class and overall to continue to build his Championship lead, now over second place by 20-points.
Of the event, Lawrence exuded:  “I’m very happy with another 2nd place on the podium this weekend. We extended the point lead even more over 2nd place. The race was wet from the start and the track just got worse and worse. It was a battle to see who could survive, and we came out mostly unharmed and on the podium with both cars so it was another successful weekend for the Miller Racing Team.  I also would like the thank our sponsors from Ctek for making the trip out, and happy that Pete Halsmer and I were both able to stand on the podium to represent their brand with them here.”
The fourth round of the series will take place at Watkins Glen International on June 9th.
blog comments powered by Disqus