Adam Andretti is opening the 2020 Trans Am Series presented by Pirelli at Sebring in honor of his late brother — IndyCar, NASCAR, and IMSA driver John Andretti, who lost his fight with colon cancer on January 30 — with the No. 43 ECC Motorsports Dodge Challenger.

Sporting the same ‘Petty blue’ John Andretti carried while driving for Richard Petty in NASCAR, and again at the Indianapolis 500 in a partnership between Petty and two teams, the number synonymous with Petty along with, a STP-style red roundel on the hood, and John Andretti’s name above the doors, Adam Andretti was filled with emotion when he learned of the tribute.

“Having his name on the car was a really neat surprise to me from ECC Motorsports,” he said. “I am able to ride with my brother again. I sent my nephew Jarett, John’s son, photos of the car, and his response is what struck me the most. He said, ‘Wow, they even put Dad’s name on the car.’ John’s name is on the car because this is for him. For all the beautiful things he did his short time on this planet.”

Andretti said his brother’s #CheckIt4Andretti campaign aimed at raising colon cancer screening and awareness is the most important aspect of the Sebring Trans Am tribute.

“My brother, John, was the ultimate competitor,” he added. “To have this opportunity with ECC Motorsports is really special. The biggest thing here is that we are working to keep his memory alive is the stuff that mattered to him. Since his diagnosis in 2017 he was all about getting people screened. 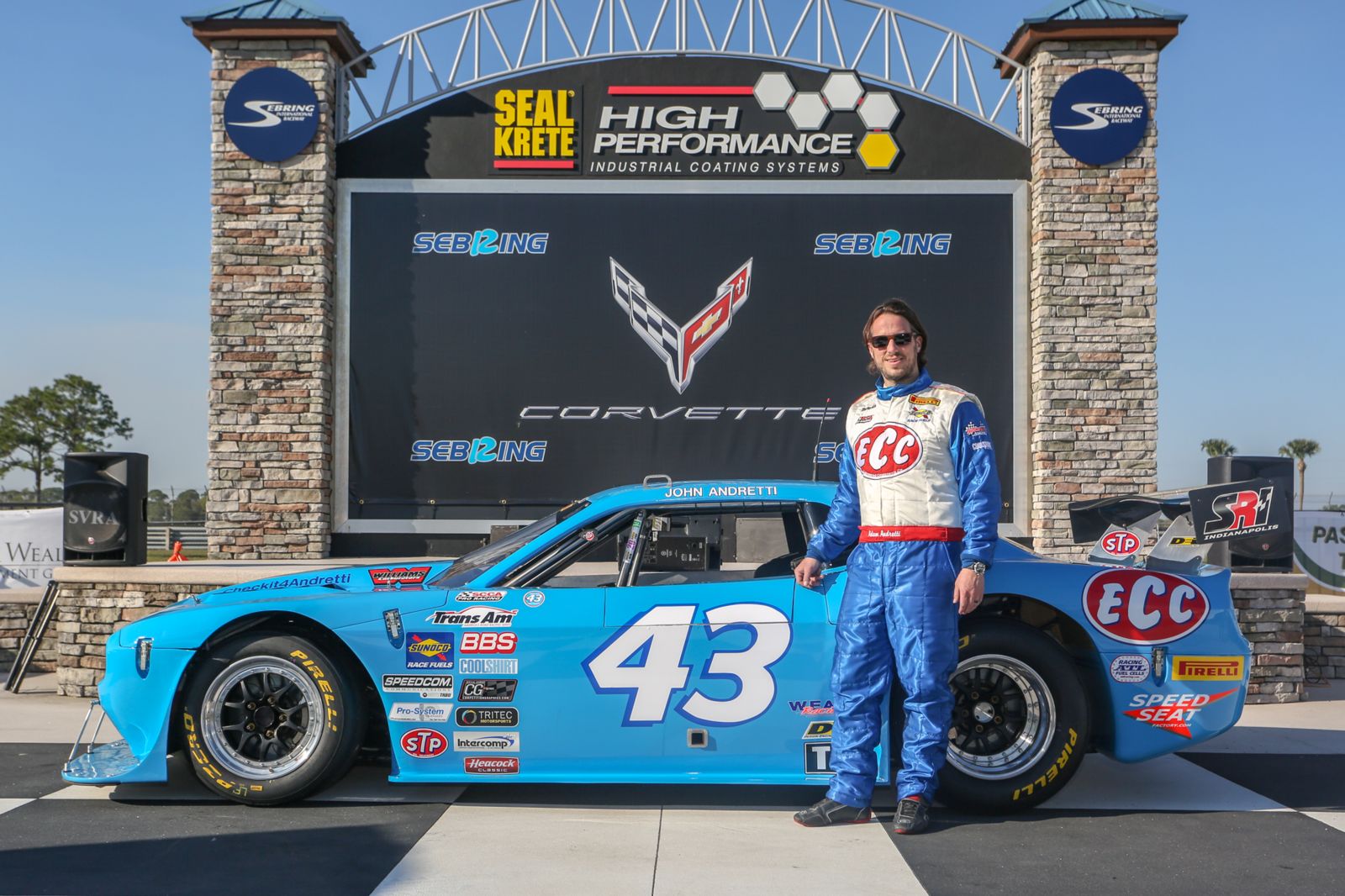 “To have a beautiful tribute race car like we do this weekend will only spark curiosity about the message. That’s what we want, the word of mouth to get around. It’s not just about hitting the track with the race car, there’s a lot more to life than that, and John knew that. That’s really the biggest part on honoring his memory here at Sebring.

“That is why he went public — it was never about him, it was trying to spread the word about, ‘You’re never too busy to go get that (colonoscopy) done.’ It’s so important to look after our own health because it’s all you have. You don’t get checked for selfish reasons, but for selfless reasons — you do it for your family and those that love you. We want to make sure that message of #CheckIt4Andretti gets through strong and clear.”