Joiner and Oakes secure pole in XGT and SGT

WATKINS GLEN, N.Y. (10 Sept. 2021) – Ernie Francis Jr. out qualified a field of 42 Trans Am Series presented by Pirelli drivers to capture the Motul Pole Award for Saturday’s race at Watkins Glen International, the opening event for a doubleheader headlining the Watkins Glen SpeedTour.

Mike Skeen (TA2®), Erich Joiner (XGT) and Justin Oakes (SGT) captured class poles for the 100-mile event, which will feature a combined start for the four classes on the famed 3.4-mile circuit. The fastest race lap during Saturday’s race will set the grid for Sunday’s concluding event. 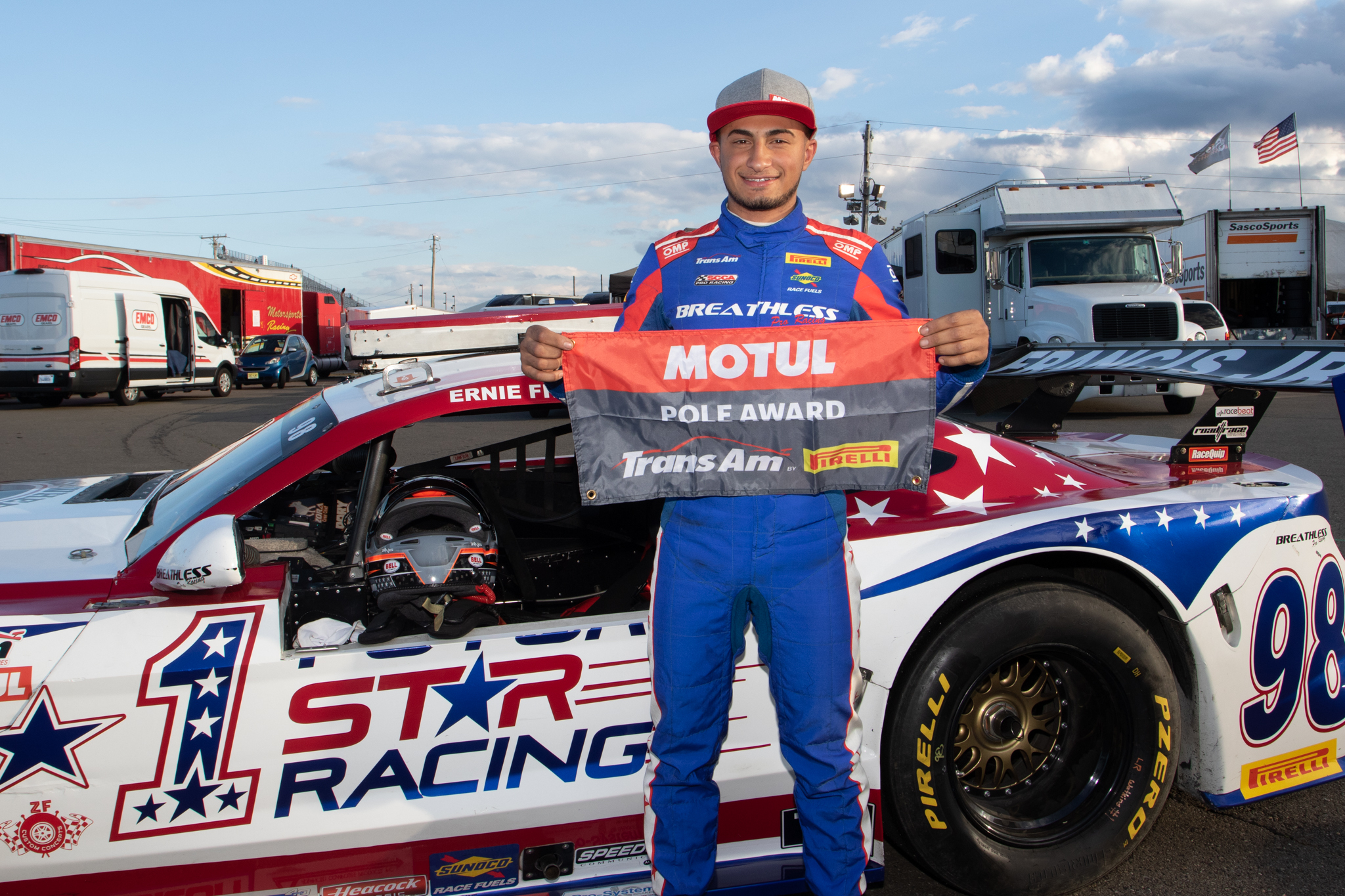 Francis Jr. broke his own track record with a lap of 1:44.158-seconds in the No. 98 Future Star Racing Wings & Wheels Foundation Ford Mustang. The performance kept Francis Jr.’s drive alive for an eighth-consecutive Trans Am championship.

"We put it on pole, and I am super happy with that," said Francis Jr. "The Future Star Racing Wings & Wheels Foundation Ford Mustang was on rails. It's been super-fast all weekend sitting at the top of the timesheets. We set a new track record today, beating my old one we set back in 2019, so I am super happy about that. We are trying to maximize on points as much as we can this weekend. With getting on pole we got great qualifying points and we are going to try and maximize it again tomorrow and on Sunday to put us back in the championship fight."

"It's a long weekend here," said Dyson. "We want to start up front for the race, and we've done that. We've taken a couple valuable points ahead in the championship. I think we have a good race car for the weekend. I'm excited the ALTWELL CBD car has been terrific since the moment we rolled it off the trailer this weekend. We are just focusing on having a great 100 miles tomorrow, and put us in a position to have a good result there and for Sunday. If we can do that, that will put us in a good place for the championship before heading to Virginia.

"Having Guy (Smith) here is great," Dyson continued. "It's really helped us push the setup further faster. Guy and I have raced together for the last 12 years, so we have a relationship where we know exactly what each other wants in the car. We've been able to go in parallel on the setup and that's been very helpful for him and for me. In the race, he's world-class talent, a professional who knows how to keep us up front."

Amy Ruman, 2016 Trans Am winner at the Glen, missed qualifying due to a mechanical issue in the No. 23 McNichols/Cornertech CNC Solutions Corvette but will start from the back for Saturday’s race. 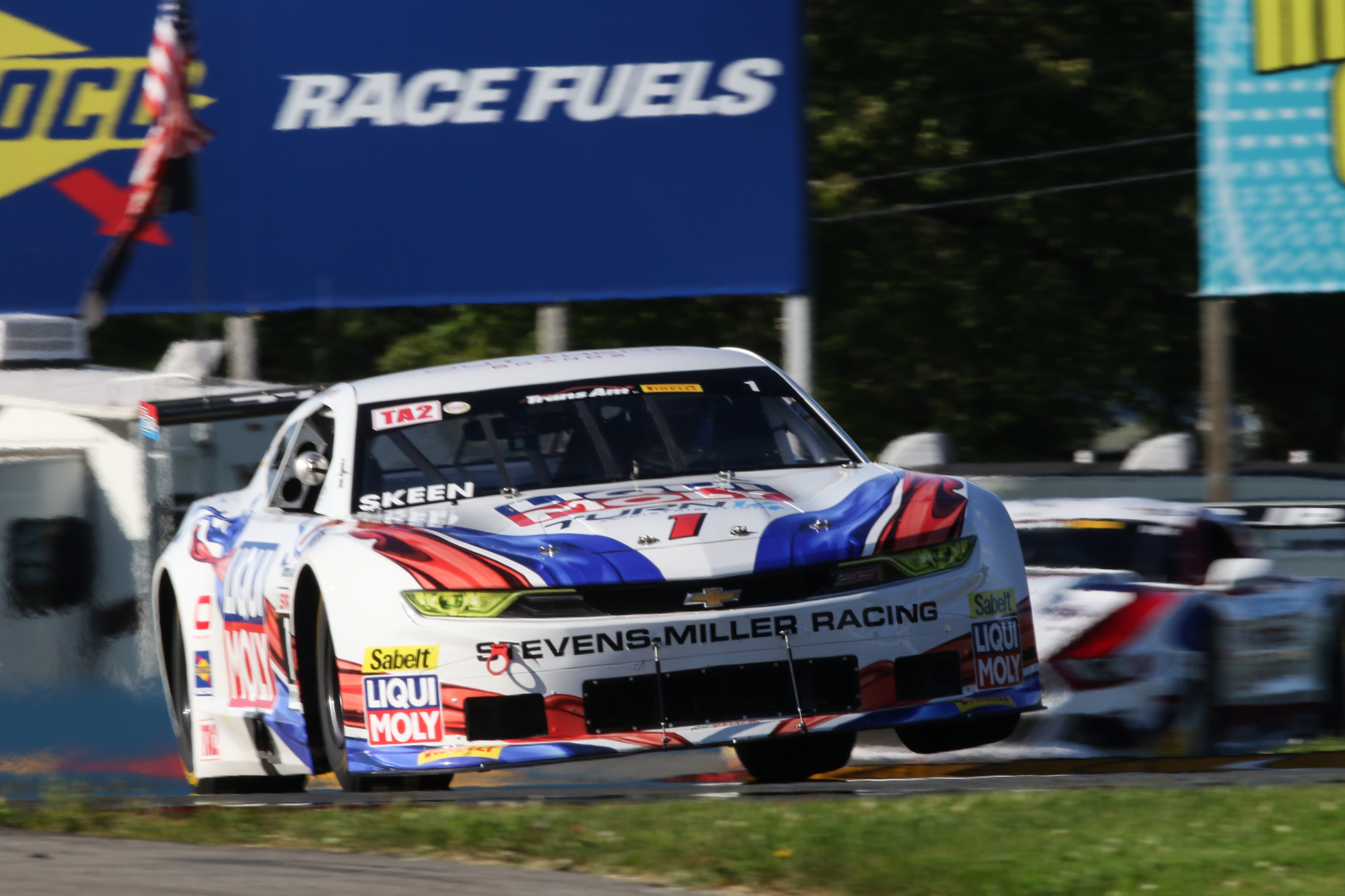 Coming off a victory in the TA2® class debut at Nashville, Skeen led an intense session with a class track-record lap of 1:49.769-seconds in the No. 1 Liqui-Moly/Turn 14 Distribution Chevrolet Camaro.

Skeen captured his 12th career pole (11 in TA2®), his fifth of season. Skeen enters the weekend 18 points behind Rafa Matos, who will start alongside on the front row.

"We tweaked on the car a little more after practice today," explained Skeen. "Stevens-Miller Racing gave me a great car, a great platform, something I could really push with. We were really aggressive, making sure we got all the points we can, and start up as far as we can. Everything just came together for a nice solid lap.

"The start tomorrow is going to be really tricky," added Skeen. "The TA guys tend to take a little longer to get up to speed. I think the TA2 field will be really aggressive in Turn 1 and 2, and into the Bus Stop, so I think there will be a lot of mixing it up. It's important to keep it clean, pick the right lane and the right guy to follow through. Once everyone settles in, it won't be an issue." 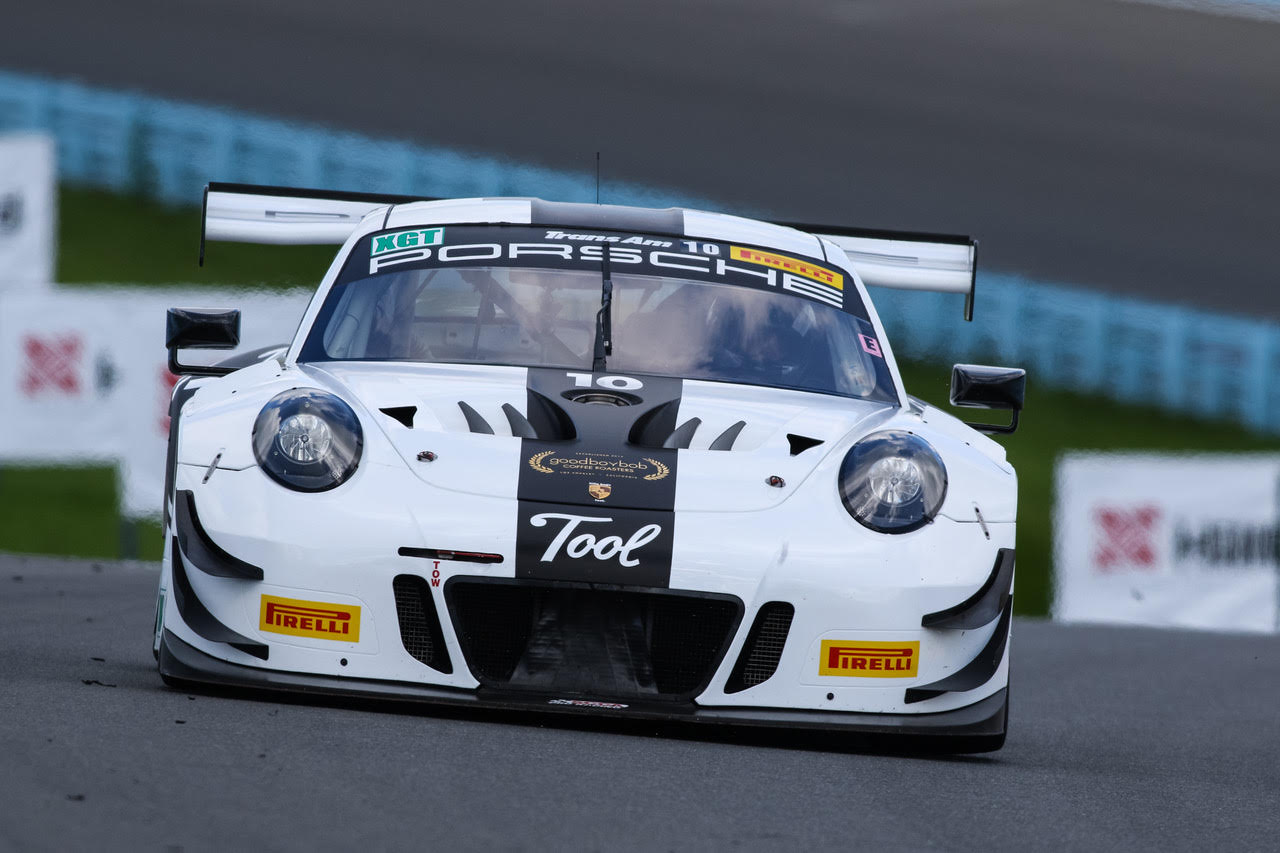 Matos set his fastest time on his fifth lap, running 1:50.116-seconds in the No. 88 3-Dimensional Services Group Ford Mustang.

"Tomorrow is going to be tough with a mixed field," said Matos. "The championship is far from over, and the extra traffic complicates things a bit more for us. Getting a good starting position was very important and were only 0.347-seconds off of (Mike) Skeen today so we will start on the front row. Our goal tomorrow is to not only finish the race but finish the race on the podium."

In XGT, Joiner recorded his fifth-consecutive pole, establishing the track record with a lap of 1:51.392-seconds in the No. 10 Good Boy Bob Coffee Roasters Porsche 991 GT3 R. Joiner qualified 18th overall, ahead of half the TA2 field. Randy Hale failed to post a time in his XGT debut, going off course in the No. 31 Hale Propeller Corvette early in the session.

It was the fourth SGT pole of the season and sixth in the career for Oakes, running 1:53.504 seconds in the No. 11 Droneworks Corvette. If Oakes sweeps the weekend, he will clinch the SGT championship.

"We've had so many firsts this year with Trans Am," said Oakes. "As with the other tracks, this is my first time at The Glen. My crew have been here, and have tons of experience, but as a driver it's my first time, and this place has lived up to the hype. We took advantage of the test day and practice to try some new setup changes and adjustments, trying to get me more comfortable with the track and the car. Overall everything came together, and I am looking forward to the race tomorrow going up the stock cars."