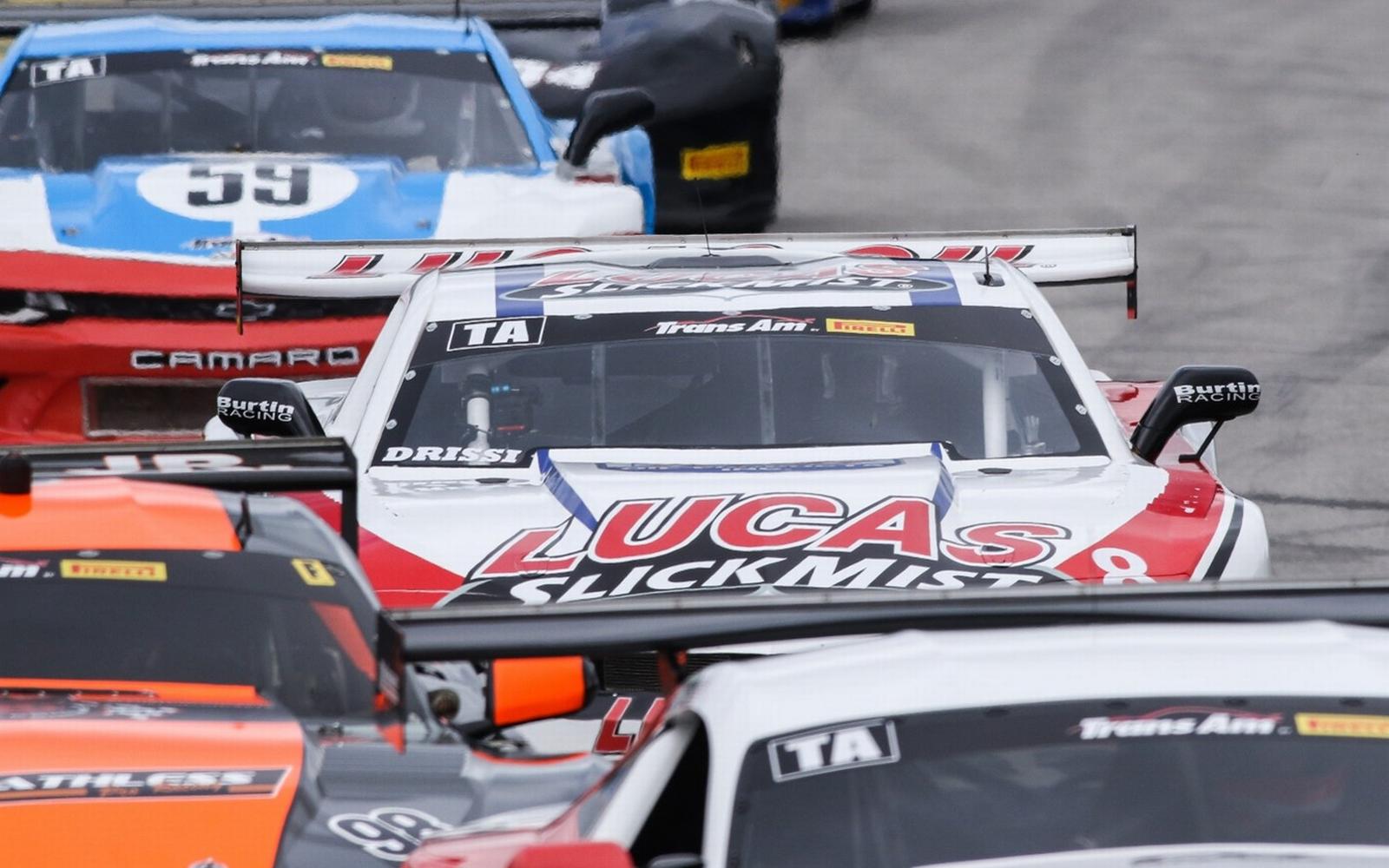 Alton, VA (September 29, 2020) – Trans Am Presented by Pirelli Former Champion, Tomy Drissi, took on the challenging double header weekend at Virginia International Raceway in the Burtin Racing/Lucas Oil SlickMist Chevrolet Camaro. Starting the Saturday race from fifth position, Drissi put on a great show for the fans on Live Stream while he battled it out with the star-studded field to make it to third. Unfortunately, his podium position would be taken away by a multicar incident that would force him to finish sixth. Sunday showed a strong start with Drissi starting on the front line next to Earnie Francis Jr, yet luck would strike again, and a cut tire would bring him in for an unscheduled pit stop, putting him at sixth place again.

“You can have a million things go right, everything can be perfect, but all you need is one or two things to go wrong on track and it can ruin it all. We had the best car and some of the best racing this weekend in the battle between (Chris) Dyson, Boris (Said), Paul Menard and Ernie (Francis Jr).” Drissi said of the first of the double headers. “Sunday came with its own challenge when we lost our position from a cut tire towards the end of the race.” Drissi said of the unscheduled pit stop on Sunday” I just wish we could have put the Lucas Oil SlickMist Camaro on the podium this weekend. They’ve done so much, and the Burtin Racing team made it all happen, but luck wasn’t on our side.”

Coming out the Virginia International Raceway double header, Drissi a contender for the 2020 championship with four races left on the schedule.

You can follow the Lucas SlickMist Camaro and Tomy Drissi live by downloading the Trans Am Presented by Pirelli app in the Apple AppStore or Google Play Store or by following Tomy Drissi on his social media from the links below.