BRAINERD, Minn. (17 July 2021) – Tomy Drissi captured his fourth Motul Pole Award of the 2021 season in Saturday’s qualifying for the Ryan Companies US presents the Jed Copham Tribute Weekend, garnering the 11th pole of his Trans Am Series presented by Pirelli career.

"Brainerd is a really tricky track," Drissi said. "There's some amazing fast aspects of the track, and all of a sudden it goes from balls out to technical. You can't over drive it because if you make a mistake in one corner you pay for it the next three. I went out there and it's been so hot, so we knew it would be a little greasy and dusty. We made little changes to the car and we got the pole award and the extra championship points.”

It will be a short-lived honor, though, as neither Drissi nor Dyson will be on point for Sunday’s all-class race. Drissi was penalized four grid positions for jumping a restart in the most recent race at Road America, while Dyson will go back a similar number of places for jumping the initial green flag in that event. 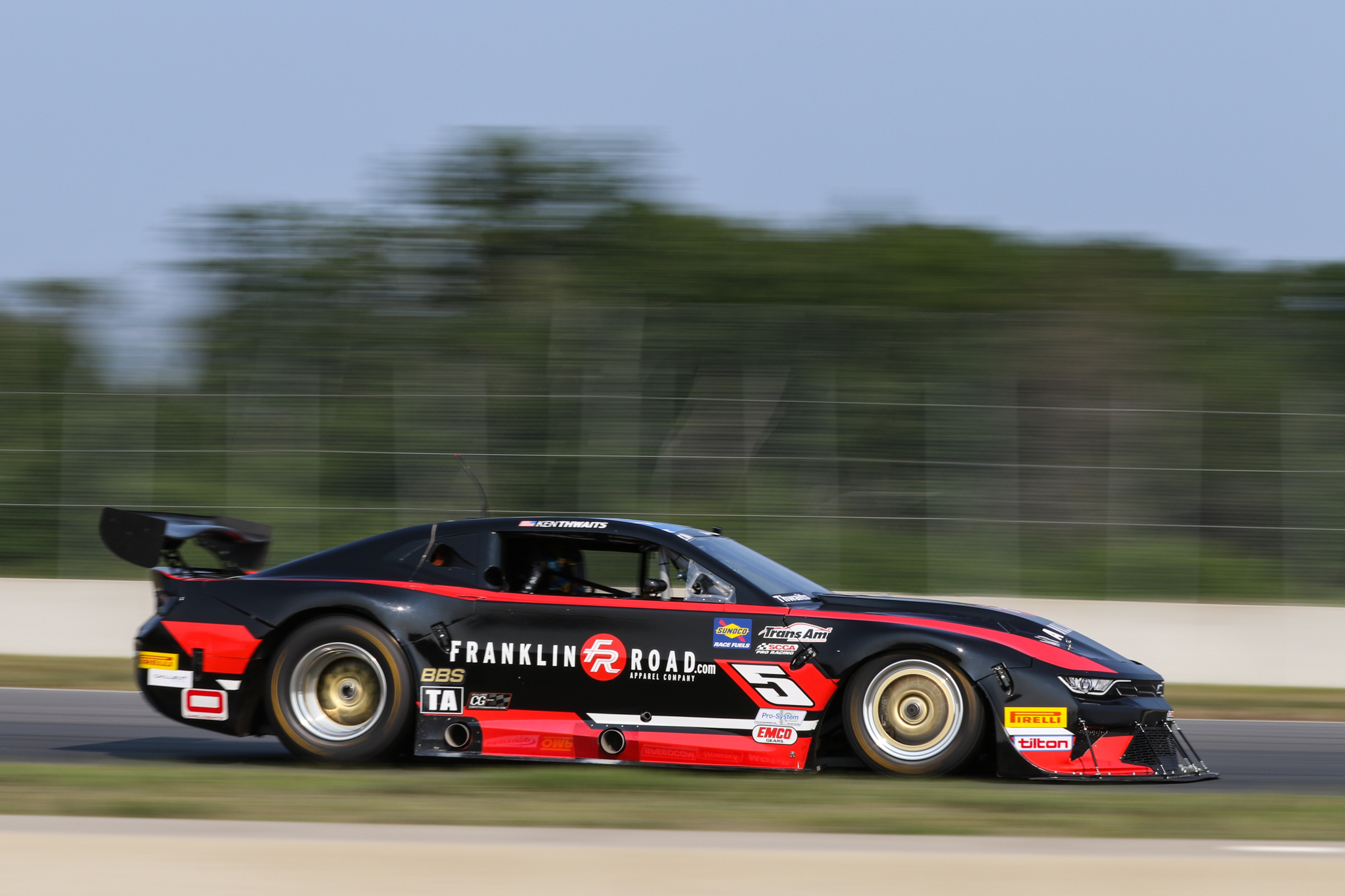 That moves Ken Thwaits to start on the pole for Sunday’s combined feature race. He turned a lap of 1:28.904-seconds in the No. 5 Franklin Road Apparel Ford Mustang. Thwaits won four poles last year en route to the XGT championship, including Brainerd.

"I am pretty excited to start on pole," said Thwaits. "It's like the Twilight Zone out here. Things change and I never expected to be on the front row let alone the pole. It's my first pole start in a TA car, it's our maiden season in the class, and that good of a start came a lot quicker than I thought. We are pretty excited about it.”

Last season, Thwaits ran his best race of the year at Brainerd, finishing fifth overall and first in the XGT class piloting an Audi R8.

"The Audi has a completely different driving style than the TA car," Thwaits explained. "There's lots of aero and downforce in the Audi, and much lower horsepower. The TA is a completely different animal, I just have to guide this missile and send it down the road. It took me awhile to get used to this type of car, but I feel pretty good behind the wheel of it now. We are getting faster every single race and we are so happy about this weekend.”

Dyson enters the event leading Drissi by 22 points, 177-155. Dyson waited until midway through the session before posting a time.

"We wanted to see where the pace was going to be, and just get an assessment of how hard the guys in front of us were pushing before we went out," explained Dyson. "We weren't sure how much the track backed up since the morning based on the TA2 times. When we started to see Tomy (Drissi) roll some laps that's when we got out and gave it our best. Qualifying went exactly as planned for us, and we have a great race car for tomorrow. 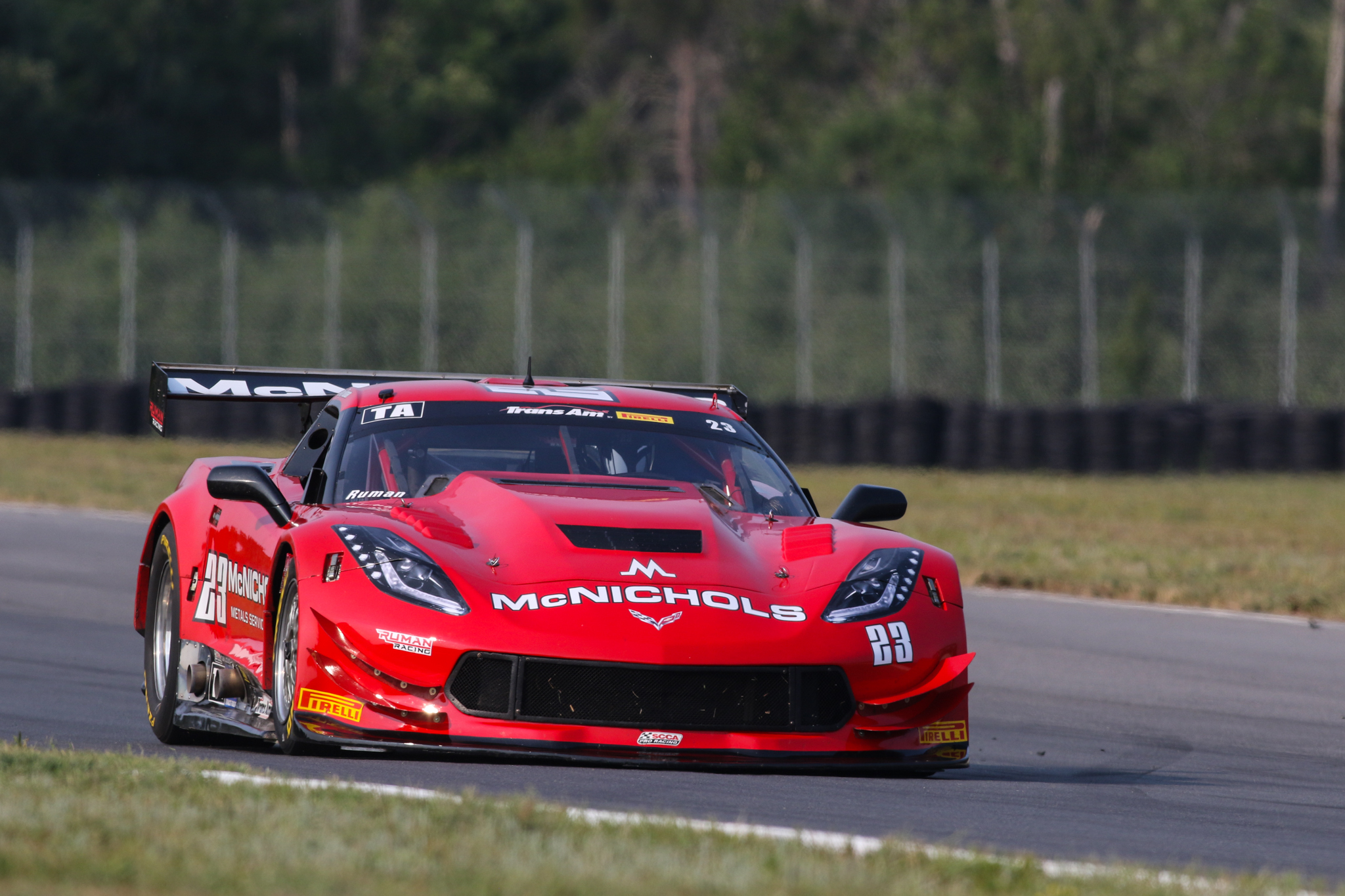 Two other top TA contenders were not on hand for qualifying. Defending seven-time series champion and 2020 Brainerd pole winner Ernie Francis Jr. missed qualifying due to his commitment in the SRX event at Nashville, and five-time TA pole winner Amy Ruman went to the sidelines due a part failure in her Corvette during morning practice.

Francis tested at Brainerd on Thursday, turning a lap of 1:25.845-seconds, unofficially beating Vinnie Allegretta’s four-year-old track record. Francis then traveled to Nashville on Saturday for the sixth and final round of the Superstar Racing Experience. Francis trailed only former NASCAR and IndyCar champion Tony Stewart in the series matching legendary competitors in identical cars prepared by Ray Evernham, winning at Lucas Oil Raceway in Indianapolis. He will start from the back of the 22-car grid on Sunday – running third in the standings with 128 counters.

Ruman was expected to contend for the pole before encountering a broken driveshaft during practice in her No. 23 McNichols Company/Corner Tech CNC Solutions Corvette that might put her out of the event.

"Unfortunately we had a mechanical part failure, the drive shaft exploded," said Ruman, who sustained minor injuries to her arm and leg after the incident. "The shrapnel came up through the cockpit and bit me a little bit. I am ok, which is the most important thing, but we don't have another replacement part. We've had parts on order for months now, but the spare and new parts are on backorder. We are still working to make the race on Sunday if we can find a replacement part before then." 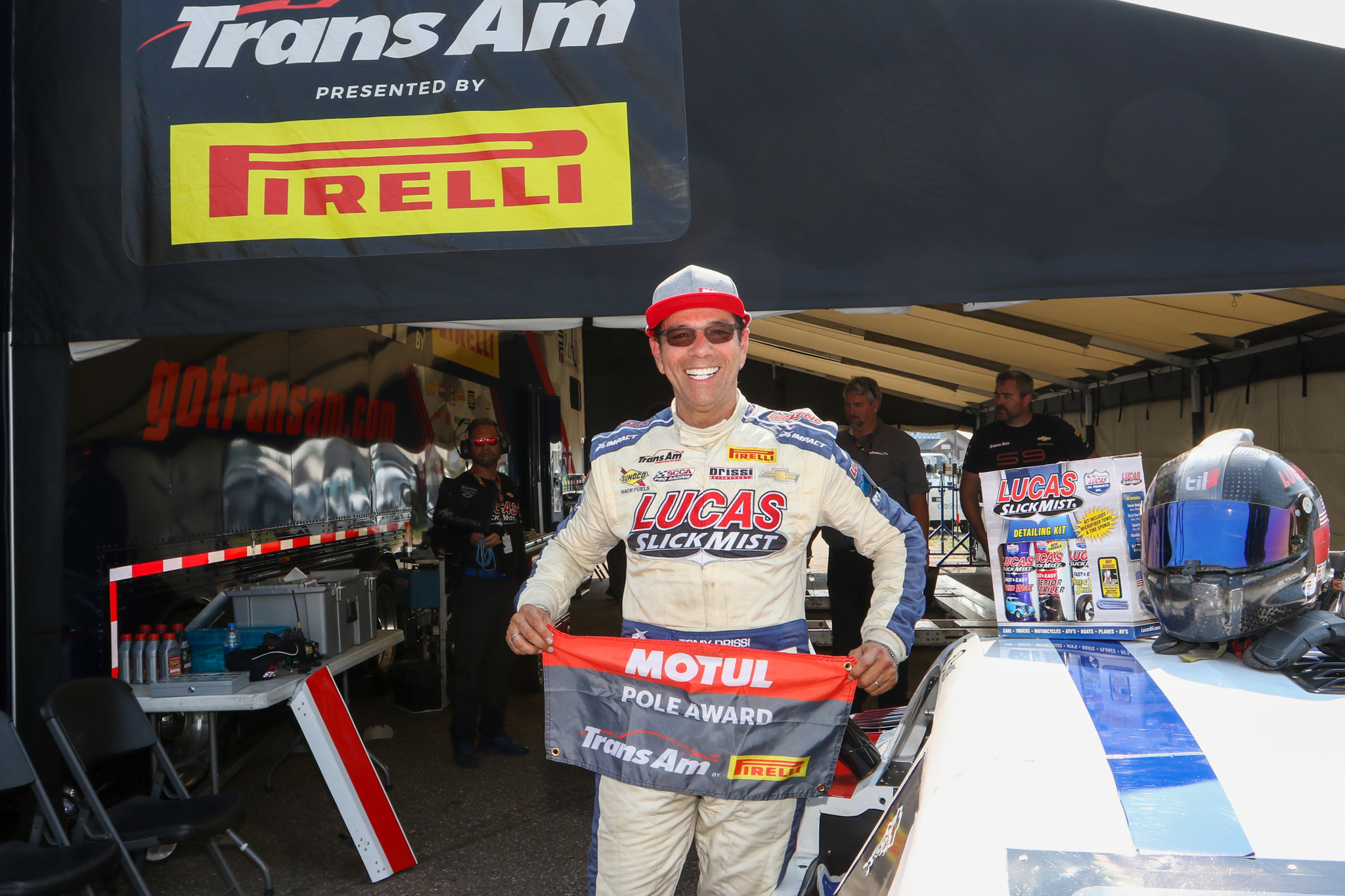 The full event weekend will be live streamed on the Trans Am by Pirelli Racing App. Download and subscribe: https://bit.ly/34qQfCG