Drissi turned a fast lap of 2:07.475 seconds in the Burtin Racing No. 8 Lucas Oil Chevrolet Camaro in the session, which ended eight minutes early due to excessive oil dropped on the track from turns 11 through 15. A Trans Am competitor since 1999 and the 2009 champion, the Hollywood driver captured his 10th career pole and second in a row.

"Some of the other drivers might be upset about not being able to show their full speed, but in my experience I always bank one (lap) in as fast as I can – just in case something like this happens," said Drissi. "We banked one on Lap 2 and got pole. I couldn't be happier for the Burtin boys and Lucas Oil Slick Mist, who makes me wicked slick and wicked quick." 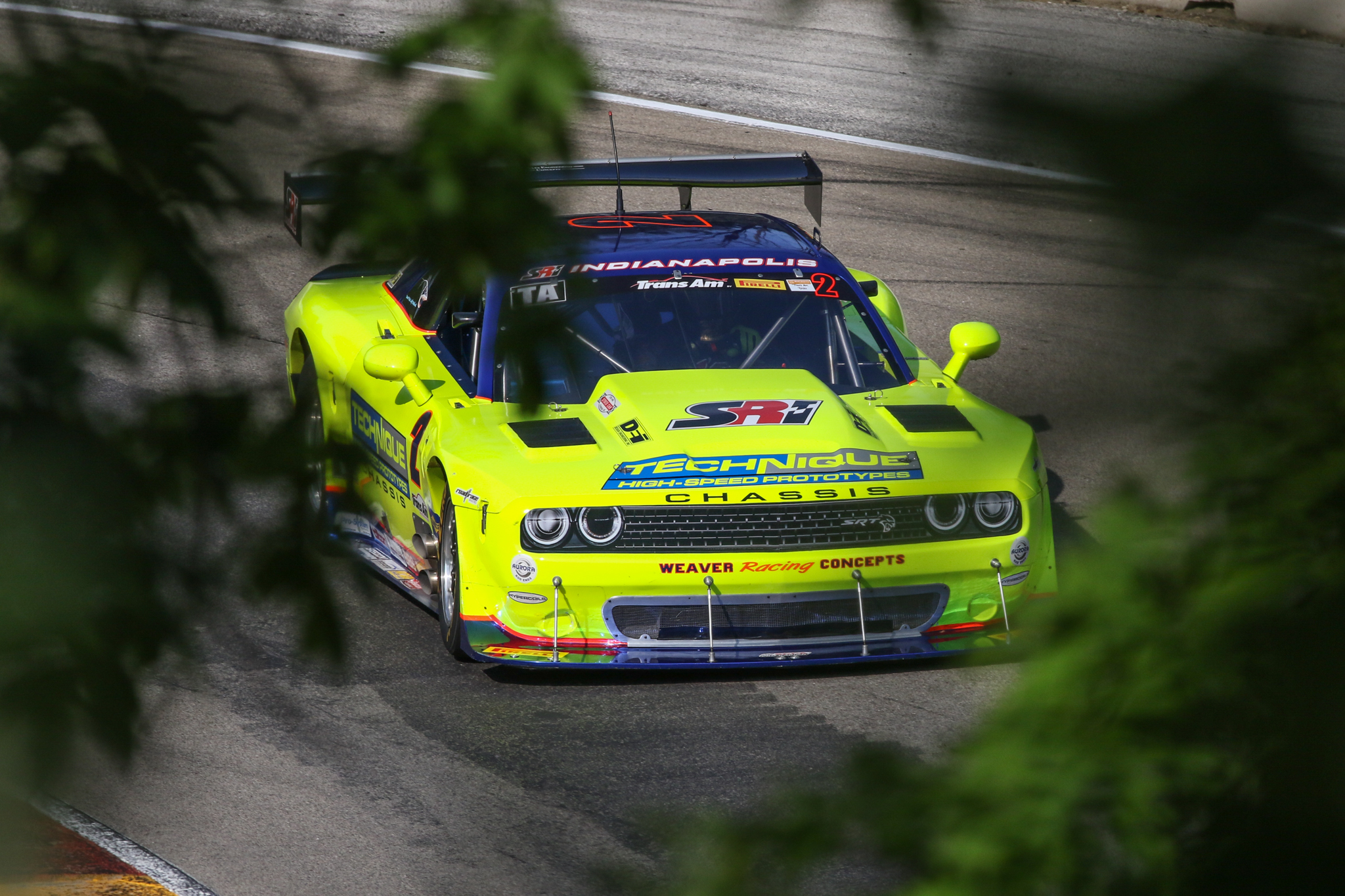 Popular road-racing star and 2021 Road Atlanta winner Boris Said was second, 0.368 seconds back in the No. 2 Weaver Racing Technologies/SRI Dodge Challenger. Said missed Friday practice due to the Pancho Weaver-led team changing engines on his Dodge.

"It was like NASCAR single-lap qualifying out there today," commented Said. "The guys did a great job. We lost all of yesterday when we lost a motor, which was unfortunate. The Techniques Prototype Car is really fast. I was a bit ragged out there but there's a lot more speed left in the car.

"(Chris) Dyson is in it for the championship, and I am not," continued Said. "That doesn't matter though, because I am going to race him harder than anyone I've ever raced in my life. We're not here for points. I am here to drive it like I stole it for the win."

Chris Dyson enters the race leading Drissi in the standings by 12 points. The three-time 2021 winner will start third, turning a lap of 2:08.026 seconds in the No. 20 ALTWELL CBD Ford Mustang.

"I'm chagrined over the qualifying session," said Dyson. "We had a super-fast car, we showed that yesterday. I thought for sure we were going to contend for pole. I was on my fast lap when the session switched to black flag. That was deflating when you have such a hot rod. I think we will have the No. 20 ALTWELL Mustang up front tomorrow. Third is a good starting spot around Road America, getting to turn 1 on the inside is usually a priority because it sets you up for a good entry into turn 3. We have a great shot to back up our win from last year."

Simon Gregg – coming off a third-place finish at Mid-Ohio – lost fluid in the No. 59 Peter Gregg Foundation Camaro in the turns approaching Canada Corner early in the session, causing officials to black flag the session for clean up. Before the sessions switched to black, several cars were collected in the corners from the spill. Among the cars going off in the oil were local favorite Cliff Ebben in the Stumpf Ford/McMahon Group Ford Mustang, and David Pintaric in the No. 57 Kryderacing Mustang.

Cody Ware was also part of the oil spill chaos, but his lone lap of 2:08.639-seconds in the No. 4 Ave Motorsports Corvette stood up for fourth overall.

Ware is a third-generation Trans Am driver who is racing in the NASCAR Xfinity Series. His grandfather John Ware raced Trans Am at Riverside International Raceway in 1970 and 1971, finishing 12th in the latter event. His father, former NASCAR Cup Series driver and current team owner Rick Ware, raced 12 times in the series from 1983 through 1989. His best finish was sixth at Portland in 1987.

Qualifying fifth was 2003 24 Hours of Le Mans overall winner Guy Smith, making his Trans Am debut filling in for Humaid Masaood, in the No. 21 Amamos LaVida Tequila Ford Mustang. Smith had an off-course excursion early in qualifying, after getting together with Dyson in Friday’s practice.

Defending and seven-time Trans Am champion Ernie Francis Jr. missed qualifying for the second straight weekend due to his commitment for Saturday evening’s SRX race at Lucas Oil Raceway near Indianapolis. He will start at the back of the 26-car TA grid. He is currently third in the standings, 29 points behind Dyson. 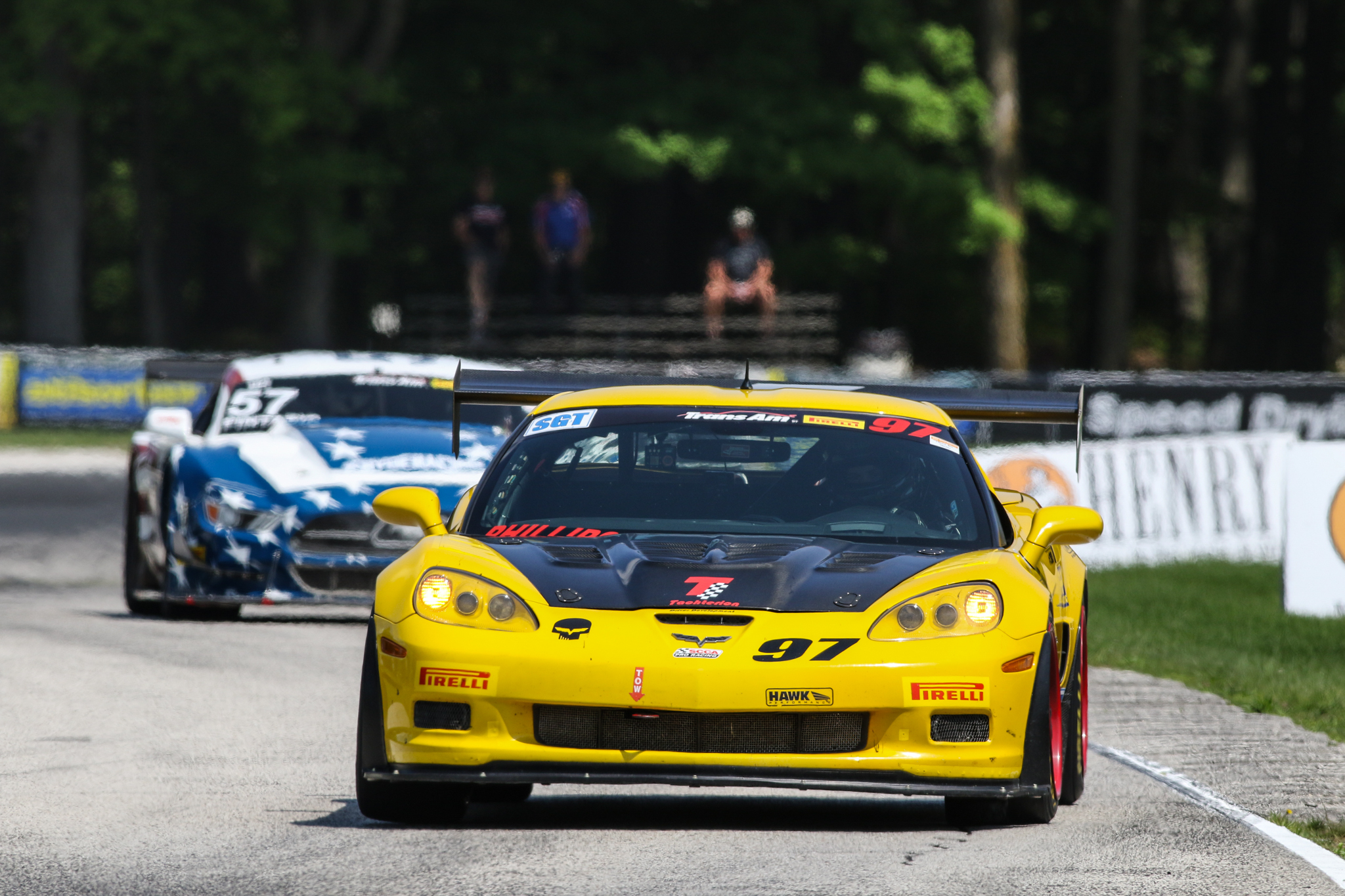 Michael Phillips stunned the SGT field by snaring the pole on his final lap. The New Yorker ran 2:17.888 seconds in the No. 97 F.A.S.T. Auto Racing Corvette. He won his first career pole at Road Atlanta and won the race at Lime Rock.

"From the TA round someone laid down oil from the Kink to Canada Corner and I was actually having trouble finding grip from the oil dry," said Phillips. "My coach radioed and said I was pretty far off pace but to try one more lap. I moved the car off line a bit, found some more grip, just enough to inch out the pole.

"For the race tomorrow, my goal is not to over attack, I tend to do that at the start," Phillips continued. "Road America requires a little more finesse, this place really rewards rolling at a big speed. Just trying to be consistent, be smooth and be smart out there."

Justin Oakes was second at 2:18.103 seconds in the No. 11 Droneworks Corvette. He was followed by Lee Saunders’ time of 2:18.333 seconds in the No. 84 Landsearch LLC Dodge Viper. The 2020 SGT champion, Saunders is making his return after missing the past three races.

In XGT, Erich Joiner earned his fourth-consecutive pole with a lap of 2:13.175 seconds in the No. 10 Good Boy Bob Coffee Roaster Porsche 991 GT3 R. That lap was good for eighth overall. 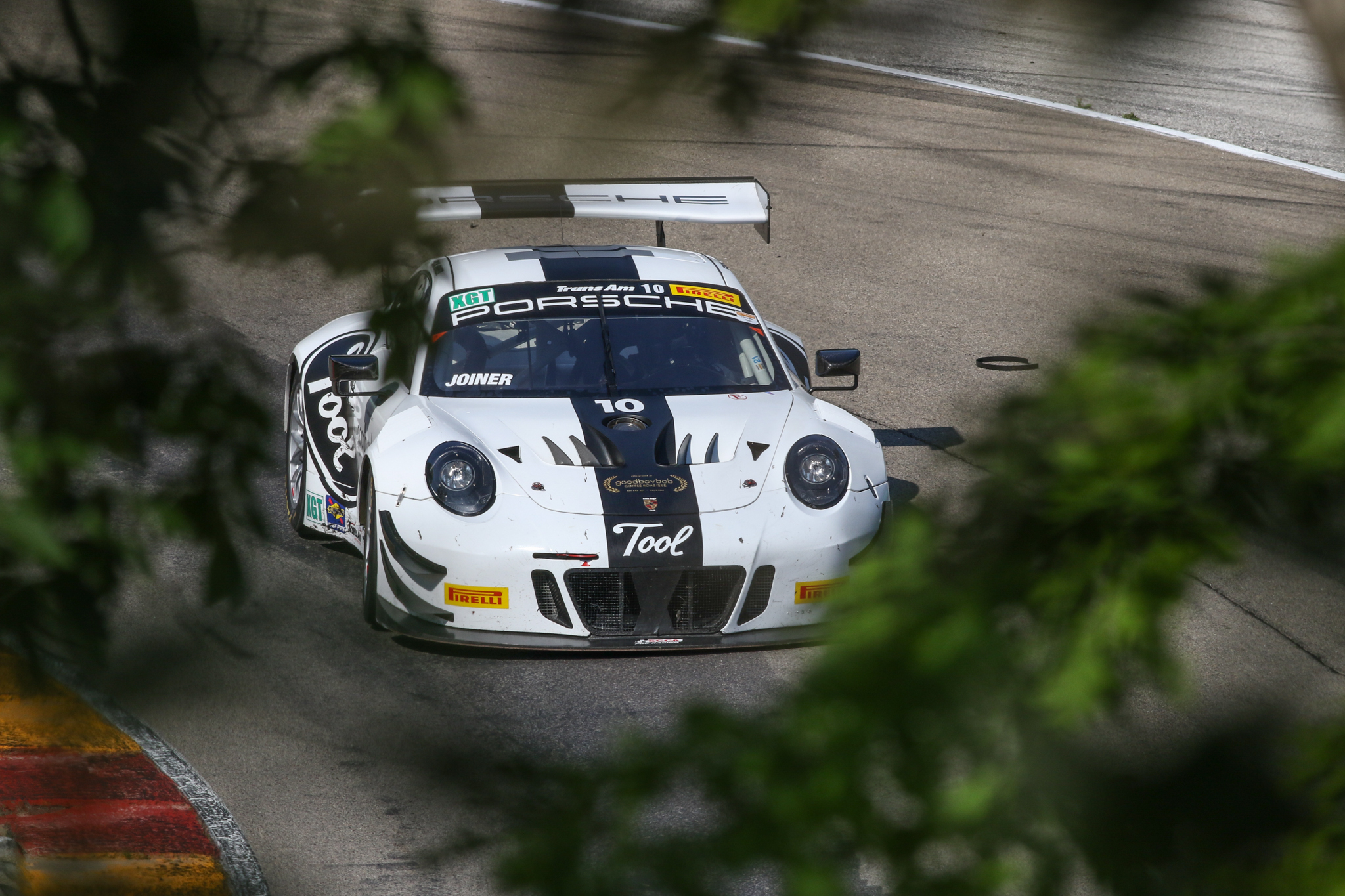 "Trans Am is going to bring a great show to all these fans," said Joiner. "Even though we were out first this morning, thousands of fans were already lined down the hills camping and cooking breakfast. America is starting to open up, fans are starting to come back to the track and I am just so happy to be a part of it."

For updates, photos and videos from the weekend follow Trans Am on social @gotransam. For results and more event information visit www.gotransam.com