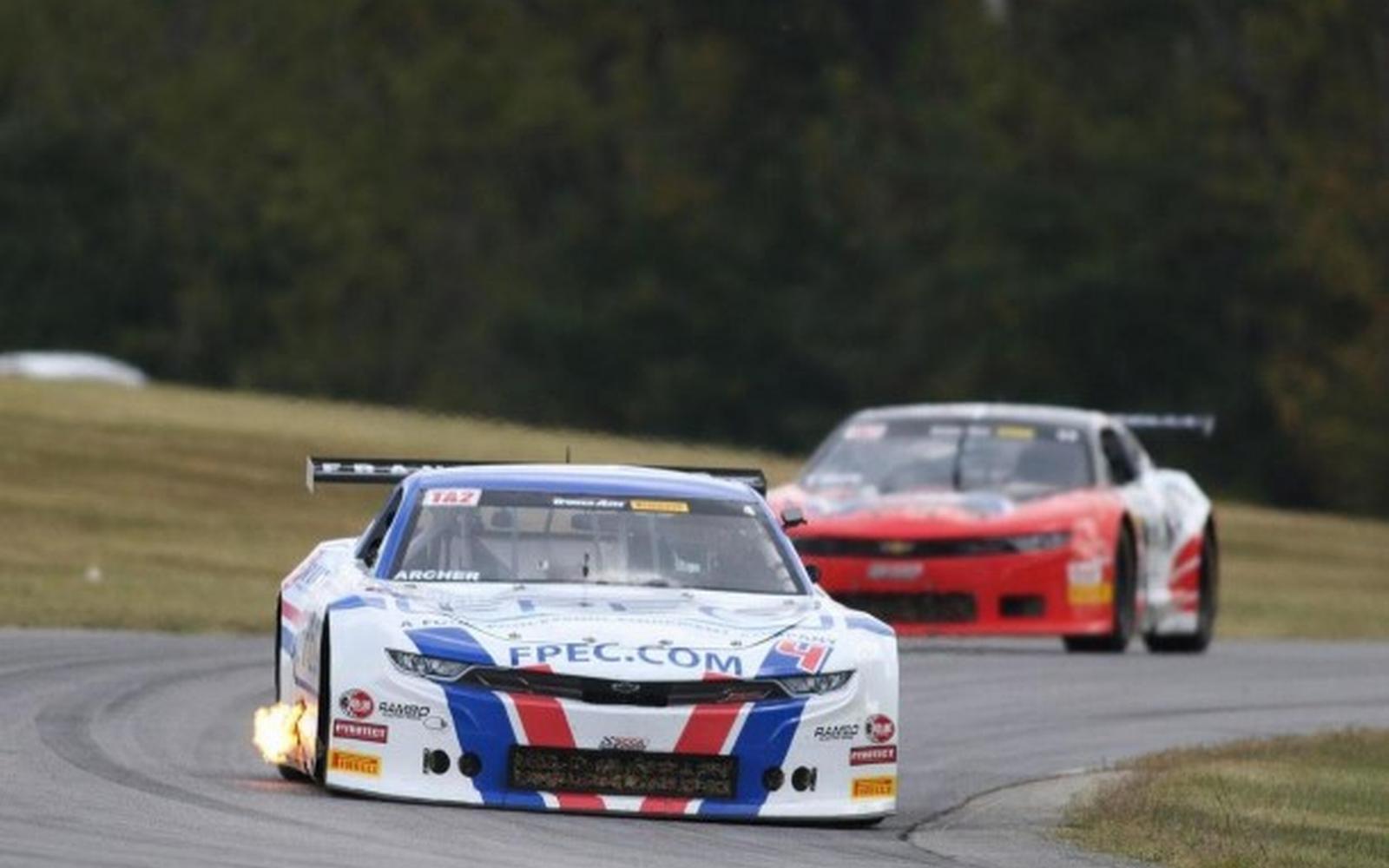 Alton, VIRGINIA - October 9, 2022 - Showtime Motorsports with partner Franklin Road Apparel continued their upward trajectory at Virginia International Raceway on Saturday, October 8 when the Tennessee based team scored two top ten finishes in a highly competitive TA2 race for Round 11 of the Trans Am Series presented by Pirelli championships.

Team principal Ken Thwaits has made a major investment in Trans Am, his trademark Chevrolet Camaros are now a fixture of the paddock and the team continues to evolve. The race at VIR saw the debut in a Showtime car with the exciting young driver Dylan Archer and the young up-and-comer didn’t disappoint. Sponsored by the Food Processing Equipment Company, Dylan made relentless progress through the race in the No. 4 Camaro to nab a top ten finish in P8 at the checkered flag. A fine result to go alongside Cameron Lawrence in the Franklin Road Apparel No. 6 car who was one place ahead of him.

Billed as the Mission Foods VIR Speed tour, the weekend began well for Cameron Lawrence who made the top ten testing session with a time of 1:51:785. Quicker conditions for the second testing session saw Cameron post an even better time 1:50:748 for an impressive P3 in the list. Driving out of Keller, Texas Dylan Archer was P11 in the same session with the time of 1:52:803.

In official practice Cameron in the No. 6 Franklin Road Apparel Chevrolet Camaro sat P6 after a lap of 1:50:612. The Lakeway, Texas driver then maintained his good form in qualifying with a time of 1:50:513 to secure a top ten on the grid.

It was no surprise that Ken had a smile on his face when we spoke to him after the race, "It was a great race for us. Both cars were driving well off the trailer which helps on these weekends. Cameron qualified P10 and finished in P7 and had some good battles. Dylan was P15 on the grid and finished P8. This was his first race for Showtime Motorsports and he showed us what a great driver he is. He did a great job. We want to get a better result eventually but we're digging and we'll get there. We'll see what happens but two top ten finishes is definitely something to smile about!"

The Showtime TA Class cars are in action on Sunday when Ken in the No. 7 Franklin Road Apparel car is joined by Keith Grant in the sister No. 5 car. Meanwhile the final round and climax of the season is now just a few weeks away. November 4 to 6 are the days when the muscle car road show hits the Formula One home of the United States Grand Prix at Circuit of The Americas.

TV Broadcasting for this weekend is as follows:

About Showtime Motorsports:
The Showtime Motorsports team is based in Franklin Tennessee and is the power behind the Franklin Road Apparel brand. Showtime is responsible for preparing the cars for the track and keeping Ken Thwaits' outstanding classic Camaro collection in tip top condition. Showtime Motorsports have now entered cars in both the TA and TA2 classes in the legendary Trans Am muscle car series with growing success. Showtime have a dynamic, passionate and hugely talented staff of professionals dedicated to success and excellence both on and off the track.