ELKHART LAKE, WI (7 August 2020) – A picturesque Wisconsin summer afternoon set the stage for the fourth qualifying session of season as the Trans Am Series presented by Pirelli took to Road America on Friday.

“It’s never easy to get pole in the Trans Am Series,” said Dyson, whose father Rob Dyson raced in the 1983 Trans Am event at Road America. “The drivers up front will always keep you honest. We arrived here with the Plaid Mustang ready to go. It’s been fast every session. We can never take results and days like today for granted. Especially at Road America. It’s one of my favorite tracks in the world. My family and I have been coming here my whole life and every time I walk through the gates I lift my leg a little bit higher. I think we came through today with a great team effort.”

Dyson will be joined on the front row by Tomy Drissi. The winner of the most recent Trans Am race at Brainerd International Raceway, Drissi ran a quick time of 2:05.592-seconds, missing the pole by just .103-seconds.

With his Breathless Racing team battling power steering issues, Ernie Francis Jr. got a late start to the 20-minute session but managed to time in third fastest (2:05.827-seconds) in the No. 98 One South Florida Wealth Advisors Ford Mustang. The two-time 2020 pole winner will be joined on the second row by Amy Ruman (2:07.275-seconds) in the No. 23 McNichols Co. Corvette.

“We made a pit with five minutes left to bleed the tires down,” Dyson said of his qualifying strategy. “We thought we were going to have to counter Tomy and Ernie. You can never rest in your laurels here, but it turned out we had a good enough set up right away for pole.” 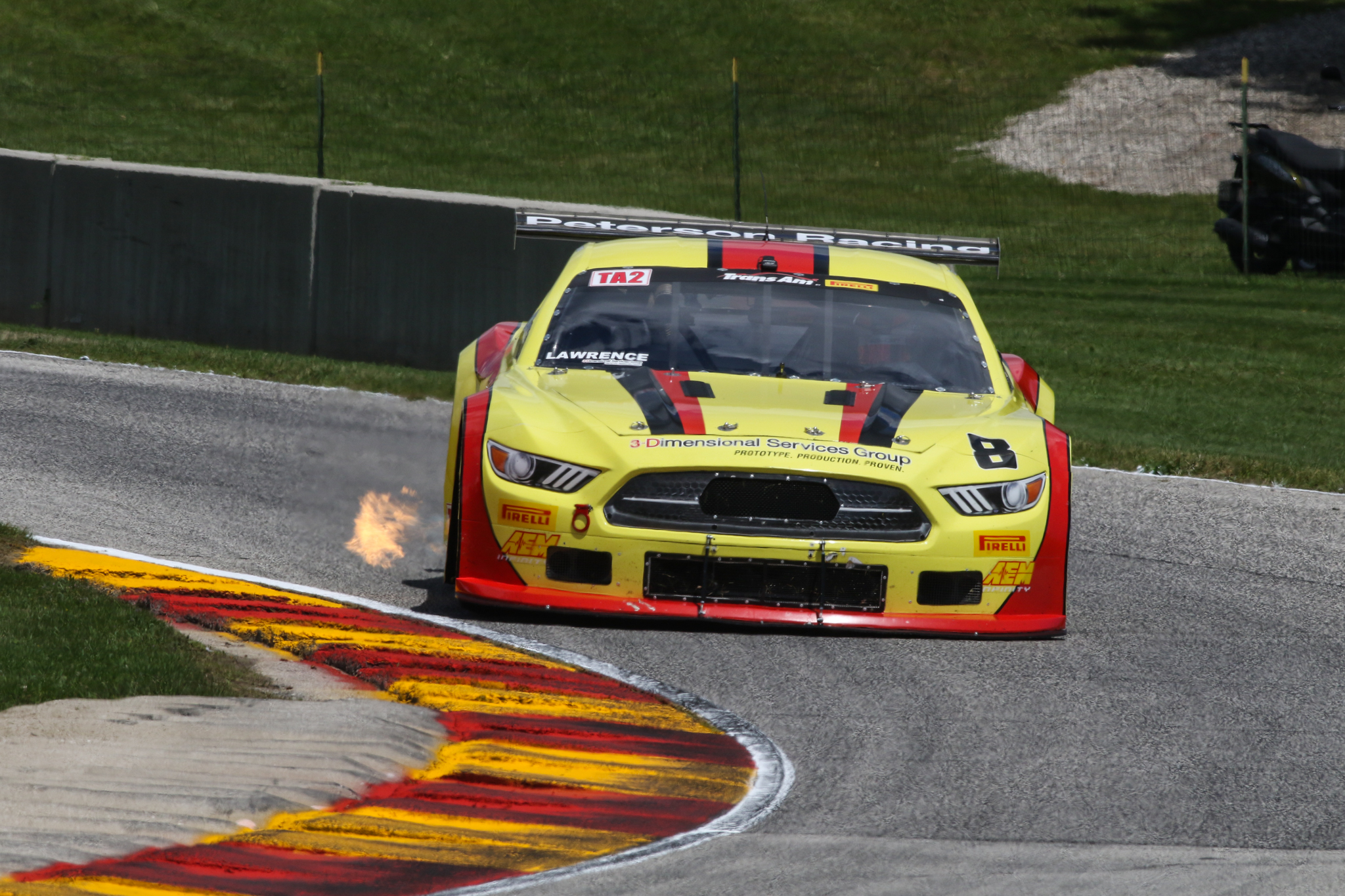 “The guys have been working hard all weekend,” Lawrence said. “We've got a lot of track time this weekend, which was good for us because we had a lot of work to do. We've been working hard all year long so it's great to have all the hard work finally pay off. I've celebrated my birthday at Road America for a few years now racing, but it's always a good birthday present when you can get pole here.”

“I feel really good about my qualifying session,” Gibbs said. “I am really excited to be out here and I am having a lot of fun. Hopefully we can keep our Mike Cope Race Car up in the top five for the race and come home with a podium or even a win. It's really cool to race with these guys. There's a lot of experience in front of me. I'm only 17 years old, and it's cool to run with the big dogs. I'm a development driver so all the track time has been beneficial, and I'm just worried about getting a good finish tomorrow.” 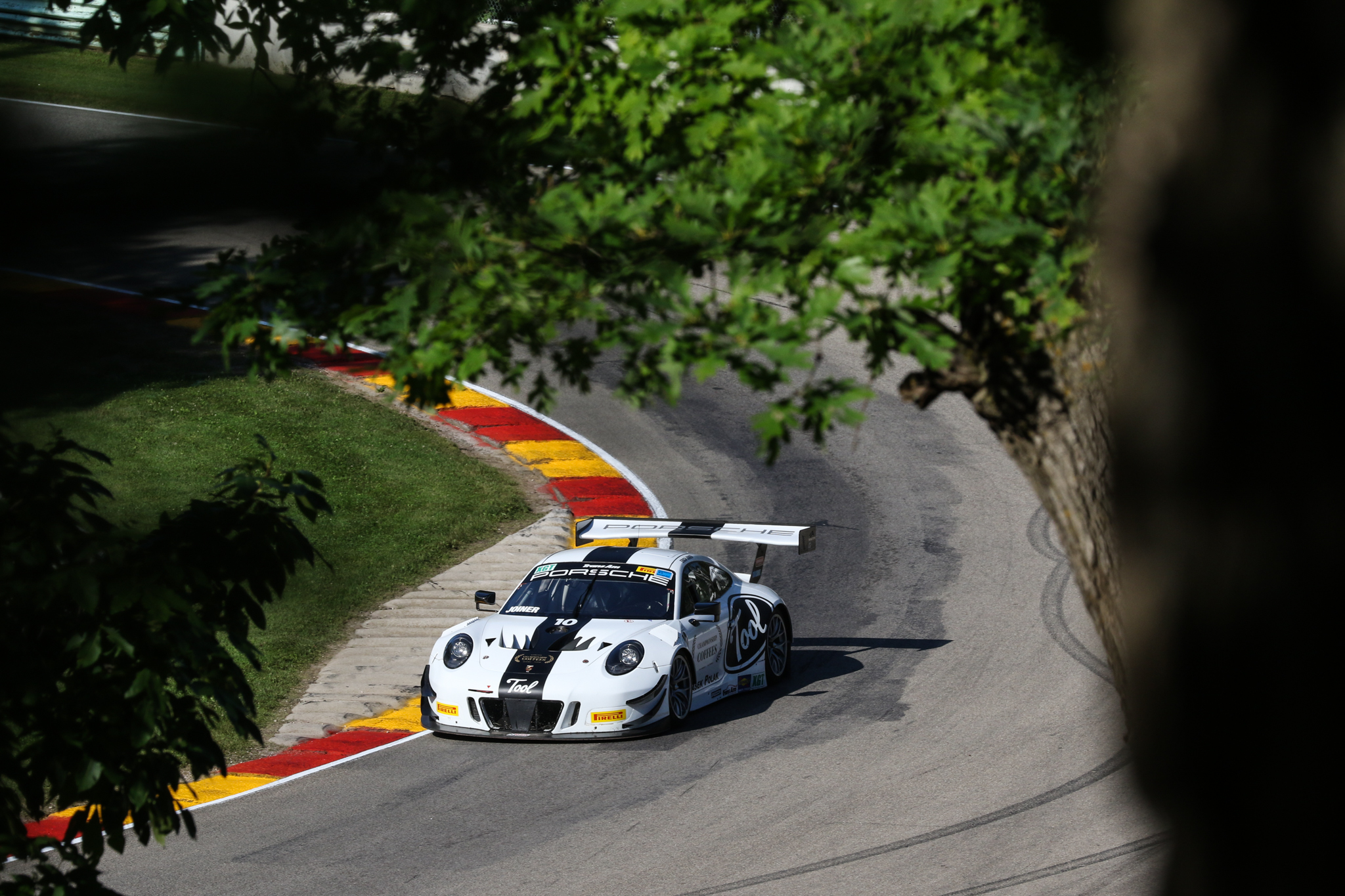 XGT saw Sebring pole and race round winner Erich Joiner capture his second pole of the season with a flyer of 2:10.103-seconds in the No. 10 Championship Coffees and Tool Porsche 911 GT3.R. Ken Thwaits, who won poles at Mid-Ohio and Brainerd, was second in the No. 5 Franklin Road Apparel Audi R8 LMS Ultra (2:10.555-seconds) as the two competitors swapped the lead throughout the session. (Watch Full Interview)

Lee Saunders led the SGT competitors by winning his second-straight pole in the No. 84 Landsearch LLC Dodge Viper with a lap of 2:16.674-seconds. Saunders, a two-time 2020 winner, will be joined on the front row by veteran Lou Gigliotti, (2:17.347-seconds) in the No. 28 G2 Performance Corvette.

“We did really well,” Saunders said. “This should be a Viper track. It’s the longest track we run in all year. It has nice, long straightaways where we can stretch our legs a little bit. We found some issues in practice, and the guys worked really hard getting me ready for today. The extra track time the past two days really helped us dial in for qualifying.” 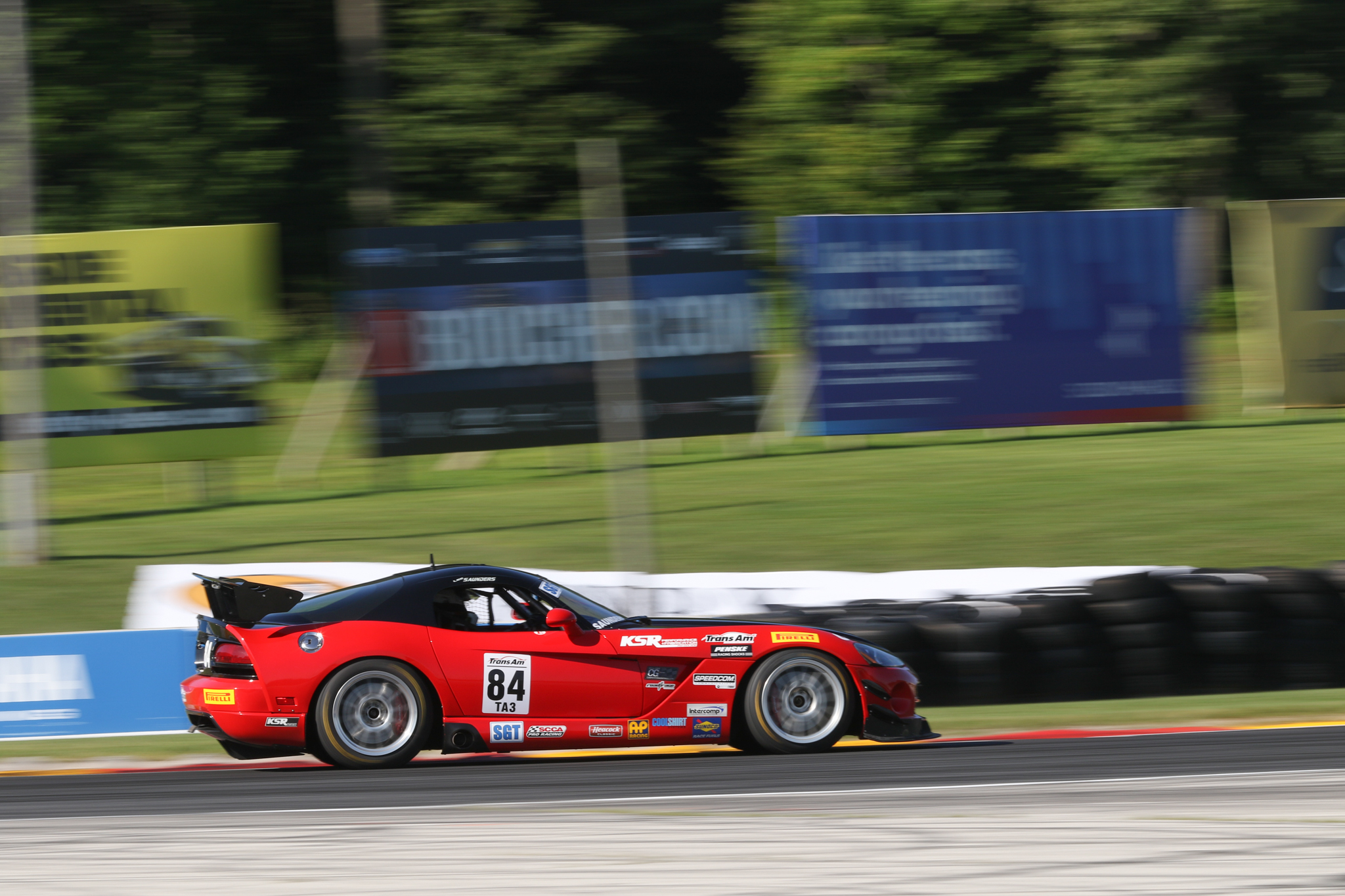 Tim Horrell won his third pole in three attempts in 2020 in the GT class. The rookie from Parkland, FL ran 2:22.228-seconds in the No. 45 Breathless Racing Porsche GT4 Clubsport.

While the full live streaming experience won’t be available at Road America, users of the Trans Am by Pirelli Racing App will have exclusive access to a new beta test feature. By logging onto the app, fans can access five onboards to live stream from the driver's point of view. Chris Dyson, Ken Thwaits and Tomy Drissi will be live in the TA/XGT/SGT/GT feature while  Cameron Lawrence and Doug Peterson will be streaming the TA2® race. (Download here)