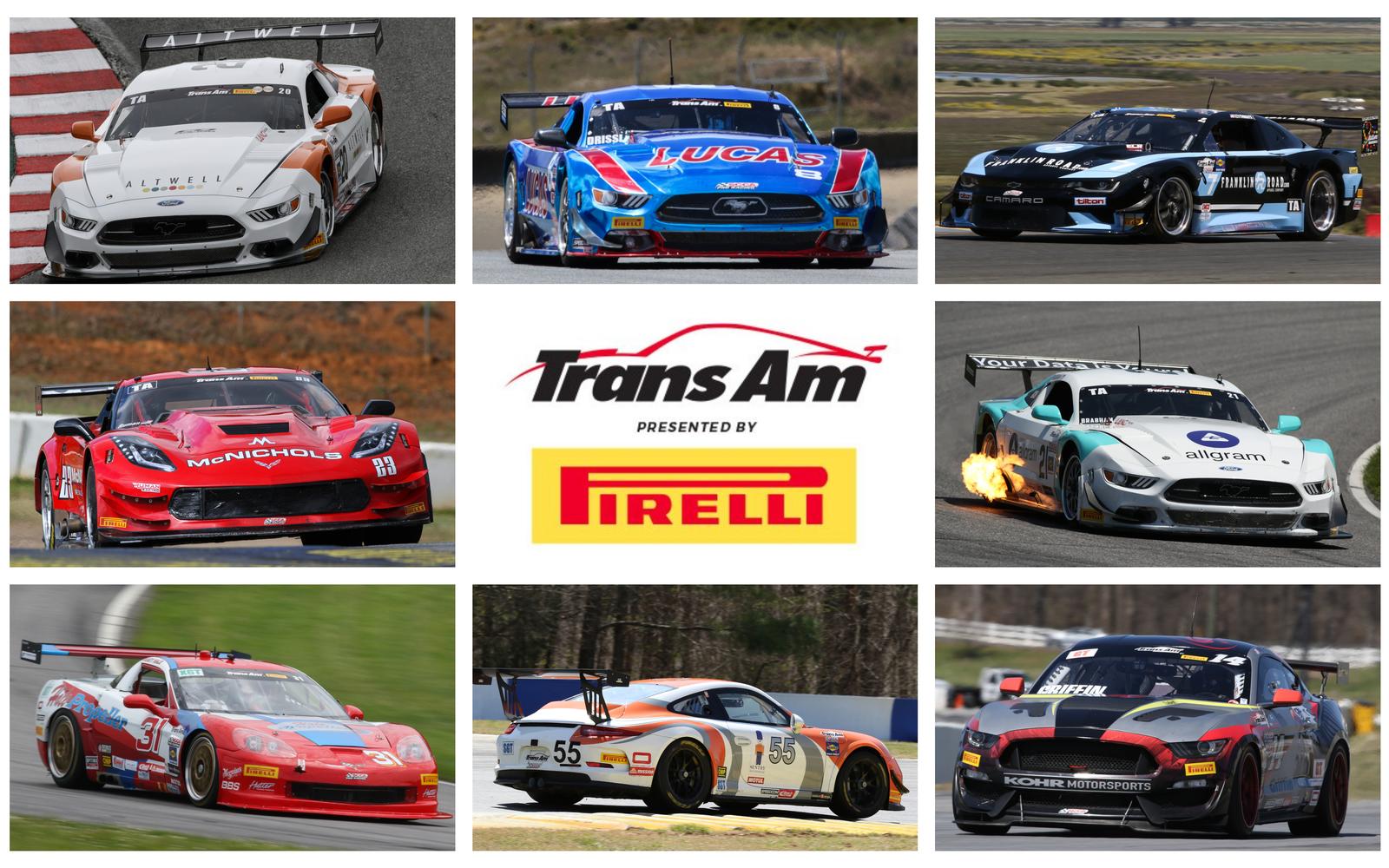 With the 2022 Trans Am Series presented by Pirelli season officially half complete, there are a number of tight points battles in the TA, XGT, SGT and GT classes. Here’s a rundown of who the top competitors are in the point standings and how they got there between Sebring and Lime Rock.

While some points leaders hold a dominating lead, with half the races remaining, anything can happen, and the season still has a number of challenges and unique racetracks to contend with. The only way to know how 2022 will end is to keep watching every Trans Am race at YouTube.com/TheTransAmSeries or on CBS Sports Network.

Chris Dyson: Leader, 186 Points
Chris Dyson has had a dominating season so far, winning five of the first six races of 2022. Dyson has won the Motul pole, led the most laps and won the race, all by a large margin, at Sebring International Raceway, Road Atlanta, WeatherTech Raceway Laguna Seca, Sonoma, and Lime Rock. The 2021 champion has already won more races than he had at this point last year, and is close to matching his seven wins in that championship season.

Dyson’s one hiccup in the season occurred at the Charlotte Motor Speedway ROVAL, where the driver of the No. 20 ALTWELL Ford Mustang had a flat right-front tire on lap eight, sending the car into the wall and resulting in an eighth-place finish.

Tomy Drissi: Tied for 2nd, 135 Points
The points battle heats up behind Dyson, with three competitors within one point of each other. Tomy Drissi in the No. 8 Lucas Oil Ford Mustang has been Dyson’s toughest competition so far this year, and he had a streak of four podium finishes from Charlotte until Sonoma.

Drissi experienced heartbreak at Lime Rock Park, hitting oil and crashing hard during qualifying while running second. Due to qualifying being the same day as the race, the team was unable to repair the car in time and Drissi received a DNS. This took the 2009 TA champion from just 26 points behind Dyson to -51 and put him in a tight three-way race for second.

Ken Thwaits: Tied for 2nd, 135 Points
Ken Thwaits in the No. 7 Franklin Road Apparel Chevrolet Camaro has had a solid season, with four third-place finishes in six events. The 2020 XGT champion is a consistent face on the Trans Am podium, and he has won the Masters Award (for drivers ages 60 and up) in all but one event so far this year.

His team, Showtime Motorsports, earned its first Motul Pole Award and first victory in TA this year, both achieved by driver Paul Menard at Charlotte Motor Speedway. The team is only in its second season of TA competition.

Amy Ruman: 4th, 134 Points
Two-time TA champion Amy Ruman sits just one point behind Drissi and Thwaits. She led a number of laps at Charlotte Motor Speedway in her No. 23 McNichols Co. Corvette and has had two podium finishes so far in 2022. She’s shown a ton of speed in the first six rounds of the season, but has unfortunately been the victim of other drivers’ mistakes, with contact from other drivers affecting her run multiple times this season.

Ruman’s biggest trouble so far came at Sonoma, when a hard-to-find part failed during a practice session and prevented her from qualifying. The part was overnighted to her and arrived just moments before the green flag, but despite her team’s fastest work, she was unable to start with the rest of the field. She and her Ruman Racing team didn’t give up, and she was able to make it onto the track and salvage a fifth-place finish.

Humaid Masaood: 5th, 65 Points
Dyson’s CD Racing teammate Humaid Masaood sits fifth in points in his No. 21 allgram Ford Mustang. While he is likely too far out of contention to challenge for the title, he has managed to crack the top five in points despite competing in only three of six races this year. Masaood has shown great speed so far this year, and is never far behind Dyson on the track or on the speed charts.

XGT:
In the XGT class, Randy Hale in the No. 31 Hale Propeller Corvette leads over Jason Hart and Michael Weathers, who both drive the No. 48 Gspeed Corvette. Hale holds a 17-point lead over Hart and 18-point lead over Weathers. Hale has two wins (Road Atlanta and Lime Rock) to Weathers’ one victory at Laguna Seca.

SGT:
Milton Grant in the No. 55 Sentry Self Storage/Springhill Suites Porsche 991.1 sits at the top of the SGT class standings with 45 points, but Dirk Leuenberger in the in the No. 25 Lux Performance Group Dodge Viper and Cindi Lux in the No. 45 Black Rock Coffee Dodge Viper are both within striking distance with 37 points and 35 points, respectively. Leuenberger and Lux both have one win each, with Luenberger’s coming at Laguna Seca, and Lux’s at Sonoma Raceway.

GT:
The race in the GT class is firmly held by Billy Griffin in the No. 14 Griffin Auto Care/Sheehan Towing Ford Mustang. With 67 points, he is 49 points ahead of the closest competitor, Natalie Decker in the No. 29 N29 Technologies LLC Audi R8. Bob Michaelian is just two points behind Decker in the No. 52 Race for RP Ford Mustang GT4. Griffin has three wins in the class at Sebring, Road Atlanta and Lime Rock. Decker took the win at Charlotte in her only start this season.