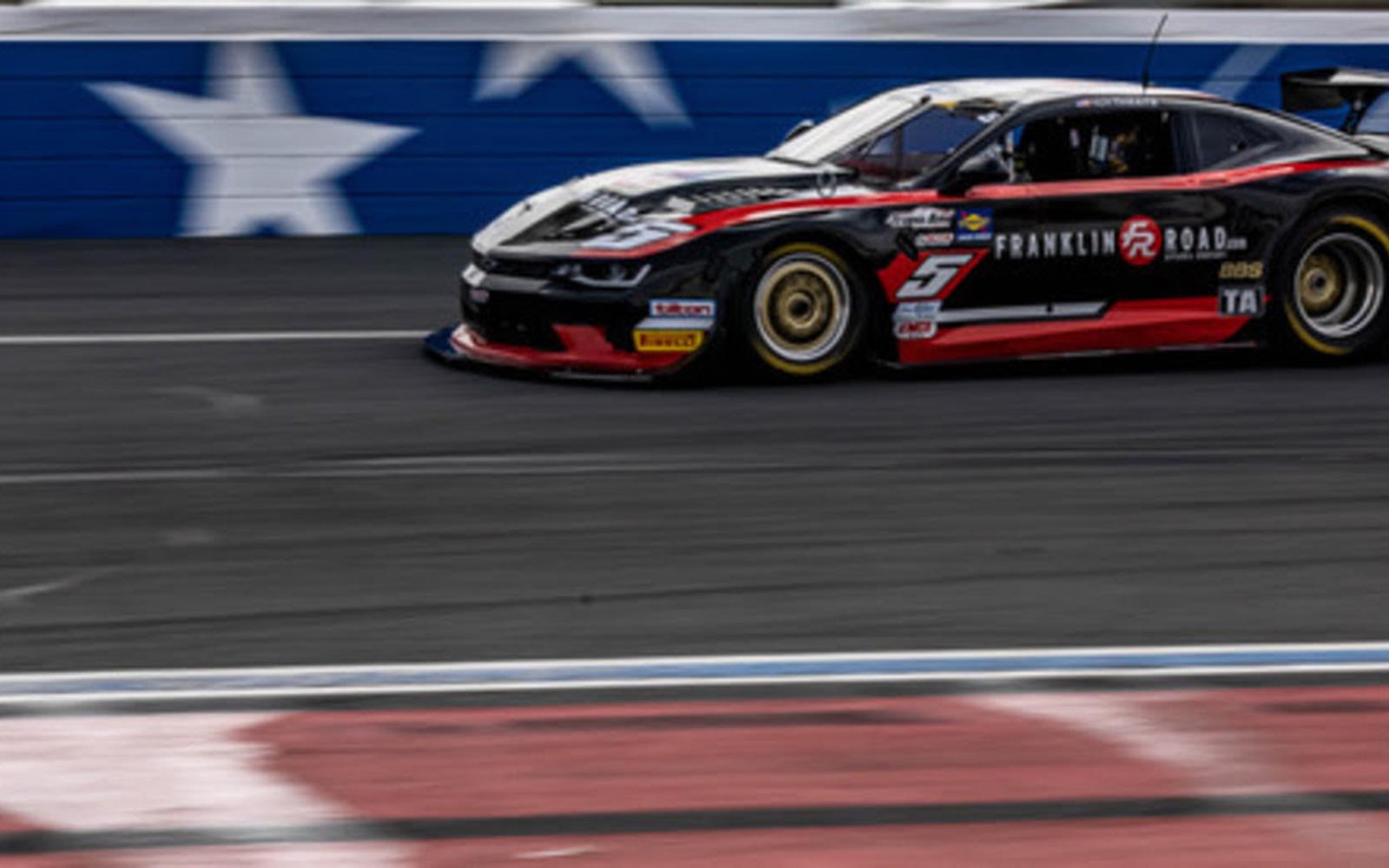 Franklin, TENNESSEE - March 23, 2021 - There are few drivers on the Trans Am scene busier at the moment than Tennessee based Ken Thwaits, who will be behind the wheel of his new Chevrolet Camaro for the second weekend running following his hugely promising debut in the car at Charlotte Motor Speedway. While Ken is becoming increasingly familiar to the world of Trans Am, it's nevertheless a huge challenge taking on the driver’s seat of the new car in only his second race in the full series of the TA Class.

Ken's No. 5 Franklin Road Apparel Chevrolet Camaro is one of a bumper 17 car entry in the high octane series defining TA Class. A number that indicates the growing strength and popularity of the series. Meanwhile the Michelin Raceway Road Atlanta is a happy hunting ground for Ken, who won the rescheduled XGT event there in November en route to wrapping up that Championship and set a new track record for the class of 1:27:056 in the process.

This weekend Ken comes to Atlanta for Round 2 of the 2021 Trans Am presented by Pirelli Championship season on the back of a fine podium P3 finish in the Pro-Am event at Charlotte last Sunday. We spoke to him about the weekend ahead and how it contrasts to the Audi R8 LMS ULTRA he piloted with such aplomb in 2020.

"Last year was great fun and it was fantastic to get to know everyone and familiarize myself with the various tracks in the Audi. I really caught the Trans Am bug last year but there's no doubt it's a whole different ball game running in the TA Class as opposed to the GT3 cars. The Trans Am cars are bigger power platforms, there are more competitors that we're up against - some seriously talented drivers in the likes of Ernie [Francis Jr.], Chris Dyson and Tomy Drissi."

Of his newly acquired Camaro machine Ken added, "It's safe to say I've been around Camaros and a collector for a very long time, but never one quite like this one. It's an absolute monster with a huge amount of horsepower to transfer to the track. While I'm still getting to know it, the car was fantastic at Charlotte and if we run as well this weekend, I'll be delighted."

He went on, "The team and everyone around has been great and it's good to be racing again at what is still a very difficult time for many people."

John Clagget and his team have done a terrific job in getting the program together this year and the action on the schedule. At Road Atlanta for the TA Class sessions will start on Friday morning at 11:15 a.m. with an optional test session. Official practice is at the same time on Saturday morning with qualifying at 4:45 p.m. on Saturday afternoon. The race itself goes green at 12:15 p.m. on Sunday, March 28.

Check out the Showtime Motorsports Facebook page: facebook.com/showtimemotorsp/ and @ShowtimeMotorsp.

The Showtime Motorsports brand includes Ken Thwait's racing team and racecars, and an outstanding classic Chevrolet Camaro collection. Showtime Motorsports brings together a dynamic staff who employ diverse talents and share a passion for cars, racing and caring for clients like they are our own family members.