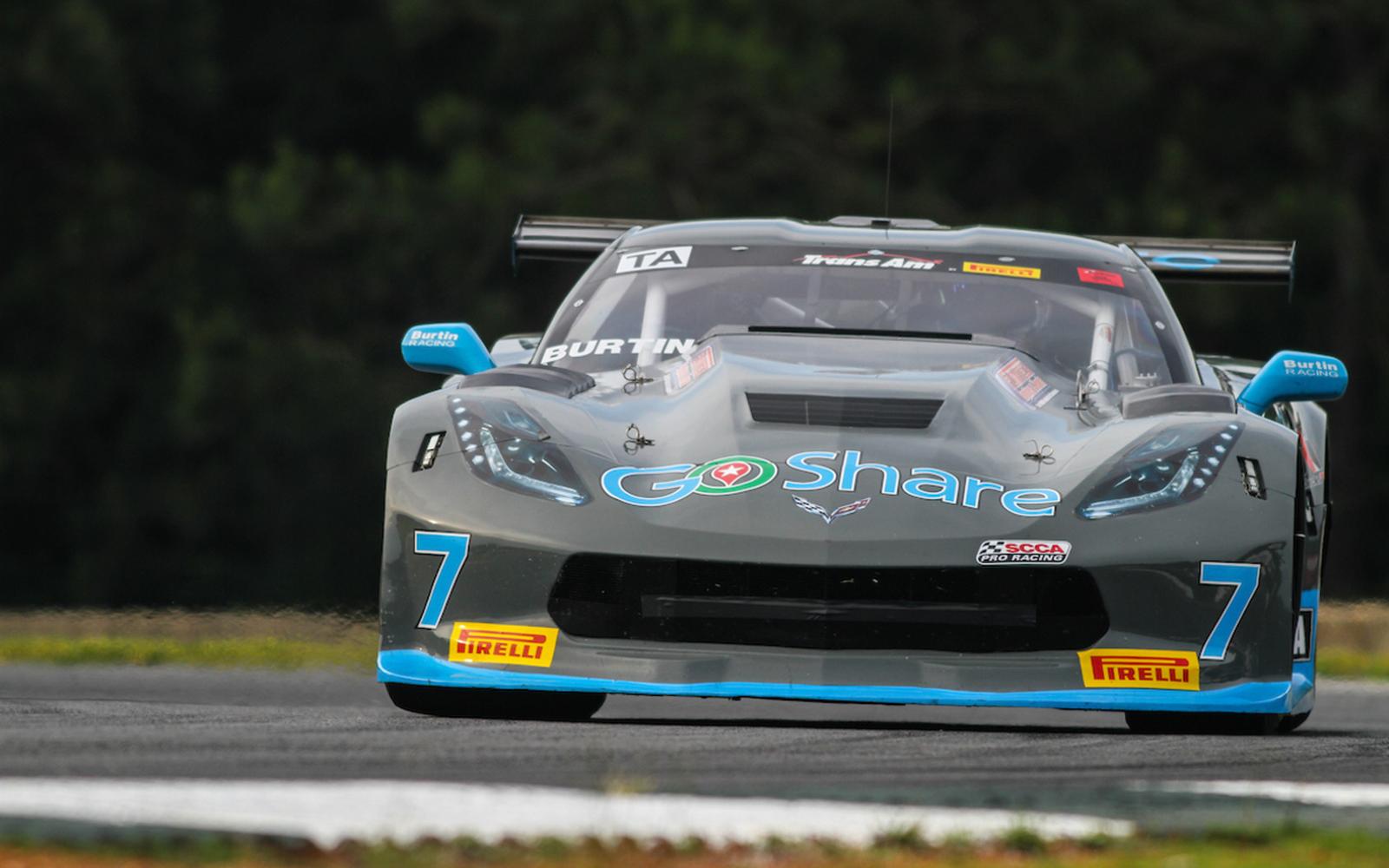 BRASELTON, GA – May 15, 2017 – A field of over 50 cars assembled for a highly eventful Round 3 of the Trans Am presented by Pirelli at Road Atlanta. The race ended with a nail biting finish that saw Claudio Burtin just pipped for a podium behind race winner Ernie Francis, second placed Amy Ruman and in third spot David Pintaric. At the checkered flag, less than half a second separated Pintaric and Burtin. Nevertheless, fourth place represents the best finish for Burtin Racing since the 2016 season finale in Daytona.

In the backyard of Burtin Racing at Road Atlanta, team principal Claudio Burtin qualified the No. 7 GoShare Corvette in ninth place with an average speed of 110.25 mph. This gave Burtin plenty to do at the drop of the flag, but a masterly drive saw him pick his way through the crowded field with finesse, posting a best lap time of 1.23.846, only to come up one spot short of a podium position.

After the race, Burtin was philosophical about the race results, “All in all, we’ve got to be pleased with the weekend. The car is getting better and the engines are running great. To come from ninth on the grid up to fourth is very positive for the whole team and bodes well for the rest of the season. We look to keep on pace and will focus next on Detroit.”

The Trans Am Series presented by Pirelli Championships will return to the track next at the Chevrolet Detroit Grand Prix presented by Lear, June 2-4, for Round 4 on the streets of Belle Isle.