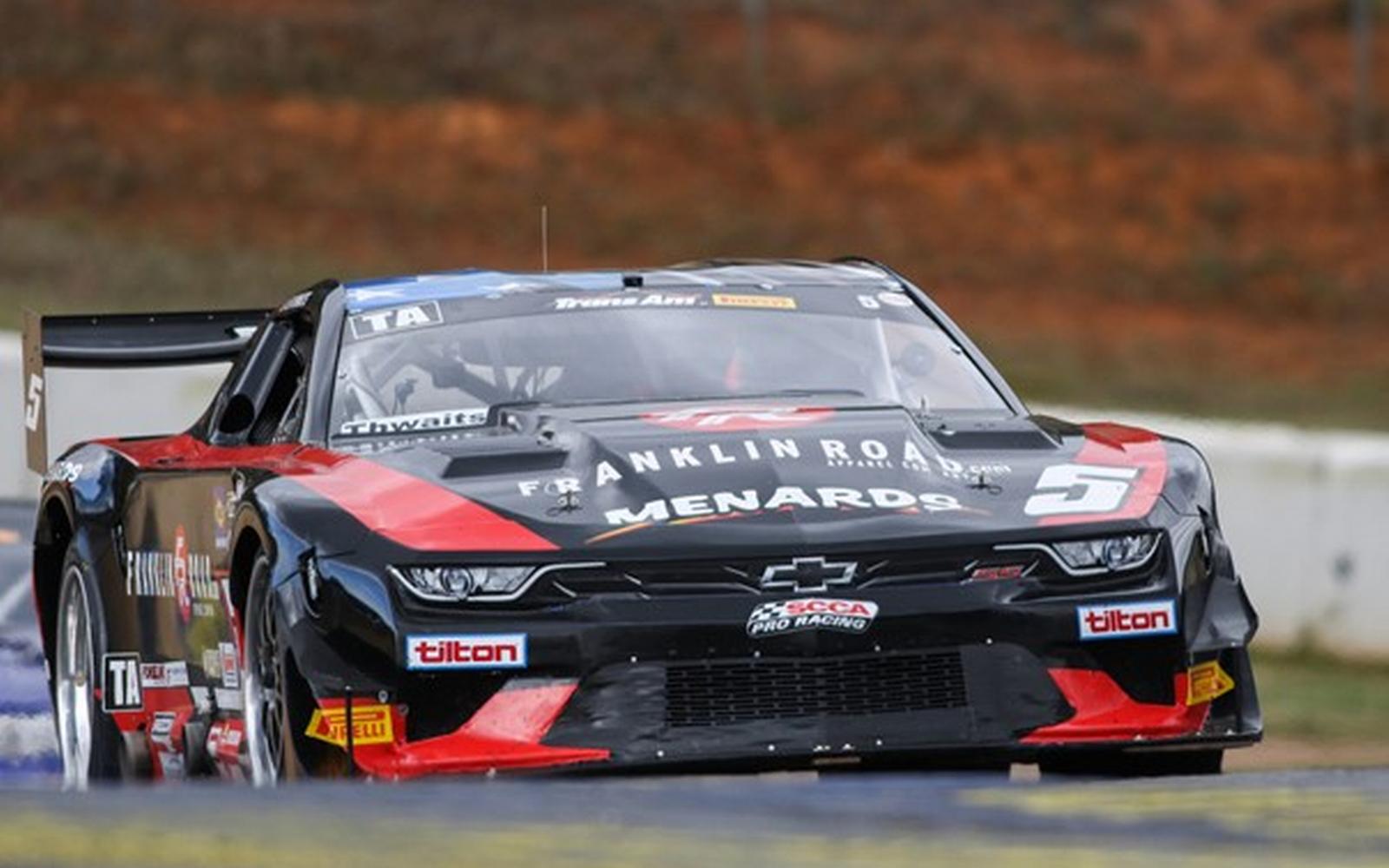 It's not every weekend that we have celebrity drivers in Trans Am, but we do at WeatherTech Raceway Laguna Seca, April 23, when top comedian, actor and podcaster Adam Carolla joins the all-conquering Franklin Road Apparel Showtime Motorsports team for a one-off drive at the famous Monterey circuit.

Franklin Road have made a terrific start to the new season and scored their first ever TA Class win at Round 2 when Paul Menard claimed a wire-to-wire win at Charlotte Motor Speedway. Now, Adam Carolla takes over from Menard in the hot seat for Round 4 of the 2022 Trans Am presented by Pirelli Championship season.

Adam is no stranger to motorsports but will be having his first competitive drive in a National Series in the No. 5 Franklin Road Apparel Showtime Motorsports Chevrolet Camaro. Alongside him in the TA Class for Showtime Motorsports is team principal Ken Thwaits who has made a terrific start to the season himself. Ken lies in P4 in the Drivers' Championship with 70 points after podium finishes at Sebring and Road Atlanta.

Meanwhile over in the TA2 Class, past Champion Cameron Lawrence has been showing great guns in his No. 6 Franklin Road Apparel Chevrolet Camaro and sits in second place in the Drivers' Championship with 65 points behind only Championship leader Tyler Kicera. Cameron’s on track efforts were boosted by his podium third at Road Atlanta. He's joined again this weekend in the No. 4 car by former West Coast Champion Carl Rydquist, a resident of Pleasanton, California.

We spoke to the effervescent Ken Thwaits ahead of the racing at the California circuit and he was understandably excited about taking four cars to California from the team’s Tennessee base, "It's a big weekend for us for sure. We've got all four cars going out West and we think all four can be competitive. I had a great time talking with Adam last week and I know he's not coming to the track just to make up the numbers."

Of the challenge Showtime are mounting in the TA2 Class he added, "Cameron has done extraordinarily well to take second after three races because we know his car can go quicker. Carl knows all about Laguna Seca and should be competitive too. It's a terrific weekend of racing all-round and to say we're looking forward to it is an understatement!" As Ken referenced, he's been on air with Adam this week and you can listen to their fascinating chat on this link: CarCast with Adam Carolla

The WeatherTech Raceway Laguna Seca is a glorious track, with multiple elevation changes, sweeping and tight turns, as well as the world-famous corkscrew corner.

The Trans Am Series recently announced a new television package to air this year’s races in prime time on CBS Sports Network. Check your local listings for details. For those wishing to tune in live, the entire line-up of SpeedTour events will stream for free on the Trans Am TV YouTube page. SpeedTour TV will also air non-stop activity on Saturday and Sunday.