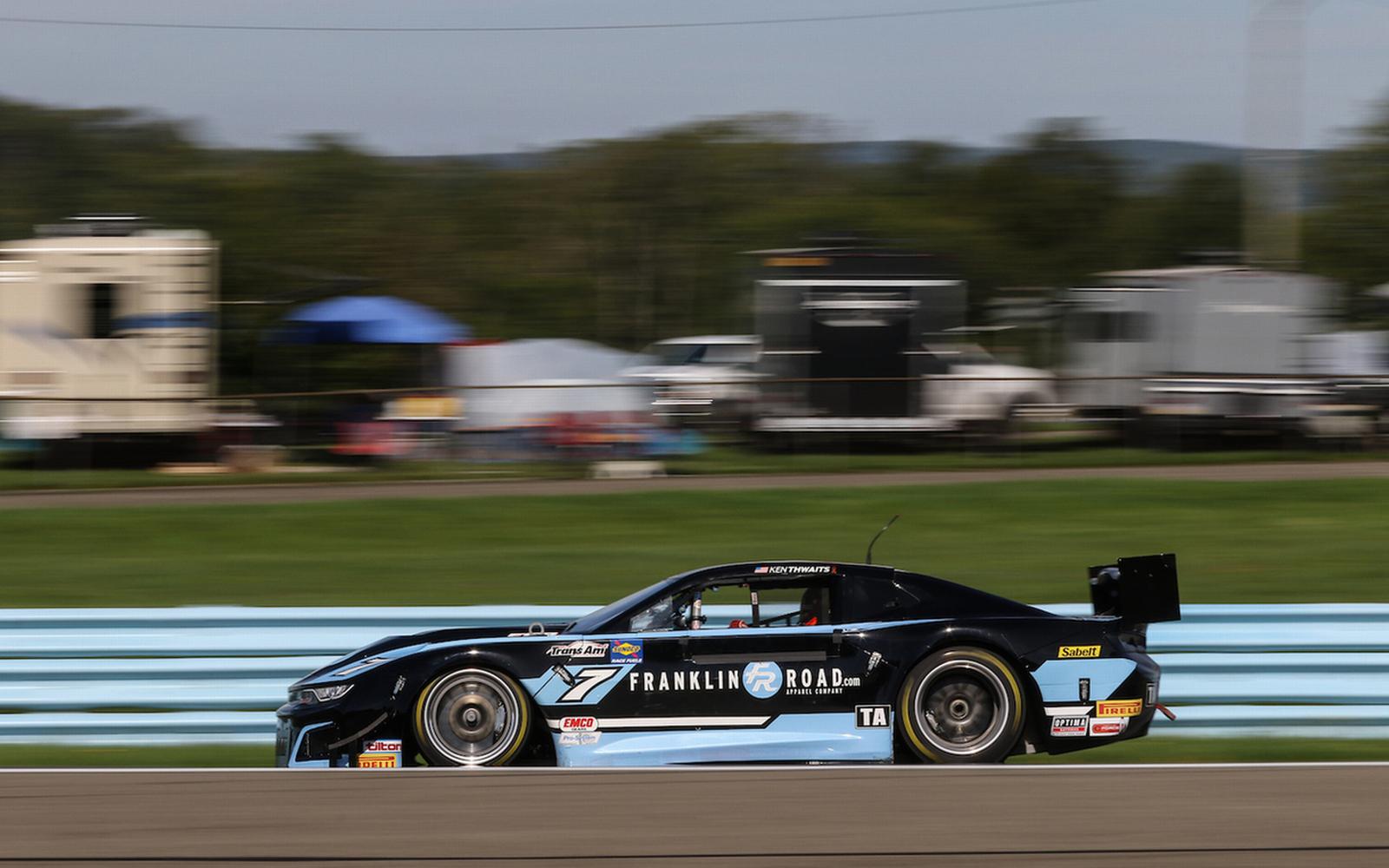 Franklin, TENNESSEE – September 30, 2022 - The Showtime Motorsports Franklin Road Apparel team continues to go from strength-to-strength with the news that talented young Driver Dylan Archer is joining the TA2 roster for the rest of this year and 2023. The team’s announcement comes hard on the heels of Justin Marks winning the TA Class race at Watkins Glen at the Franklin Road Apparel Trans Am Classic. The Series will head south to Virginia International Raceway coming up next weekend.

Having tested with the team at VIR last week, Dylan is getting settled in and ready for his first competitive experience with the team at the same track, October 6 to 9. He will be joined on the grid by Cameron Lawrence who already has two podium finishes to his name this season. The Franklin Road drivers are two of a huge 46 car entry in the TA2 race. Dylan is driving the No. 4 FPEC Chevrolet Camaro.

Spearheading the TA Class challenge in the No. 7 Chevrolet Camaro is team principal Ken Thwaits. Ken remains in P3 in the TA Class Driver’s Championship with 194 points despite an early retirement at the last round. He will be joined for this event by fellow Tennessean Keith Grant in the No. 5 Chevrolet Camaro. We spoke to Ken ahead of the trip east from his Tennessee base to Virginia and the former XGT Champion was his customary confident self as the penultimate round of the 2022 season approaches.

"It's been a terrific ride this season and I don't want it to end. We've really come far as a team and demonstrated how fast we are with the two TA wins. We're definitely getting quicker in TA2 as well and I'm really looking forward to seeing how Dylan gets on in his new car."

Always generous in his praise of colleagues Ken added, "The improvements in performance are down to the better components but mainly the crew. It's worth remembering that we're still actually a very young team with hopefully a lot more to come." Ken himself is still very much in the hunt for the runners-up spot in the TA Class Driver’s Championship behind newly crowned two-time Champion Chris Dyson.

Billed as the Mission VIR Speed Tour, VIR is a hugely popular track and originally opened in 1957 as one of the country’s first permanent road racing circuits. The 3.27-mile track has unusually remained exactly the same ever since. Testing for the TA2 racers begins at 5:00pm ET on Thursday, October 6, with practice at 1:00pm ET on Friday and qualifying in two groups from 5:30pm the same day. The race itself is scheduled at 11:40 am ET on Saturday, October 8 for a late morning green flag.

Ken's practice session is at 9:20am ET on Saturday morning with qualifying at 5:20pm ET the same day. The prestigious TA race is at 1:30pm ET on Sunday, October 9.

The Showtime Motorsports team is based in Franklin Tennessee and is the power behind the Franklin Road Apparel brand. Showtime is responsible for preparing the cars for the track and keeping Ken Thwaits' outstanding classic Camaro collection in tip top condition. Showtime Motorsports have now entered cars in both the TA and TA2 classes in the legendary Trans Am muscle car series with growing success. Showtime have a dynamic, passionate, and hugely talented staff of professionals dedicated to success and excellence both on and off the track.