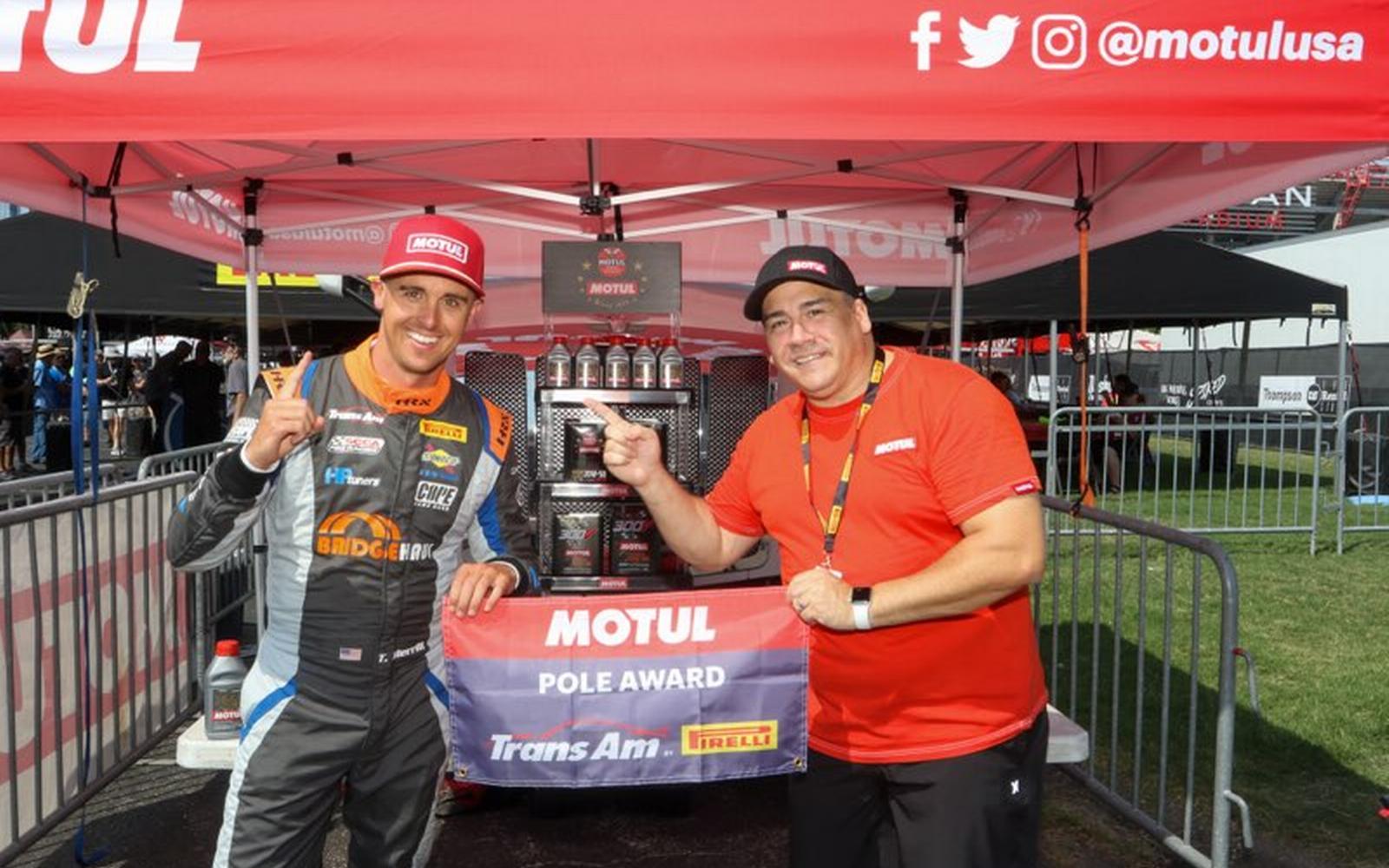 NASHVILLE (August 6, 2022) – Qualifying is in the books for the Trans Am Series presented by Pirelli’s Big Machine Vodka SPIKED Cooler Challenge presented by Race for RP at the Big Machine Music City Grand Prix. Thomas Merrill earned his second Motul Pole Award of 2022, setting a new track record of 1:30.660 in his No. 26 BridgeHaul/HP Tuners/Cope Race Cars Ford Mustang. Merrill is currently tied for the points lead and is on a four-race streak of podium finishes, including two victories at Lime Rock Park and Mid-Ohio Sports Car Course.

“It feels amazing to be on the pole for today’s race,” said Merrill. “I was fully confident that we had a car for the pole, so it was up to me to get it done. I actually made a mistake on my first flier and went into the runoff in Turn 9, so I was under pressure. Then the black flag came out, and we didn’t get to put a good lap in. We got lucky that we were able to go out, get some clear laps, and put the lap down that we knew we could do. Full credit to the BridgeHaul/HP Tuners/Mike Cope team. We rolled off the truck dialed in; we barely changed the racecar. I’m very proud of their effort.”

Brent Crews, who won at Road America last month, was second fastest in his No. 70 Trackhouse Ford Mustang with a lap time of 1:31.475. Scott Borchetta, who founded Nashville-based Big Machine Label Group and owns Big Machine Distillery, was third fastest in his No. 48 Big Machine Vodka SPIKED Coolers Ford Mustang, laying down a lap of 1:31.476. Connor Mosack in the No. 28 Open Eyes/Franklin Road Apparel Ford Mustang and Connor Zilisch in the No. 5 Silver Hare Racing Chevrolet Camaro rounded out the top five, with laps of 1:31.555 and 1:31.653, respectively.

The Big Machine Vodka SPIKED Cooler Challenge presented by Race for RP will be contested today at 12:30 p.m. CT and will be streamed live here.

The broadcast of the race, presented by Big Machine Vodka SPIKED Coolers and Race for RP, will air on CBS Sports Network on Sunday, August 13 at 7:30 p.m. ET, with an encore presentation later that evening at 1:00 a.m. ET.