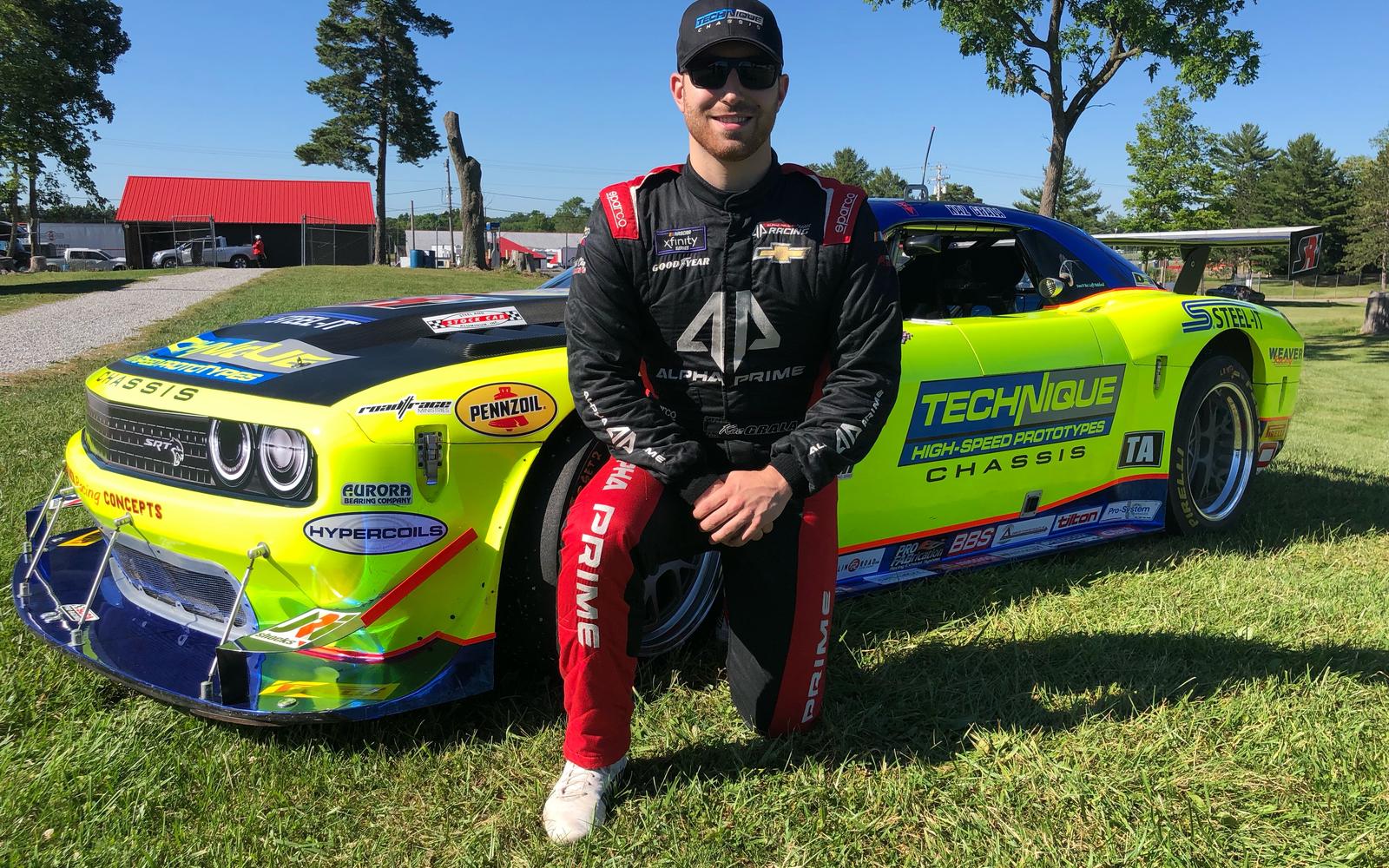 This weekend at Mid-Ohio Sports Car Course, NASCAR driver Kaz Grala will make his first start in the Trans Am Series presented by Pirelli. The 23-year-old, who has made starts in all of NASCAR’s top-three series in 2022, will drive the No. 2 Technique Chassis/STEEL-IT/Weaver Dodge Challenger for Pancho Weaver’s Weaver Racing Concepts in the TA class. Grala, a winner in the NASCAR Camping World Truck Series, has one previous start at Mid-Ohio, racing in the NASCAR Xfinity Series in 2018

Grala has already hit the track in a test session and practice session, and has been second fastest in both, showing how quickly he acclimated to the TA car. Grala has competed in three NASCAR road course races so far this season, running the NASCAR Camping World Truck Series and NASCAR Cup Series events at Circuit of The Americas and a Truck Series race at Sonoma Raceway.

“I am excited for tomorrow’s race,” said Grala. “I’ve never even driven in one of these cars before, I didn’t know what it was going to feel like, and it’s fast. It’s got a ton of grip, a ton of tire, a ton of aero, and so much horsepower. The car is a blast to drive. Pancho’s car is beautifully done; the detail work is unbelievable. I think we’re going to have a shot at it, so it’s definitely fun to go into a race weekend knowing that you’ve got a chance to chase that trophy.”

“I think my previous start at Mid-Ohio in 2018 will help me in terms of knowing the track, but honestly, this is a really good weekend for me to get re-acclimated here, because that one race was four years ago, so I definitely needed a little refresher on the track. I felt like I got that in the first few laps yesterday, and by the end of practice, I felt totally comfortable and up to speed on the track.”

“Kaz was amazingly fast in yesterday’s test, as well as today’s practice, running second,” said team owner Pancho Weaver. “This was the first time Kaz has ever driven a Trans Am car, and he seems to have adapted quite well with his experience and talent.”

"Next week we will be running Road America with Boris Said, who is a great friend and an awesome driver behind the wheel. Boris, who has been my driver for the last four years in TA, has always been quite quick and really takes care of my equipment. We're really looking forward to both weekends, starting here at Mid-Ohio with Kaz in his Trans Am debut. I want to thank my crew for dedicated help over the years. I would also like to thank SRI Performance and Pro Systems for my awesome brake package, and give a big thanks to Chris Sumner, our Penske Dodge engine builder.”

Weaver Racing Concepts designs and builds the new Gen 3 Trans Am TA car. The company has been building Trans Am cars since the mid 1980’s, and is currently building chassis No. 50 for next year’s Trans Am season.