Ruman Heads to Charlotte Motor Speedway for Trans Am Round 2 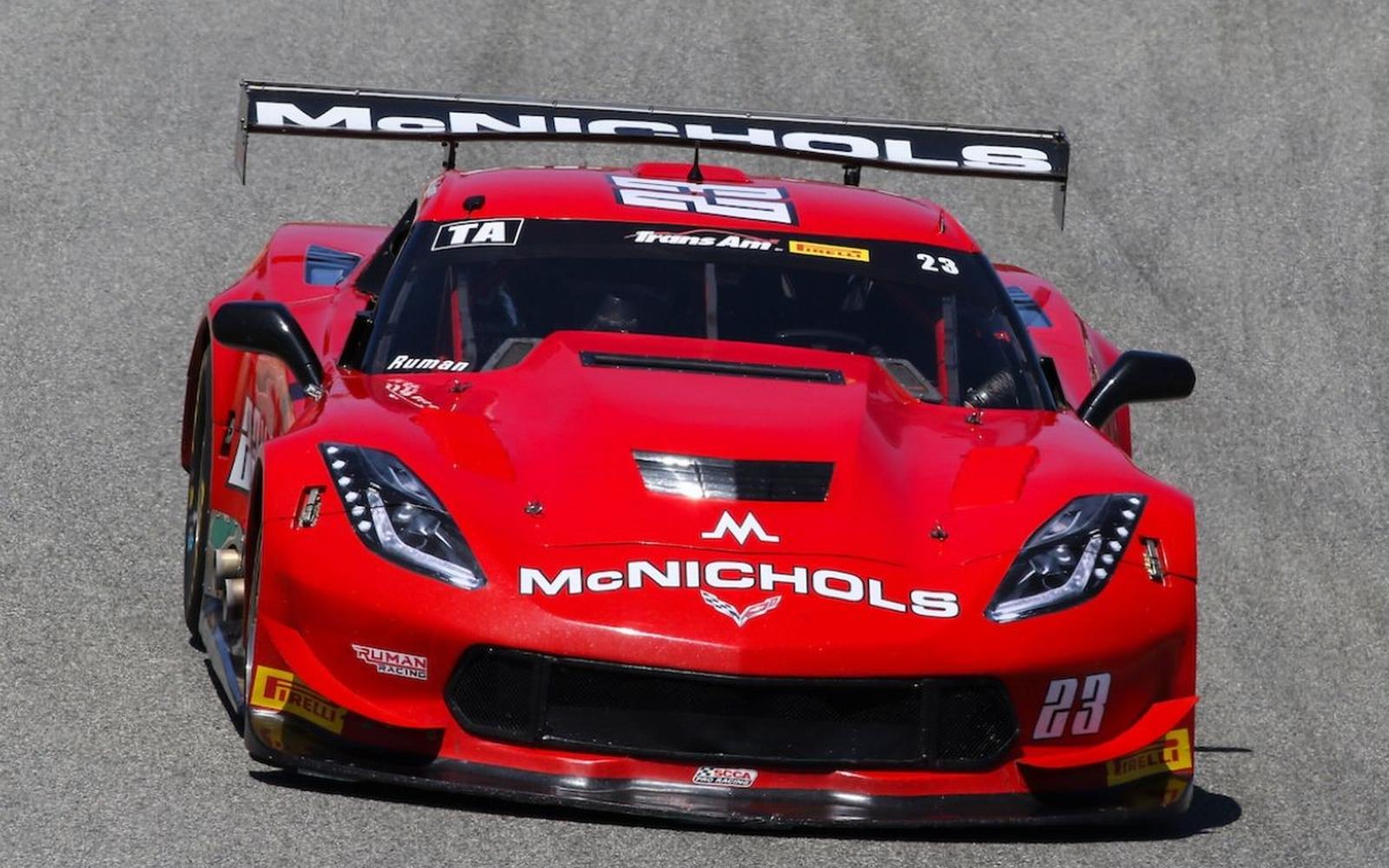 Munroe Falls, Ohio – The Trans Am Championship Presented by Pirelli is heading to Charlotte Motor Speedway for Round 2 of the 2022 schedule this weekend. After qualifying the No. 23 McNichols Chevrolet Corvette fifth on the grid at the Sebring opener, Ruman finished the race in fifth place after several great battles with Thwaits and Drissi throughout the race just a few short weeks ago.

After a 22-year hiatus, two-time Trans Am Champion Amy Ruman returns to the iconic NASCAR speedway notably coined as "America's Home for Racing". The last and only time the Ruman team raced at Charlotte was in 2000. Bob Ruman raced in the Trans Am Series event and Amy and sister Niki raced the same weekend in the Women’s Global GT Series support race.

The speedway hosts two premier NASCAR events each year - the Coca-Cola 600 and the Bank of America ROVAL™ 400. This weekend Trans Am drivers will compete on the Roval configuration, a 2.25-mile track layout merging much of the 1.5-mile NASCAR oval with an infield road course. The unique configuration is narrow, tight, and challenging with surrounding walls and limited passing zones.

“I’m looking forward to running again at Charlotte. It’s been a long time since we have raced in Charlotte, 22 years to be exact. The track configuration is different than when we ran here last, but I should be able to get up to speed quickly. Our focus this season is consistency, and optimistically we should pick up some solid podium points here this weekend,” remarked Ruman.

Forty-two competitors are entered across all classes, with eight running in Ruman’s TA class. Trans Am is running in conjunction with the Sportscar Vintage Racing Association (SVRA) as part of the 2022 SpeedTour. Testing, practices, qualifying, and races will take place Thursday through Sunday. The Trans Am TA2® race will be Saturday, March 19th at 1:00pm followed by the TA/XGT/SGT/GT feature race on Sunday at 12:40pm ET, both races are 101.25-miles, 45-laps. Please visit gotransam.com, speedtour.net, svra.com for tickets, schedules, and all other weekend information.

Heading into Round 2, Chris Dyson leads the TA National class championship with 35 points, followed by Ken Thwaits in second – 25, Amy Ruman in third – 21, Tomy Drissi in fourth – 20, and Paul Menard sits in fifth – with 19 points.


LIVE STREAMING AND CBS TV COVERAGE OF THE TRANS AM SEASON:
The entire lineup of 2022 SpeedTour will LIVE stream for FREE! Fans can watch from anywhere on a variety of social media platforms including the new SpeedTour.TV, the Trans Am Facebook page, and YouTube channels SpeedTourTV and the Trans Am Series.