2022 Trans Am Season Kicks off at the Sebring SpeedTour Saturday 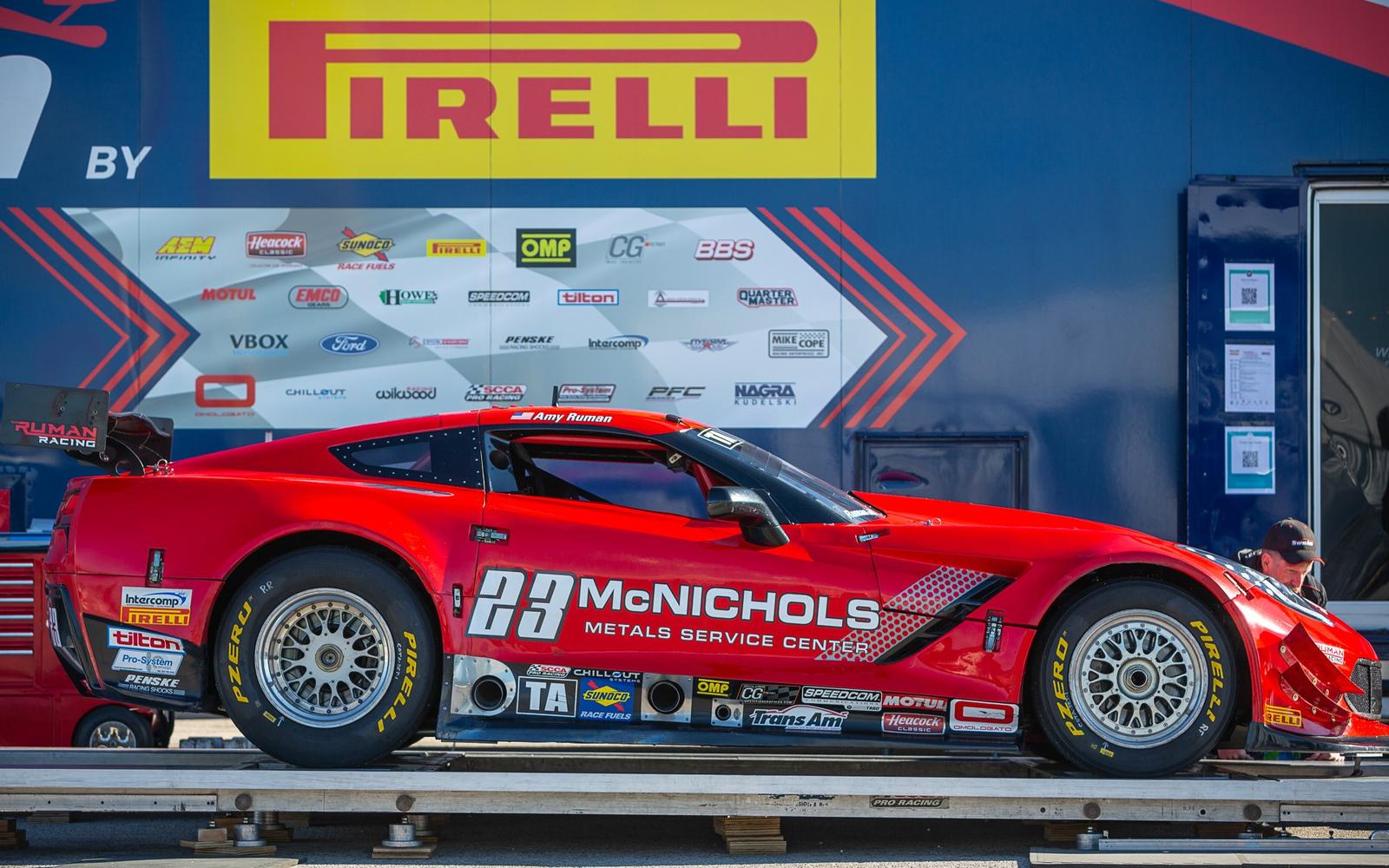 The short off-season has flown by as usual, and the 2022 Trans Am Championship Presented by Pirelli season is back in action this weekend February 24th-27th at Sebring International Raceway. Two-time Trans Am Champion Amy Ruman will return for another full season with the series and shoot for a third Championship title.

Ruman and team are pleased to confirm their continued partnership with longtime sponsor McNICHOLS CO., the leading supplier of specialty metals and fiberglass including Perforated Metal, Expanded Metal, Wire Mesh, Grating, Flooring, and Architectural hole products. The agreement will mark the twentieth anniversary of consecutive partnership between the two entities. “We are extremely proud to be back on the No. 23 celebrating twenty years with the team and are geared up for another year of exciting Trans Am competition!” stated Gene McNichols, Chairman and CEO of McNichols Co. “I am so appreciative to have such an incredible sponsor in McNichols Co. I am fortunate to be a representative for the Hole Story team, and I am honored to be celebrating twenty years with them!” commented Ruman.

Amy Ruman concluded the 2021 season placing fifth overall in the TA class Championship points standings in the chase for the Trigon trophy. She was set to run the full 11-race Trans Am schedule last year but was forced to miss VIR after contracting Covid-19. Ruman captured one podium finish during the season at Watkins Glen (3rd) as well as scoring four top five finishes during the year. She closed out the year in November at COTA for the season finale but encountered a power steering issue that ended her race early.

The crew has been working diligently on the No. 23 Corvette making sure everything is prepared and ready to go for Ruman to get back in action. “Competition is ramping up again this year and some big names are rumored to be joining the TA class. Looks like everyone wants to get in on some TA action! I’m looking forward to having a strong year with consistent top finishes, it’s time to shift the momentum our way again,” remarked Ruman.

New for the 2022 season, Pirelli has introduced a 18” Pirelli P zero tire in lieu of the 16” they have been running on for years. The team was able to do some testing on the new tire earlier this month at Sebring, and here is what Ruman had to say; “It was crucial that we got some laps in on the new tires before the season gets underway and Sebring was the ideal place to get it done. We have a ton of data and miles there, so it’s very useful for comparisons and set up factors. There seem to be significant improvements in the new 18” 2022 Pirelli’s over the 16” tires that we have been running on. The smaller sidewall has better ride control and new compound has increased the overall grip which has made the steering and input more responsive, faster through the corners, and enhanced the overall comfort. I’m also looking forward to seeing increased performance throughout a race. It should be an interesting season!”

A huge field is expected for the opening round, with sixty-eight competitors entered across all classes at the 3.7-mile road course, with thirteen running in Ruman’s TA class. Trans Am is running in conjunction with the Sportscar Vintage Racing Association (SVRA) as part of the 2022 SpeedTour. Testing, practices, qualifying, and races will take place Thursday through Sunday. The Trans Am TA/XGT/SGT/GT feature race will be Saturday, February 26th at 1:00pm followed by the TA2® race on Sunday at 1:00pm ET, both races are 100.98-miles, 27-laps. Please visit gotransam.com, speedtour.net, svra.com for tickets, schedules, and all other weekend information.

LIVE STREAMING AND CBS TV COVERAGE OF THE TRANS AM SEASON: The entire lineup of 2022 SpeedTour will LIVE stream for FREE! Fans can watch from anywhere on a variety of social media platforms including the new SpeedTour.TV, the Trans Am Facebook page, and YouTube channels SpeedTourTV and the Trans Am Series. Primetime television broadcasts will air nationwide on CBS Sports Network. CBS will air all twelve TA2 races in a 90-minute format, as well as eleven TA/XGT/SGT/GT events as 60-minute episodes, with most episodes set to debut within seven days of the checkered flag. Specific broadcast dates and times will be available closer to the running of each event, read the official announcement here.