Sweeter the Second Time Around: Rafa Matos' Fight for the TA2 Title

MIAMI (13 December 2021)- The Trans Am Series presented by Pirelli enjoyed its most competitive season to date in the TA2® class, with historic full grids and exciting races. The season saw 85 drivers compete in National and ProAm Challenge competition, including several of NASCAR’s up-and-coming stars.

Rafa Matos was more than up to the challenge. The Florida-based Brazilian won six of the 12 races, four pole positions and captured the championship by a whopping 82 points, driving Doug Peterson’s No. 88 3-Dimensional Racing Ford Mustang. (VIDEO: Matos Earns Second Trans Am TA2 Championship - YouTube)

“It’s pretty amazing to see the growth of TA2,” Matos said. “The format that John Clagett and Tony Parella have put together while rebranding the series is working. It’s getting everything the general racer wants; having a fast car and an affordable way to run it, while having a legit schedule, with legit racetracks. Those are the most important things.”

Matos is no stranger to winning titles. He was crowned at each step on his climb up the open-wheel ladder, taking championships in Barber Formula Dodge (2003), Star Mazda (2005), Formula Atlantic (2007) and Indy Lights (2008). He was IndyCar Rookie of the Year in 2009, and also the fastest rookie in that year’s Indianapolis 500. He opened 2008 with a GT victory for Mazda in the Rolex 24 At Daytona, and closed that season with an overall victory in the Sunchaser 1000 at Miller Motorsports Park (now the Utah Motorsports Campus), his first race in a Daytona Prototype. 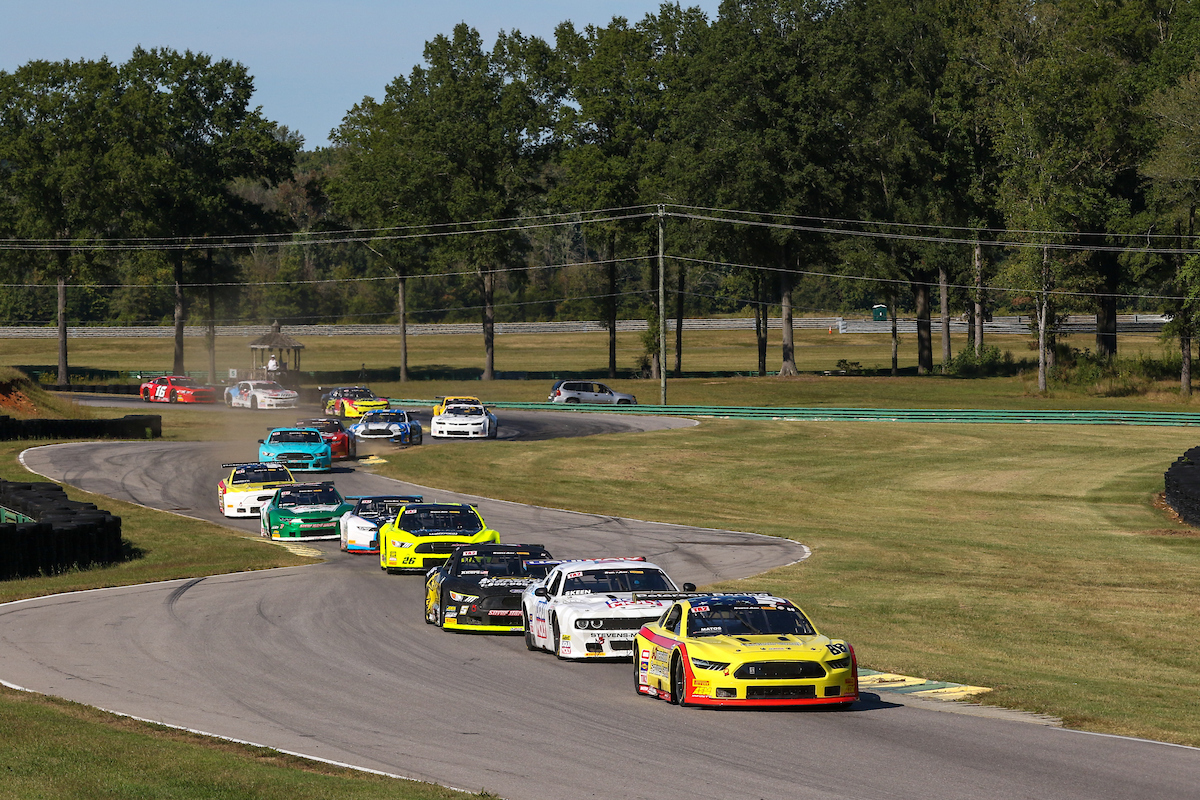 Since then, Matos has enjoyed success in Brazilian stock cars, various sports cars and karting. His career took an abrupt turn in 2017, when he finished second at Detroit in his TA2® debut. After that, Matos was hooked.

After testing the waters by running five races in 2017 (winning the pole at Road America), Matos was quickly impressed.

“When I first came to Trans Am, back in 2017, the series wasn’t as competitive as it is now,” Matos recalled. “Right away, I fell in love with the car. It’s pure driving – it’s pure racing. The series does a nice job in dealing with the balance of performance, making sure that all the brands are pretty equal and competitive inside their playground. The cars are fun to drive, you’re not racing a car with all kinds of driver aids. The H-pattern gearbox also brings an edge to guys who know how to shift the gears properly.”

“Coming from a GT3 car and the highly competitive Brazilian stock cars, I had a pretty good base whereas I could just jump in a Trans Am car and go fast right away,” he said. “By my first full season in 2018, I was fully adapted to the car, and it was a lot of fun.”

The next title, though, was a few years in coming. He placed third in 2019 despite winning four races, and came in second in pandemic-plagued 2020. 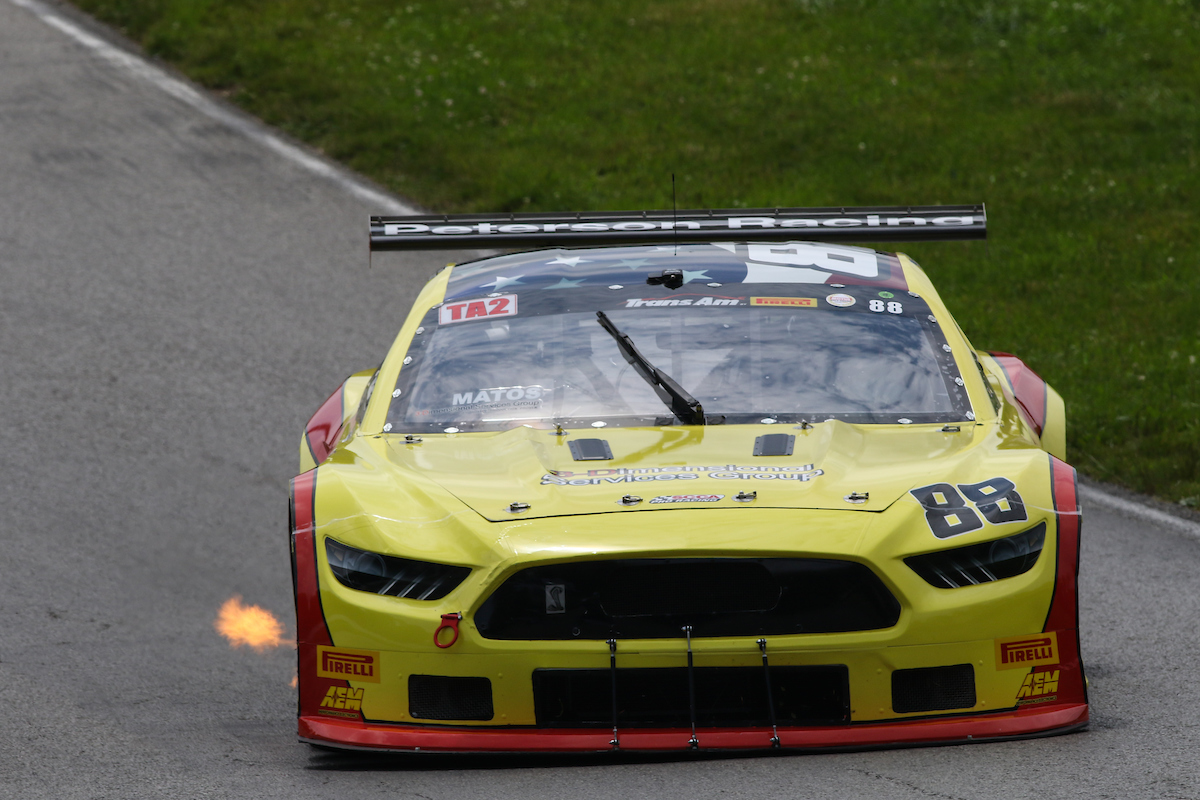 “We were in a very good position to win the championship in ’19, but then we had a DNF at VIR and that ruined our season. Then last year was very hectic with the pandemic. I’m glad we got to race some. I had one win, but I had chances to win three or four other races but something always went wrong.”

This past season, Matos was both fast and consistent. After placing second at Sebring – when his power steering failed in the closing minutes – he took eighth at Road Atlanta. From there, Matos won at WeatherTech Raceway Laguna Seca that launched a streak of nine podiums in the remaining 10 events.

Ironically, it was the non-podium –at Nashville – that he called his personal highlight of the year.

“Finishing the race at Nashville without the power steering was my personal highlight,” he said. “I had to drive the car for 20-something laps at that place, and it was very hot at a very physical street course. Muscling the car for that long left me severely dehydrated, and the engineers started coaching me before I passed out in the car. We managed to finish seventh and collected 19 points, so we were able to keep our points lead despite a very strong performance by [Mike] Skeen. We started 18th and went through the field, and were fighting for the lead when the power steering broke.”

Road America saw another charge, from 36th to third, “And if we had a yellow late in the race I think I could have won. The yellow never came, but it felt like a win for us.”

Another highlight was winning at Virginia International Raceway.

“We were definitely the class of the field,” he said. “It was a very good season, full of highlights, but sealing the championship at VIR with one race to go after a good battle with a few drivers was big. That allowed us to go to the last race at COTA just to have fun. I was completely relaxed at COTA. We had fun and finished the championship the way we wanted – winning the pole and winning the race.” (VIDEO: That Moment When Matos Clinched the Trans Am TA2 Championship - YouTube)

Matos knows that the competition will be even tougher in 2022. But he knows he’s also going to be tougher, and is looking forward to defending his championship.

“I think we’re going to be even stronger [in 2022],” Matos said. “A lot of teams tend to slow down during the off-season, but we’re going to focus on the areas where we think we can improve our performance. I think our team is using our resources and our personnel really well in the off-season, trying to improve the cars.” 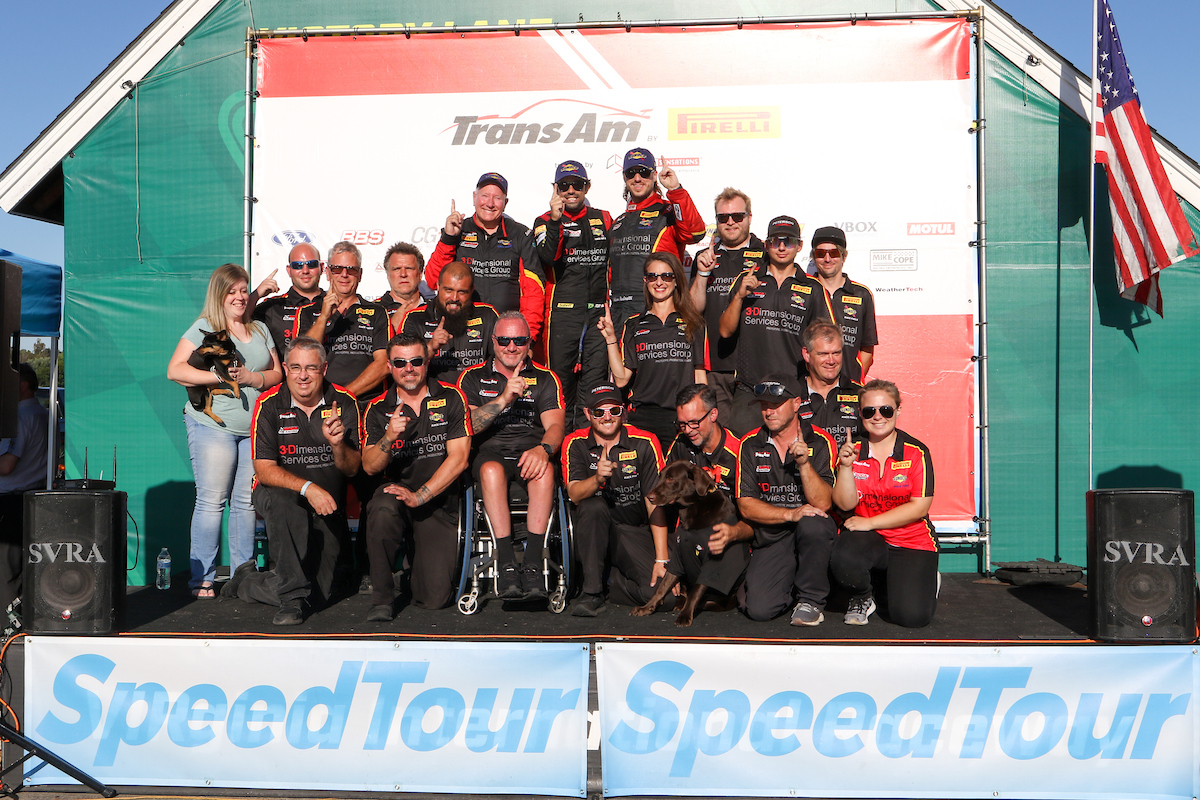 In the meantime, Matos plans to spend a lot of time at race tracks over the winter – mentoring and coaching several drivers on the South Florida karting scene.