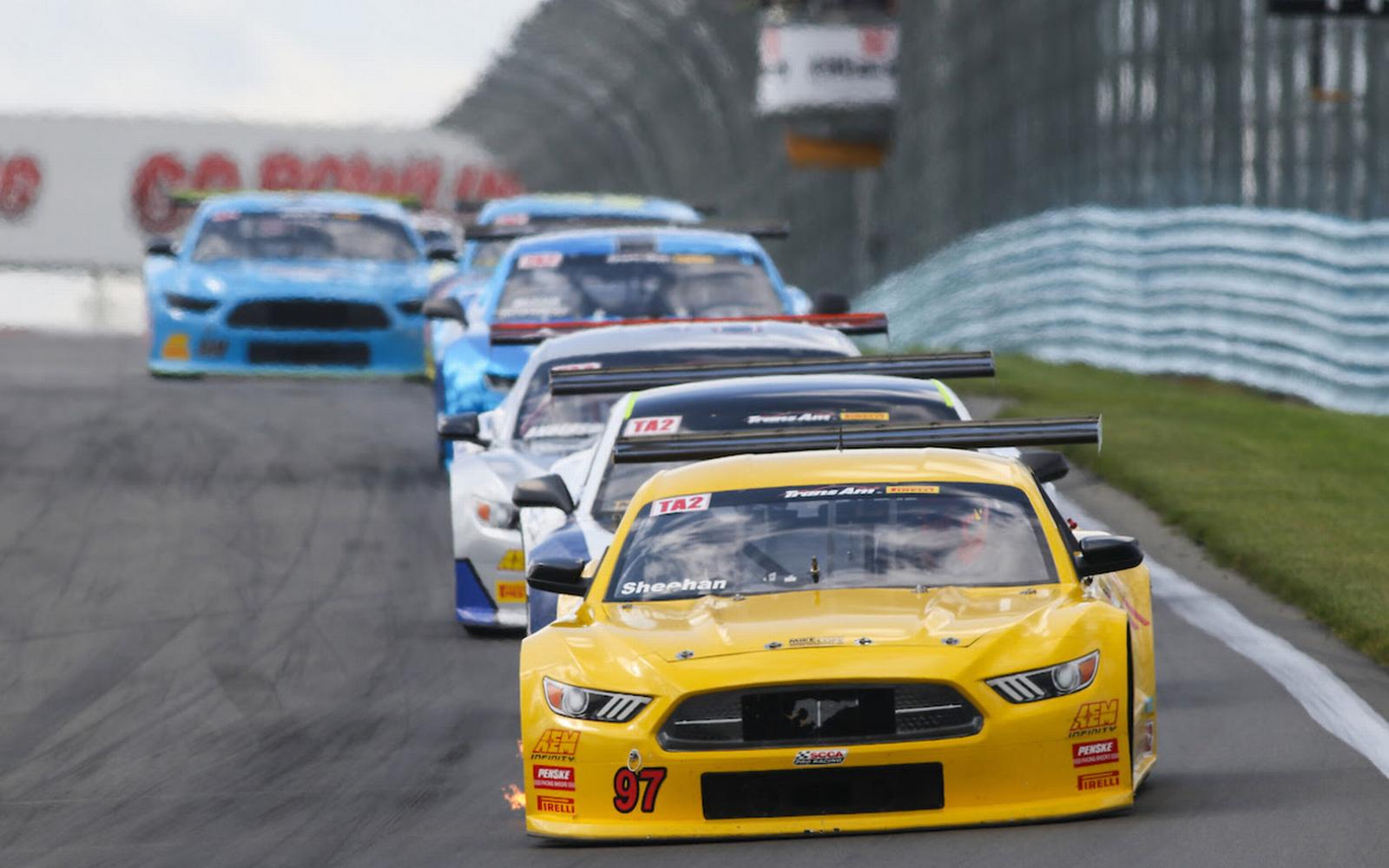 Watkins Glen, NEW YORK - September 14, 2021 - Tom Sheehan kept his place in the top percentile of TA2 Drivers in the Championship hunt with two clean drives in difficult circumstances on September 11 and 12 at Watkins Glen. The weekend of racing saw the pace car on the track for much of Saturday and Sunday’s races. The Watkins Glen SpeedTour formed Rounds 9 and 10 of the 2021 Trans Am presented by Pirelli Championship season and although spectacular, Sheehan battled with mechanical issues that plagued the team in qualifying and the race.

New Hampshire's Sheehan, driving the canary yellow No. 97 LTK Insulation Technologies Damon Racing Ford Mustang, was the beneficiary of some over ambitious driving by some of his rivals in Sunday’s race, with numerous incidents causing a slew of retirements, something Tom alluded to when we spoke to him after the race.

However Tom could not disguise his disappointment at the performance of the car itself, "We just never got the handle on the car all weekend. We tried to work on it and make some adjustments but something fundamental is going on and it's just not working right. We got lucky. A bunch of guys had a bad day and got wrecked up the esses."

A late race part failure could have spelt disaster for the popular Granite State wheelman, The No. 97 fell back from a top five opportunity when a broken shifter locked the transmission in third gear for the final five laps of the race. Fortunately sheehan was able to manage the car home for a top ten finish, "The shifter broke off and we were stuck in third gear with six laps to go so we were driving around and that was it. We ended up where we ended up!"

Saturday's race saw Tom climb several places to finish just outside the top ten but again it was a challenge for the 2019 Ironman, "It was a pretty messy race. A lot of of cautions. A lot of guys were overzealous and running out of talent all over the place. The car was tough. We were fighting it really all weekend. We were chasing gremlins of different sorts but we kept it clean and finished but we were a mid-pack car."

Although a frustrating weekend, Tom nevertheless picked up 31 points over the course of the two races to put him on 139 for the season and keep him in P7 with just two races to go, at Virginia International Raceway September 24 to 26 before the season finale at Circuit of the Americas November 5 to 7.

About LTK Insulation Technologies:
Putting LTK insulation jackets & covers to work on your project saves your firm real money and time. The LTK Insulation products are so fast and easy. Installation is as fast as identification. Our carefully designed products line allows; fast, sure fit, 100% clean, no tool installation. Product designed for; balance valves, control valves, flex hoses, in line specialties, couplings, quick connects, unions, zone pumps. Your imagination is the only limit….GOLTK!