After a successful 2020 season in the  Trans Am Series presented by Perilli West Coast Championship, Michele Abbate will receive second-place honors in the TA2 powered by AEM West Coast Championship on Sunday. Abbate was nominated for two additional awards that were voted on by fans, Best Helmet Design and Fan Favorite Trans Am Driver. The winners of those awards will be revealed during the ceremony.

For the first time in its history, fans will be invited to the annual Trans Am Series presented by Pirelli Honors Banquet. This season, the awards ceremony will be held virtually on January 10 with the live stream kicking off at 4:00 p.m. Eastern on the Trans Am by Pirelli Racing App (Download Here)

A special pre-awards show will begin at 2:00pm Eastern on the series Facebook page and YouTube channel

Hosted by the Voices of Trans Am’s Live Stream Jonathan Green and Ben Cissell, the annual event will unite winners from the National, West Coast, Northern and Southern Cup championships to celebrate their successes and accomplishments throughout the season. 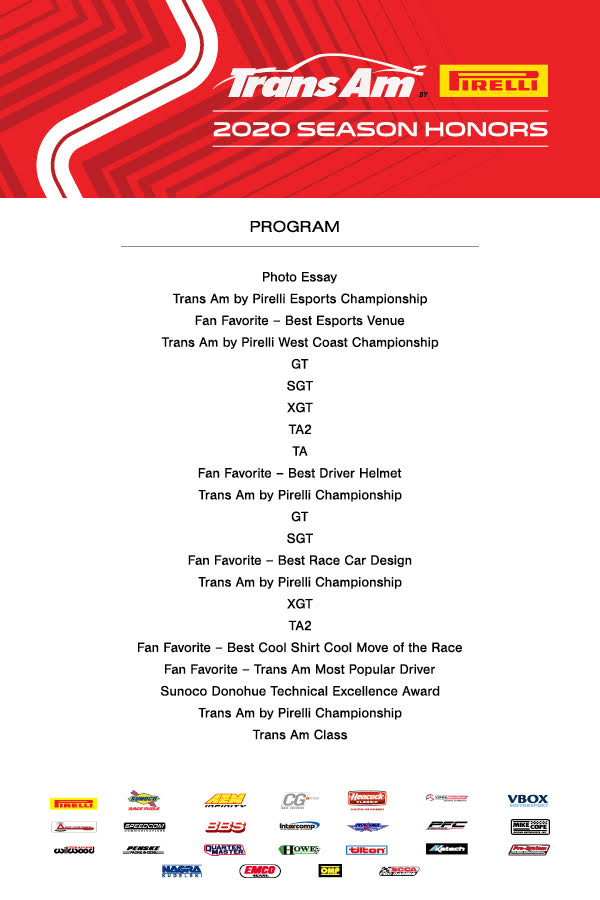