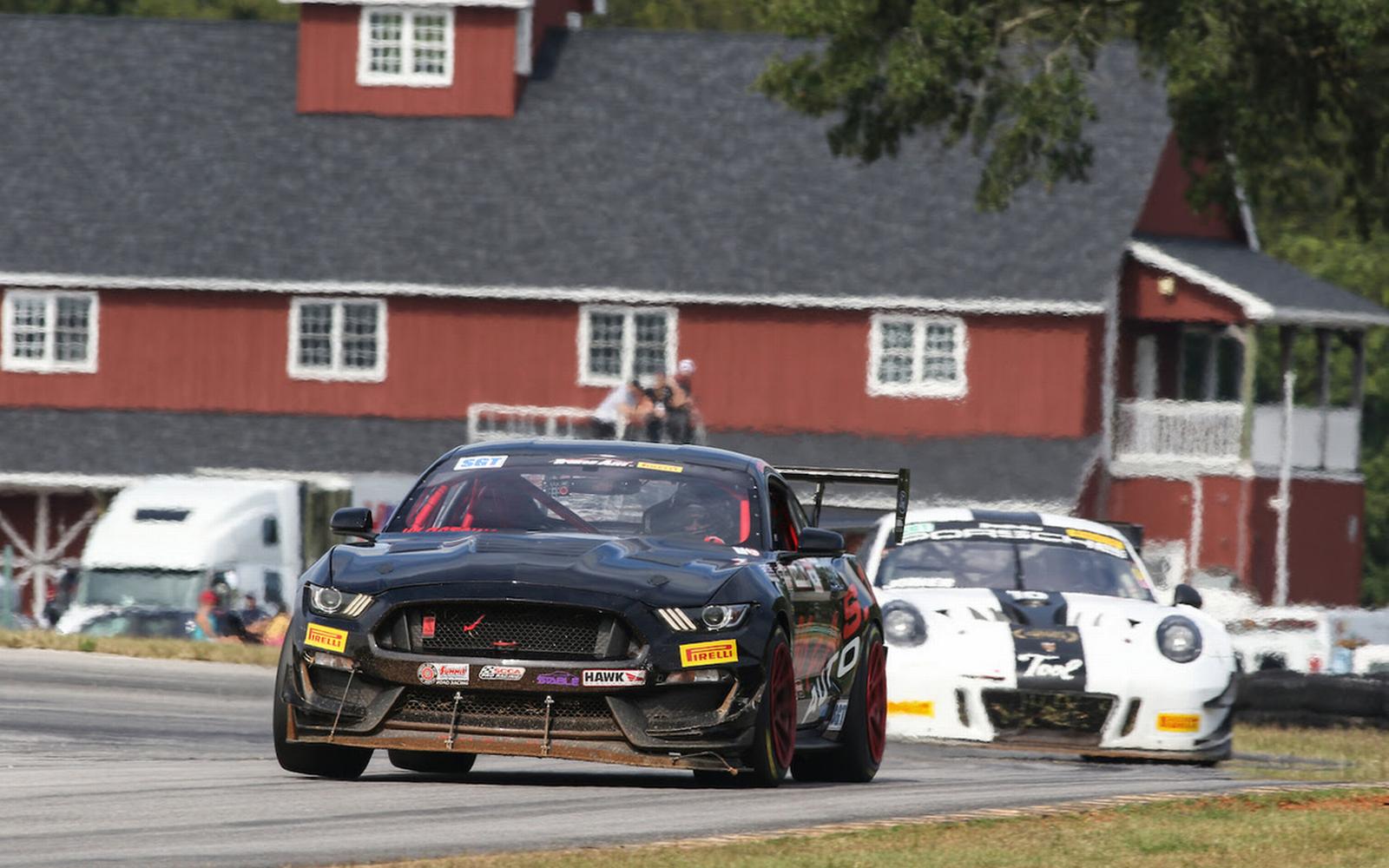 In a hugely impressive first full season in Trans Am, New York based Adrian Wlostowski has amassed a fantastic 164 points to lie in second place in the Super GT Class Driver's Championship, but the numbers only tell half the story of what has been an extraordinary rookie year for Adrian and the F.A.S.T. team.

Starting at Sebring back in March, there was no early indication of the success to come as Adrian qualified the No. 96 Ford Mustang in P5, but a fine drive saw him claim a podium P3 finish. He then went one better at Mid Ohio to claim the runners-up spot, but it was at Brainerd for Round 3 of the season that the F.A.S.T. team flexed to show their expertise, determination and sheer grit to get a result when many would have given up.

Early on in the testing session at Brainerd the engine gave out, breaking the harmonic balancer and putting the Ford Mustang out of action for the weekend. That could have spelt an early finish for Adrian as the only solution was to bring a reserve car all the way from New York, an epic journey of over 1,300 miles. That's exactly what they did! F.A.S.T. Auto Racing brought a car overnight from New York to Minnesota. They then adapted the replacement SCCA T1 Chevrolet Corvette to SGT specs and Adrian skillfully guided the Corvette into the runner-up spot and also won the “Cool Move of the Race Award” presented by CoolShirt on a weekend he described as, "Nuts!”

Back in the Ford Mustang, the next successful outing for the F.A.S.T. crew was staged at Virginia International Raceway at the end of September and saw Adrian finish in P2 in Saturday's SGT race before claiming top spot in the SGT Class in Sunday’s Heacock Gold Cup, when over 40 cars in all classes shared the track. It was a tremendous achievement and sets the F.A.S.T team up perfectly as the season builds to a climax.

Now sitting in P2 out of 15 competitors for the Drivers' Championships, Adrian is 26 points behind Championship pace setter Lee Saunders but with 30 points available for the win, it's all to play for with five races remaining.

"We're going to need a bit of luck to overhaul Lee and win the Championship, but winning Sunday’s race at VIR has given us tremendous confidence and momentum for the second half of the season. We know now that we can be competitive for the top step in our class, so from now on it's all about maintaining the momentum."

Adrian went on to add, "We're fortunate in that we have the car at home between races so we can make sure it's perfect for every trip to the track. Naturally we're always looking for ways to find more speed too!"

The home Adrian is referring to is the F.A.S.T. Auto Shop in Maspeth, New York where the Ford Mustang is prepared. Adrian is also in the business of preparing race cars for third parties, so don't hesitate to get in touch if you want to take advantage of his team's terrific expertise.

Finally, a word about the Trans Am organizers - to say that 2020 has been a challenging season for all those involved in motorsports is a massive understatement, and Trans Am is no exception, but to their huge credit John Clagget and his team have managed to reconstruct a full 11 race season - the same number of races as originally planned. Well done John and series management!

Next stop for Trans Am presented by Pirelli is at Circuit of The Americas, Austin, Texas November 6 - 8 where the F.A.S.T. team will be fully focused on winning again.