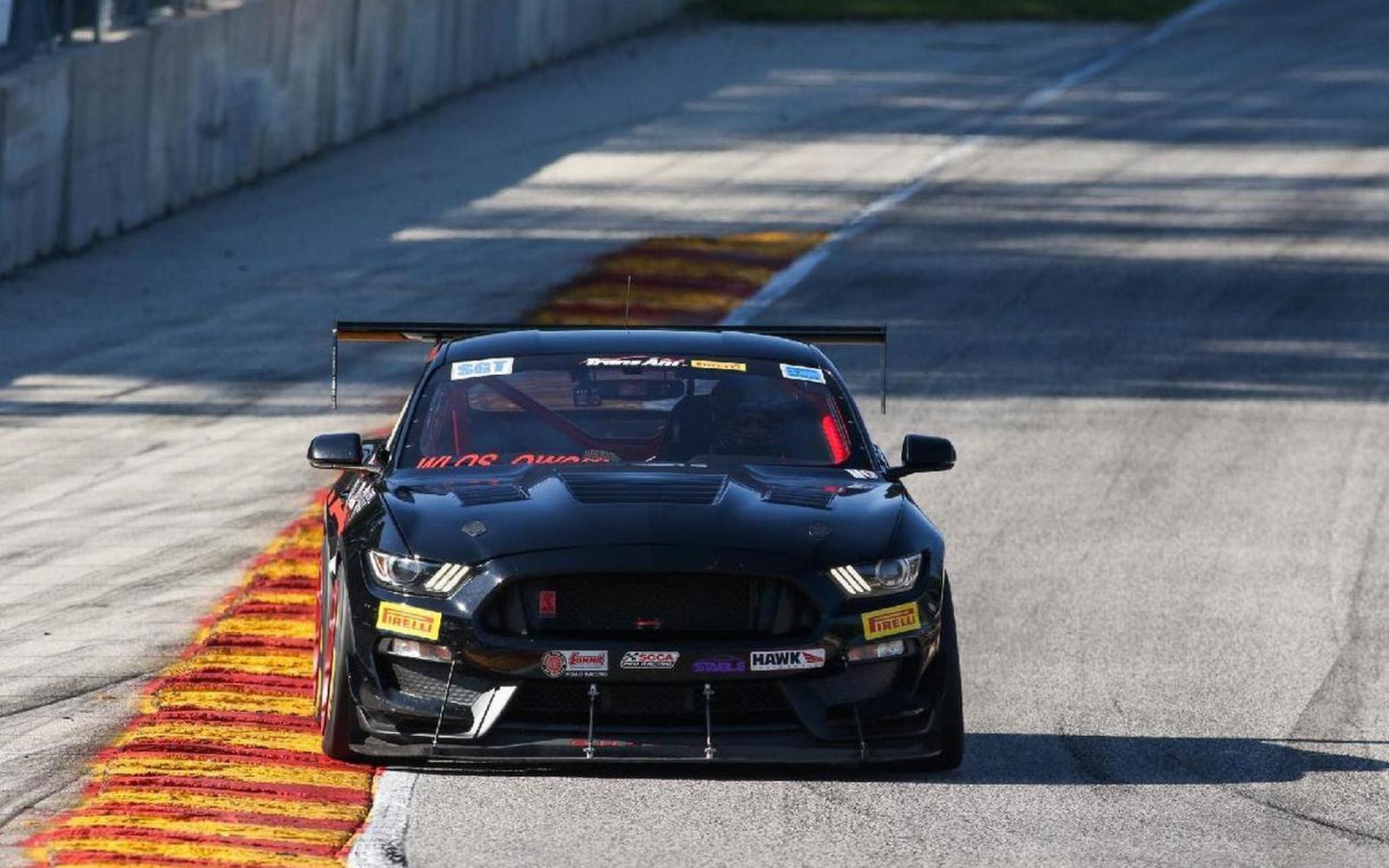 Elkhart Lake, WI - August 9, 2020 - After a tremendous series of results in his first full season in Trans Am, Adrian Wlostowski starts the year off with consecutive podium finishes until heartbreak claims the weekend at Road America. The New York based driver and team principal experienced the flip side of motorsports this weekend in Elkhart Lake, August 8, when a mechanical failure working Lap 19 out of 25 meant a premature end to his race. The Big Apple ace had been running in second place and was surely looking smart for another podium finish.

"The left rear control arm snapped as we were in the closing laps of the race," said Adrian. In what could have been a nasty incident he added, "We had the wheel coming off the rear left. I lost control and spun the car around. Thankfully we didn't hit a wall!"

Adrian had once again progressed through the field, with his F.A.S.T. Auto Mustang putting up a fastest lap of 2:18:364 only second to race winner Lee Saunders, hence his disappointment was understandable when he spoke to our reporter, "I'm disappointed because I felt very good running in second place and I was slowly catching up with the Dodge Viper of Lee Saunders. I felt our car was falling off much less than the Viper towards the end of the race."

Adrian is both a realist and an optimist and he was able to see the bigger picture when he added, "We are still learning where the weak points are with this car and improving with every race. We're very much looking forward to Watkins Glen, Lime Rock, Virginia International Raceway and Circuit of the Americas because we are more familiar with those race tracks and know what to expect."

On an unfamiliar track, Adrian had begun the weekend clocking 2:22:844 in the second testing session, improving that time to 2:18:390 in the second practice session. A time of 2:17:963 meant Adrian qualified the No. 96 F.A.S.T. Auto Racing Ford Mustang in P3 and on the second row of the Super GT Class.

Adrian still picked up 22 Championship points for his trip out to Wisconsin, giving him a total of 102 points and further cementing his position in second overall from 14 contenders in the Super GT Class Drivers' Championship. The next scheduled race is at Watkins Glen next month and in this most challenging of seasons we can only hope that we are able to race at what is a home track for Adrian and the F.A.S.T. New York team.