Stevens-Miller Racing Drops the Curtain with a Great First Act 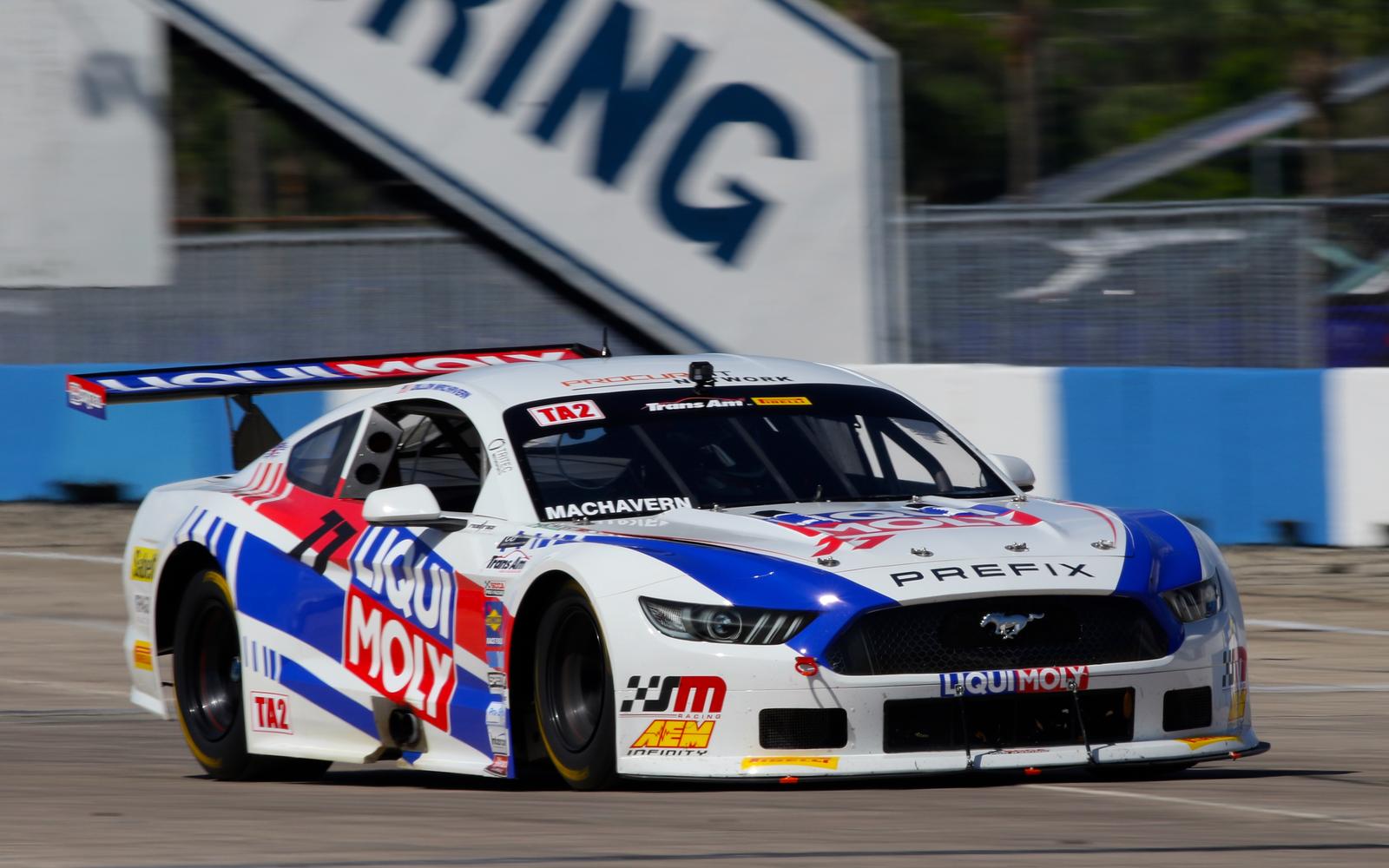 Sebring, Fla.–When “The Trans Am Presented by Pirelli”dropped the curtain for the 2019 TA2 season at Sebring this past weekend, Stevens-Miller Racing (SMR) was ready to perform.

“We came loaded for bear-freshly wrapped transporters, new cars and a great lineup of drivers,” SMR team owner Joseph Stevens said. “We had the challenges a first race of any season can present, but my guys — with the help of PREFIX and AEM engineers — kept after it. We had two cars qualify in the top five and both ran in the top three during the race. Our No. 40 Prefix Dodge Challenger with Marc Miller behind the wheel came home second and we are extremely happy with his performance.”

Marc Miller added, “The team did a great job. This is a new Howe chassis car and we learned a lot this weekend about what it likes­ and what it doesn’t. In the end, we didn’t have enough to get the win, but we’re just scratching surface of the potential of our new Prefix sponsored Dodge Challenger. We’ll be here all year and my intent is to stand on the podium and, hopefully, on the top step.”

Dillon Machavern’s Liqui Moly, Prefix-powered Ford Mustang missed the first test session and only made two laps in qualifying due to a misfire caused by a failed sensor. Despite the issues, Dillon made the best of his two laps qualifing fifth and immediately jumping to third at the green.

“Our Mustang has been a ton of work since we dropped it on the track. Last year in its debut the car was essentially written off,” Stevens said. “Finding the sensor issue Saturday night cleared up most of the problems we’ve been having. Dillon was doing a great job running in third until a sticking throttle forced him to back off putting him in fifth. At the yellow flag restart, Dillon got tagged by another car causing a quick spin and dropping him to ninth. Without the nudge in the rear, Dillon surely would have finished in the top five and without the throttle issue the top three.”

The SMR Liqui Moly Mustang received a lot of attention and the fans loved the livery, normally only seen on European racers. The new look Mustang did its job delivering the message that Liqui Moly has approved lubricants for domestic cars and trucks, not just for European cars.

The new Berryman graphics on the SMR, Brian Swank-driven, Camaro are, as they say, “Worth the price of admission.” The Big Daddy Roth character, “The Chemtooler,” originally designed for Berryman in the 1960s, dominates the new look.

A broken rocker arm necessitated an engine change, forcing Swank to miss qualifying.  The team pulled an all-nighter to get him on the track for Sunday’s race. Starting 29th, Swank did an outstanding job working his way up to 18that the finish.

Swank said, “I really didn’t think we were going to make it. I got in the car while it was still on jack stands. The team fired it up and dropped it on the ground just in time to make it to the grid. Not ideal, but what an effort by the crew to get me on the track. The SMR guys never quit.”

Klutt qualified 14thand was having a great opening to his race running just outside the top 10 when his transmission came apart. “I hate for this to happen to anyone, but Peter is really one of the fastest and most consistent drivers and a really great guy to be around,” Stevens said. “He’ll be at Road Atlanta running SVRA in the Pro Am with his trusty Corvette.”

“The team did a great job all weekend,” Klutt said. “They had a lot going on, but they got all of us on track and in great cars. Stuff happens in racing and it’s how you respond that counts. The SMR guys get after it and they are great guys to be with. It is a great atmosphere under the awning and the new hospitality area is a great touch – my friends loved it.”

“In his first-ever TA2 race, Alex performed very well,” Stevens said. “Wright qualified 18thand had moved his way up the field as he gained more confidence in being on center stage. The car was good, I had a rhythm down and the lap times started to come down. While racing Matt Parent, I ran wide in 10, putting two wheels in the dirt and we made contact. It took the nose off my Dodge and I was done on the spot. I had a great time with the SMR crew and their effort and new hospitality area are unmatched. The guys worked their butts off and the SMR marketing team took good care of my friends and family. I’ll be back at Road Atlanta and plan on making all of the races except Lime Rock.”

Am’s TA2 category. SMR’s staff has earned 25+ podiums, two championships, multiple Hard Charger Awards, Rookie of the Year, and more. The team’s focus is achieving the driver’s desired goals. Whether that'd be just having fun, developing driver skill, or winning championships, SMR does it all and has the winning history to back it up.