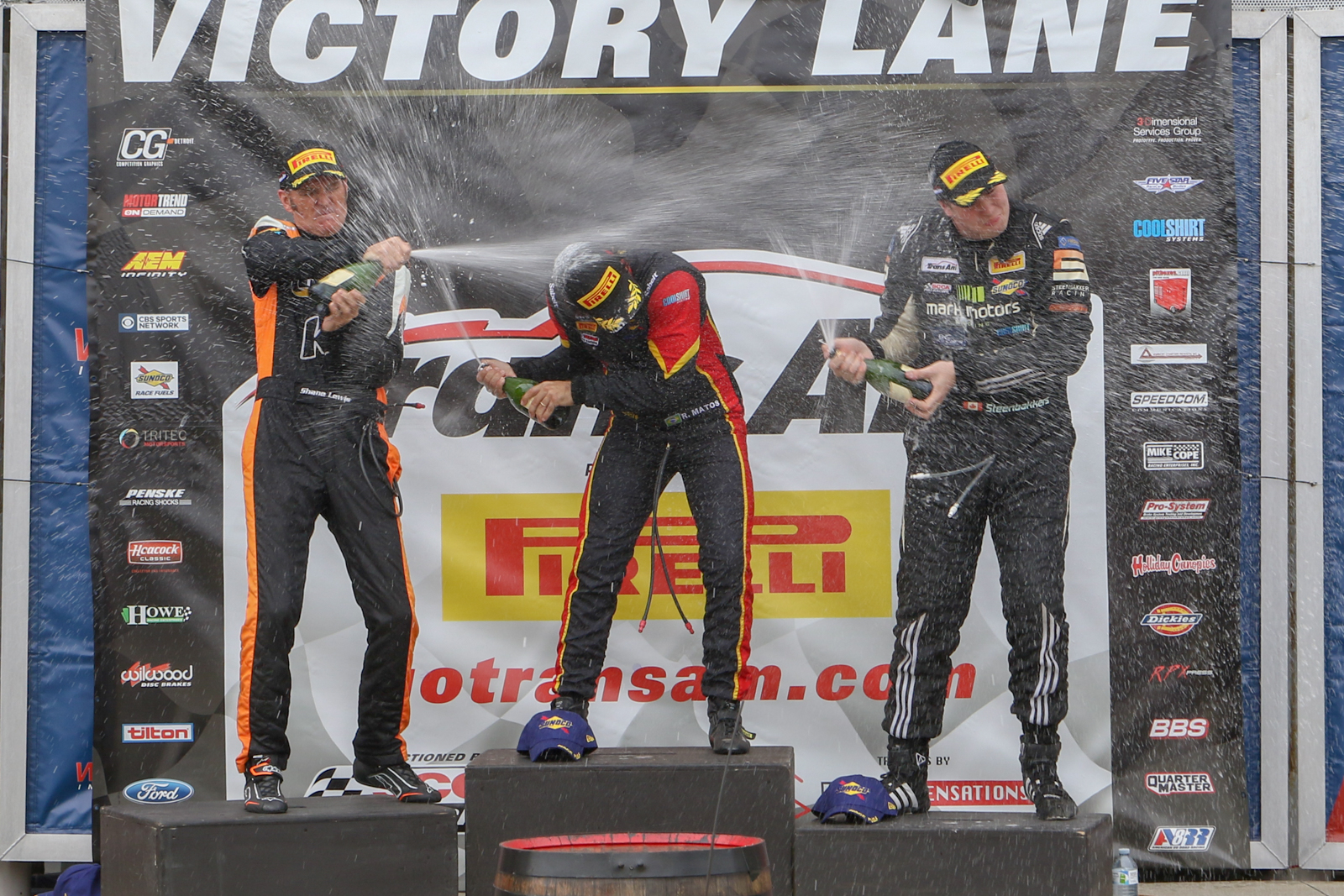 WATKINS GLEN, N.Y. [September 9, 2018] – Rafa Matos and the No. 88 3-Dimensional Services Group Chevrolet Camaro emerged victorious today in the Trans Am Series presented by Pirelli’s TA2 class at Watkins Glen International and with the win took a commanding lead atop the championship point standings.  Shane Lewis and Harry Steenbakkers also featured on the podium as Trans Am closed out its 30th apperance at Watkins Glen.

Matos began the race in third position on the 22-car TA2 grid but would overtake Louis-Philippe Montour for second on the exit of turn one shortly after the green flag waved.   Matos and the No. 88 settled into pursuit of pole-sitter Scott Lagasse, Jr., in the No. 95 SLR/ Fields Racing/ M1 Fastrack  Chevrolet Camaro, with points runner-up Tony Buffomante, in the No. 26 Mike Cope Racing Ford Mustang, running in third position just behind.

The trio will remain in that order through the 19th lap of the 30-lap contest, a lap that saw the No. 26 of Buffomante enter the pits with electrical issues that would eventually end his day and the No. 95 of Lagasse stopped on track with transmission issues.  A full-course yellow would emerge to retrieve the No. 95 and Matos would take the lead.

Matos would lead the remainder of the race, holding off the hard charging Shane Lewis, in the No. 92 Turn Key Industries/ Surphis Chevrolet Camaro, through two restarts and the remaining laps for the victory, his fifth in nine rounds this year.  The win, paired with Buffomante’s misfortune, sees Matos exit Watkins Glen with a 58-point lead with only three rounds remaining and a potential TA2 championship looming.

“It’s getting closer, it’s getting closer,” said Matos.  “I would have been happy with a second place today; it would have been a good championship result: finishing second to Lagasse and staying in front of Buffomante. The victory fell in our lap, and Buffomante was out.  Nobody deserves to be out for the final part of a championship, but Tony is a champion— he’ll fight back.  I’m just really proud of the 3-Dimensional Services, Coleman Motorsports group— those guys work so hard.  We fight every day; in the shop, in our car preparation, or at the track: we never give up.  I want this for them. This team deserves this championship, every single one of them.”

In a day that saw other rivals for the win sidelined with mechanical issues, Matos’ No. 88 continued its remarkable streak of consistent finishes, something Matos credits to not only his team but the car builder.

“Hats off to Howe Enterprises for giving me such a reliable car,” said Matos.  “A car that can be fast in any kind of conditions, and still last the entire race; Howe and Prefix motors deserve so much credit.” 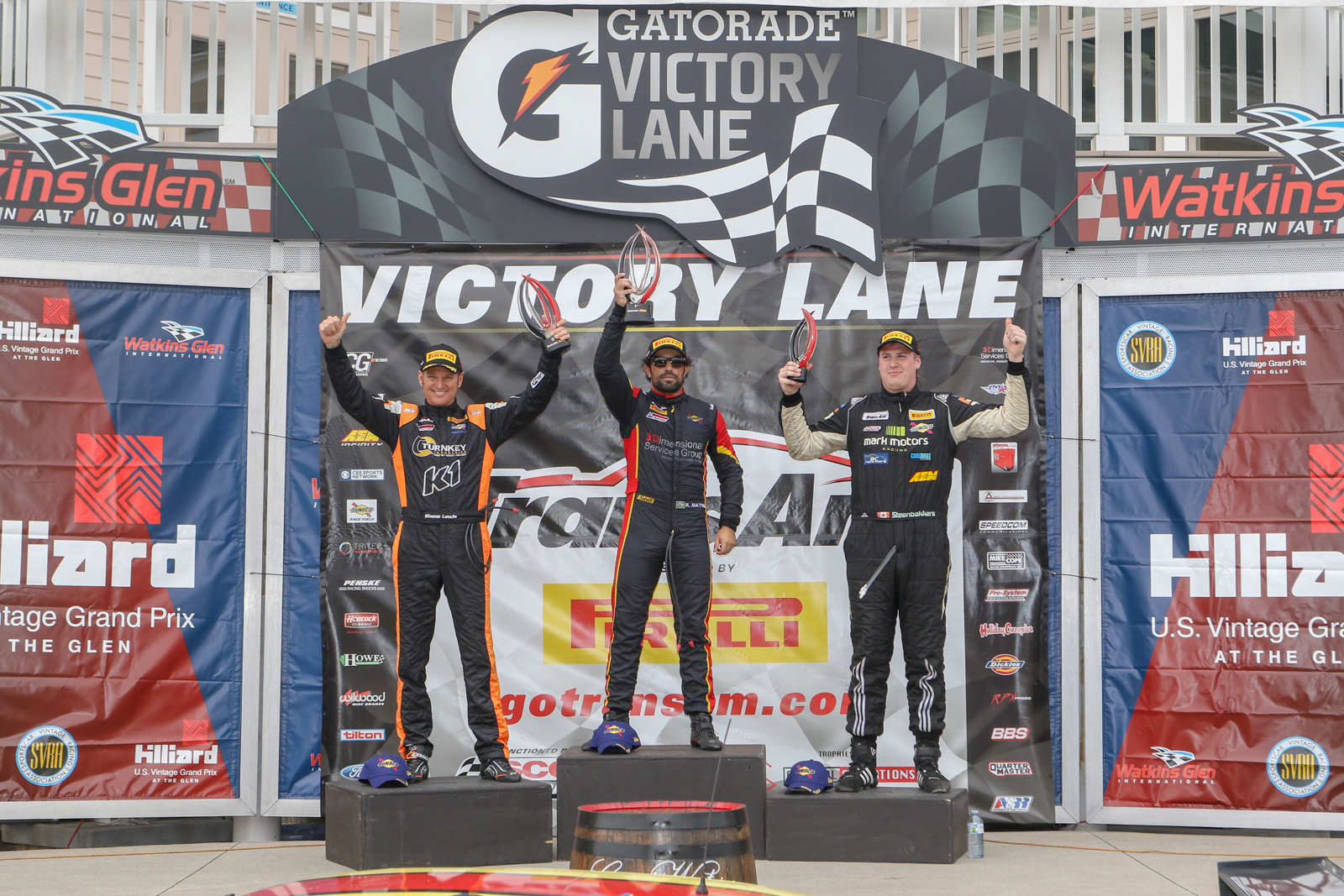 Lewis would finish second in relative comfort for his first podium finish of the 2018 season in the Napoleon Motorsports No. 92 while also setting a new track record 1:51.660 fast lap for the race.  Even with that speed in hand, Lewis did not feel he had the pace to catch Matos over the final seven laps of the contest.

“I was trying to catch up to Rafa,” said Lewis.  “But it just wasn’t happening.  He was like the professor out there; I was sliding the car all over trying to speed up, and he was just hitting mark after mark. I knew I wasn’t going to beat that kind of professionalism, but Napoleon Motorsports gave me an awesome car.  We brought three cars to this event, and the team worked unbelievably hard.  It’s an awesome honor to bring this finish home for them.”

Finishing third for his first career Trans Am Series podium appearance was Harry Steenbakkers, in the No. 25 BC Race Cars, Ottawa West Development Chevrolet Camaro, delivering BC Race Cars their first TA2 podium finish of the season while completing the Chevrolet Camaro sweep of the class podium.   Steenbakkers began the race in eighth position but climbed consistently, moving into third position on the final restart.

Ethan Wilson, in the No. 49 Berryman/ Prefix Dodge Challenger, would cap off his weekend with a career best fourth place finish after starting fourth on grid and battling back from seventh position.  Wilson’s teammate, Marc Miller, making his first TA2 start since Round 3 at Homestead-Miami, would complete the TA2 top five and secure Stevens-Miller Racing two spots in the top five after racing up from tenth on the starting grid.

The Watkins Glen Muscle Car Challenge ran for 30 laps around the 3.4-mile Grand Prix course for a total of 102 miles.  The competition underwent two full-course cautions, the first spanning laps 20 through 22 to retrieve the No. 95 of Lagasse, and the second from lap 23 to 24 to retrieve the No. 63 of Bob Lima, stopped without power.

Earlier in the weekend the Trans Am Series presented by Pirelli held the Watkins Glen Trans Am 100 a 30-lap multi-class contest that saw Tomy Drissi, Mark Boden and Warren Dexter secure class victories.

The Trans Am Series presented by Pirelli will return to the track at Virginia International Raceway September 20-22, 2018, for the VIR Trans Am 100 and VIR Muscle Car Challenge. 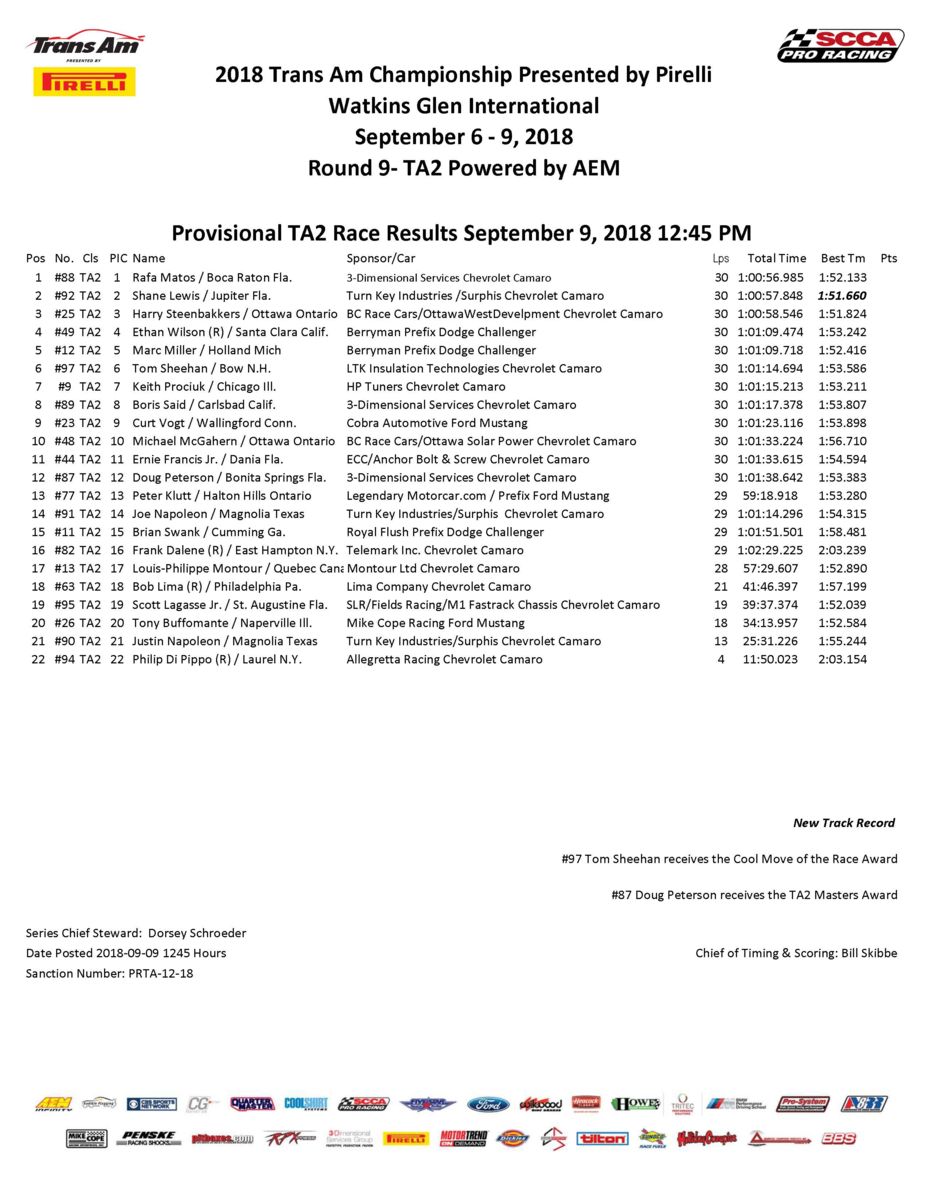