Matos and the No. 88 3-Dimensional Services Group Chevrolet Camaro enter the weekend with a 32-point lead atop the TA2 class point standings, ready to take the next step as he and the Coleman Motorsports team eye the TA2 championship.  So far, so good, with the No. 88 turning a 1:52.812 lap around the 3.4-mile Grand Prix course to top the session’s 21-car TA2 field.

Second quick in class was Shane Lewis, in the No. 92 Turn Key Industries/ Surphis Chevrolet Camaro, with a 1:52.946 in his first TA2 appearance since Indianapolis Motor Speedway, three rounds ago.

Buffomante, currently second in the points and tasked with reeling in Matos over the next four rounds, was third quick in the session with a 1:53.020, but not in his customary blue No. 34 but the white No. 26 Mike Cope Racing Ford Mustang.  The 2017 Watkins Glen race winner and Mike Cope team opted to swap following motor issues during testing, producing a strong result in practice— the car’s first session of the weekend.

The Trans Am Series presented by Pirelli will return to the track this weekend at 5:30 PM EDT for TA, TA3 and TA4 qualifying sessions to determine the starting order for the Watkins Glen Trans Am 100, an identical 30-lap, multi-class competition on Saturday September 8 at 11:20 AM EDT. 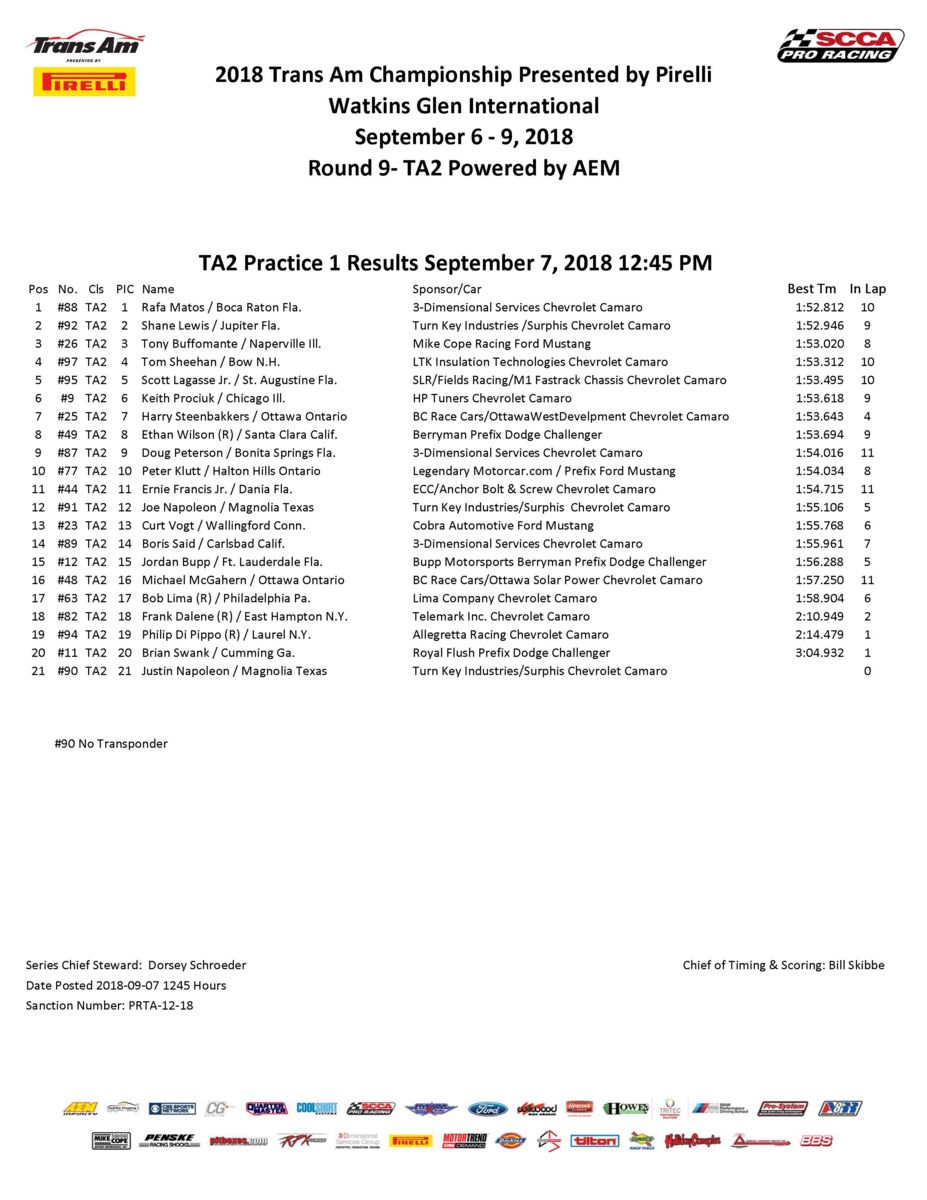 2017 Trans Am Series at Watkins Glen: